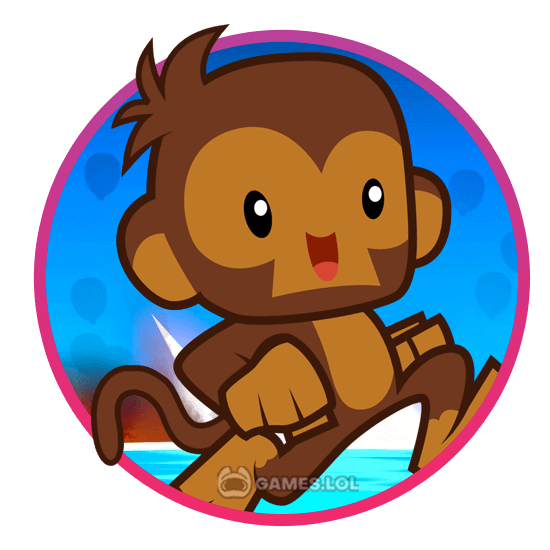 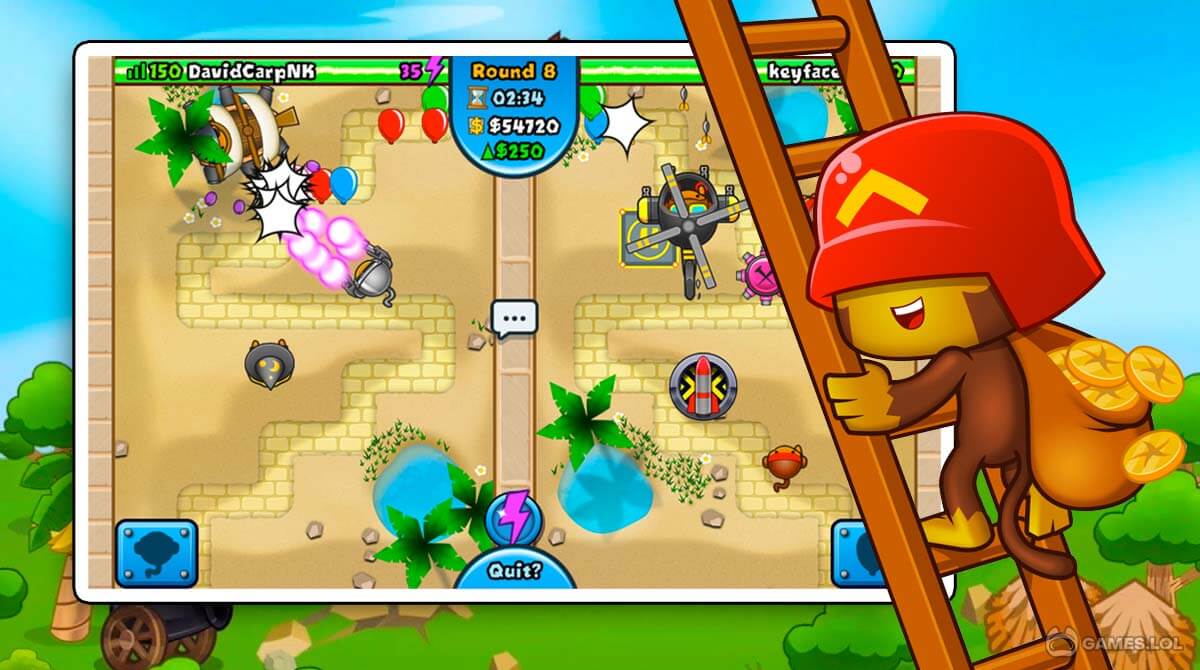 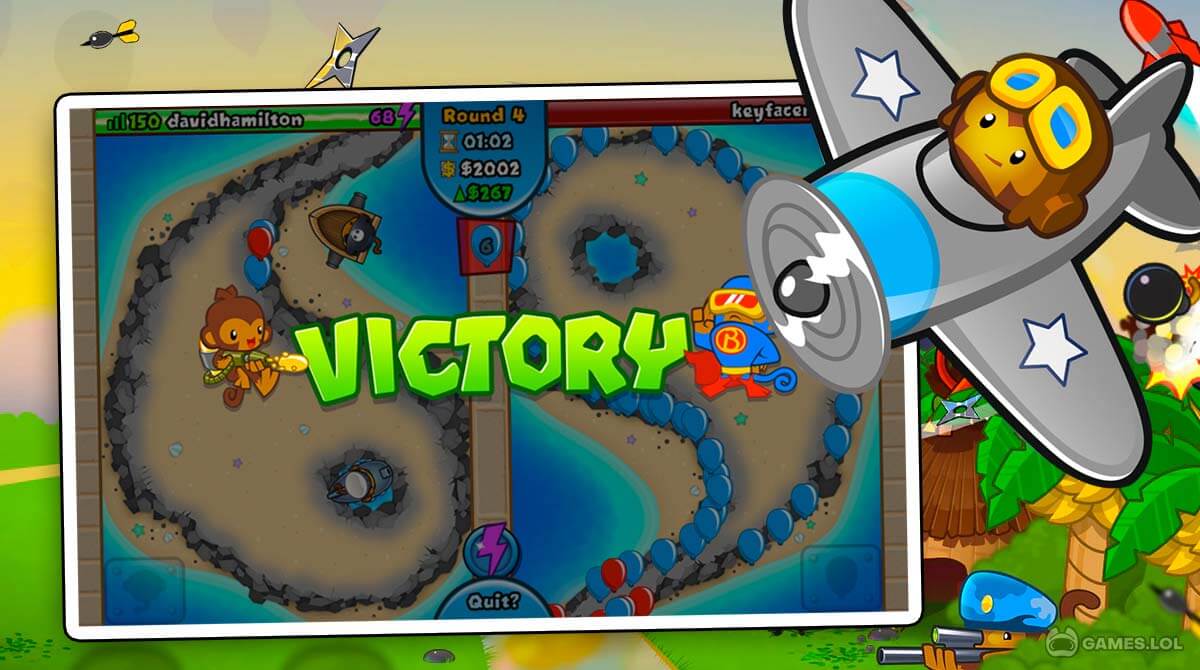 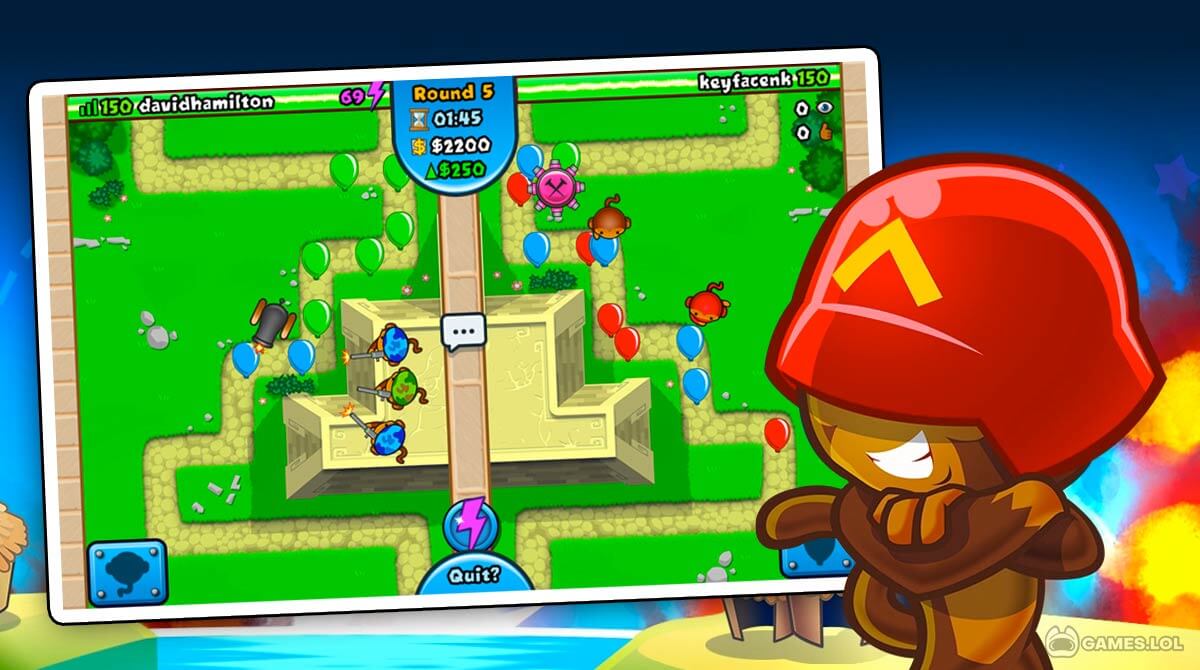 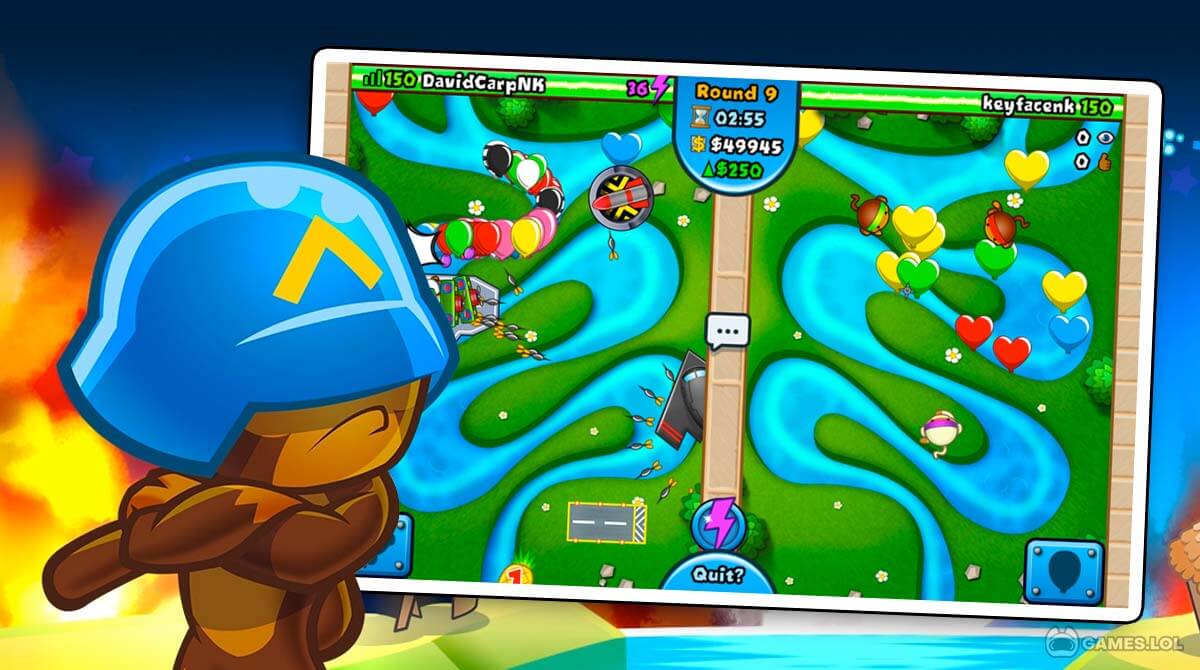 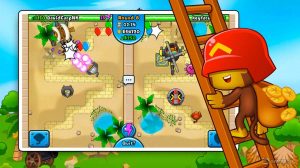 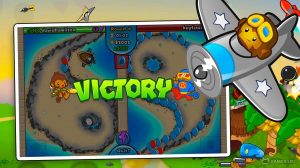 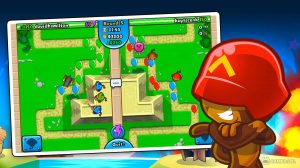 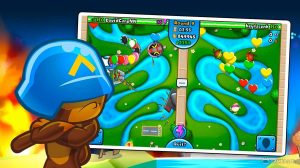 Following the famous tower defense series, Bloons TD, where monkeys have all means to defend themselves from the balloons, is another game that will surely test your gray. The fun balloon-popping wars continue in Bloons TD Battles but with a twist.

Published by ninja kiwi, this tower defense game shows off loads of challenges. Here, you are not only aiming for the balloons; you also need to match your monkeys against the live enemies. So, if you have what it takes to be the best monkey, let’s see what you’ve got in this fantastic multiplayer game.

If you are new to Bloons games, the game will help you understand the basics through tutorials. Here, you will undertake head-to-head two-player combat where you need to plant incredible towers and do the necessary upgrades to boost the defense of your tower.

You will get a chance to take 22 impressive monkey towers, and each of them works with eight potent upgrades. There are four different modes to play; assault, defensive, a battle arena, and card battles. Each mode depicts distinct mechanics suitable to the player’s perspective.

There is a simple way on how to defeat your opponents. That’s to ensure that you pop all the balloons on your side to monetize and don’t consume your lives. If you want to give a hard time to your enemy, you can utilize the collected coins in popping the balloons for extra balloon waves rather than new towers. So, if you want to conquer the game, you have to come up with a tactical plan on how to defeat the monkey enemy.

So, are you ready to conquer the 27 custom battle tracks? Take your tactical strategies now! Are you longing for a long game or something to rush and pop those balloons quickly? It’s your call! But, if you want to know more about this balloon popping war game, download this bloon game now!

If you are fond of playing strategy games and aiming for something challenging? Well, download this game right away. For more free games, you can download games like Tower Defense King and Eredan Arena PVP on your PC.