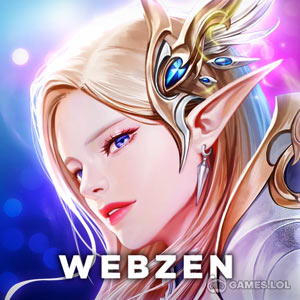 The land of the Vikings is suffering from a plague wreathed upon by the gods. However, death no longer exists, preventing those who passed on to enter Valhalla. This is the situation that you’ll face when you play Frostborn: Action RPG, a role-playing game published by Kefir!

In this game, you play as a would-be hero who’s trying to revive the eminence of the lands of the Vikings. However, doing this won’t be easy, so expect to meet challenges within your missions and quests. Aside from that, this action RPG also requires you to construct a base and gather resources.

If you want to know more about how you can play Frostborn, read on.

What You Need to Do in Frostborn

Frostborn is not like many RPGs out there since it also comes with a building concept. It uses a hack and slash battle system, so this means battles can happen whenever you encounter enemies. When you first play this action RPG, the first thing you need to do is to select your class. You can choose between the warrior, mage, or archer. All classes will have their advantages and disadvantages, so make sure to select a character based on your gameplay and preference.

After that, you’ll undergo a tutorial in Frostborn, where you’ll learn about gathering resources, building things, and completing quests. You will have two bases in this game: your district and your camp. Your district is like your town, where you get to construct different buildings that will play an important role in your development. Your district can also earn you some resources whenever other players visit or from the residents themselves.

On the other hand, the camp acts like your personal shelter outside your district. Unlike with the district where you construct various buildings, you build a shelter in the camp. This means you have to construct the floorings, walls, doors, and so on.

Constructing in Frostborn will require resources. You can gather them either within your camp area or other locations. You will also need to craft certain tools to help you acquire large chunks of resources. Examples of these include crafting an ax to chop a tree or crafting a pickaxe to break down large stones.

Amazing Features to Expect When You Play Frostborn

Frostborn is an awesome action RPG where you get to play a hack and slash game while also enjoying a building aspect. If you are looking for other action games to play, you can also try out Trap Dungeons 2 and Darkness Rises. They’re exciting and interesting action games you’ll be entertained with. So, try them out now!