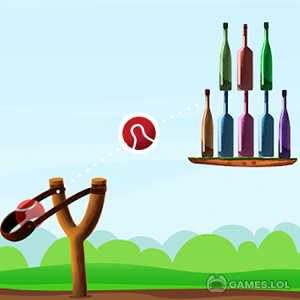 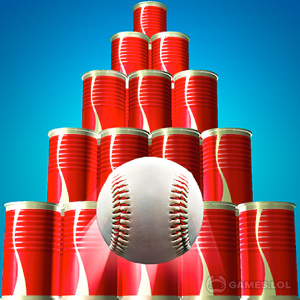 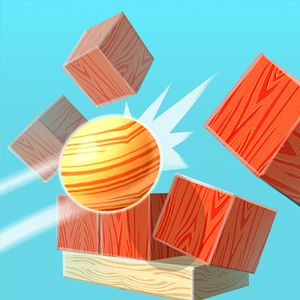 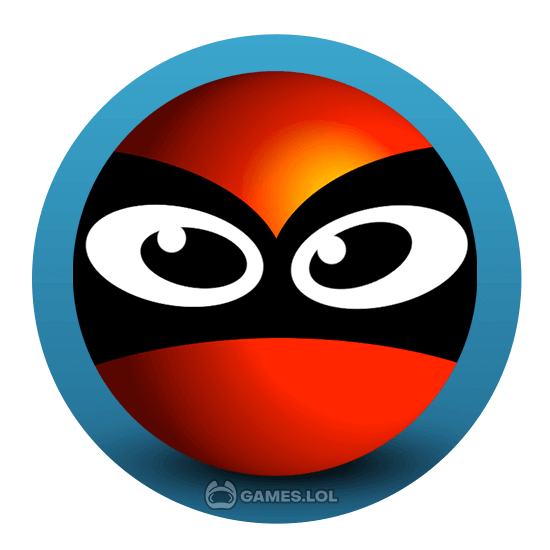 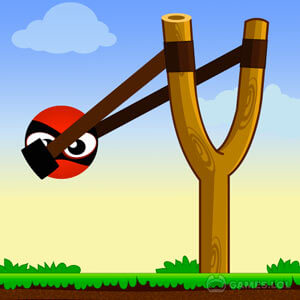 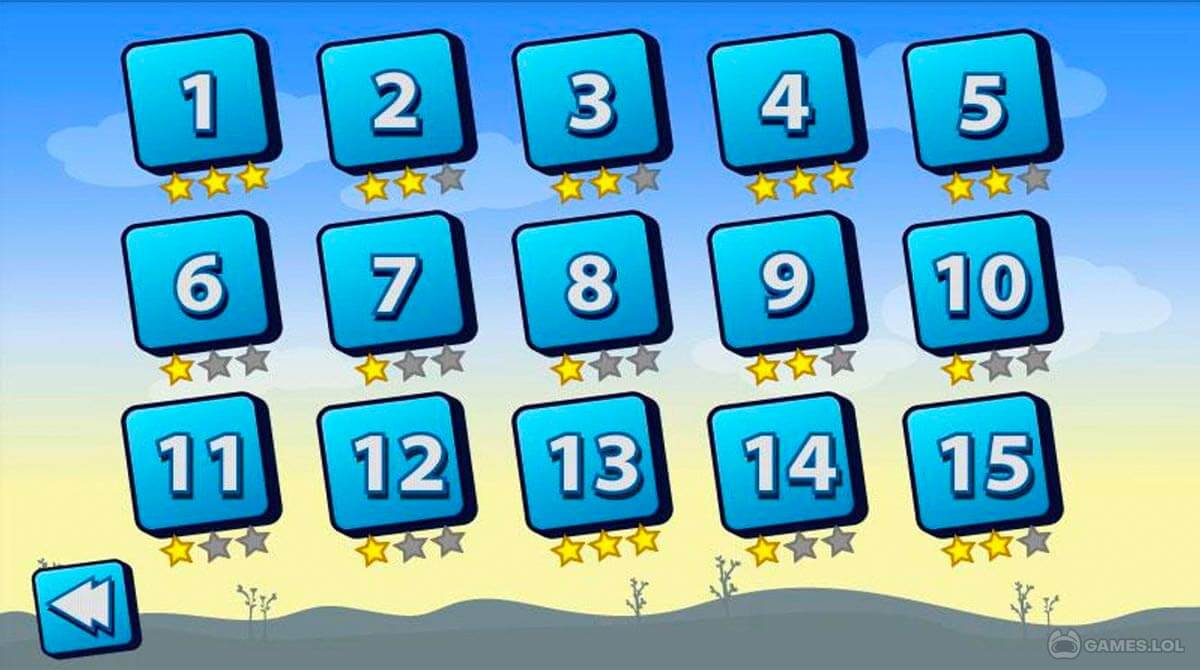 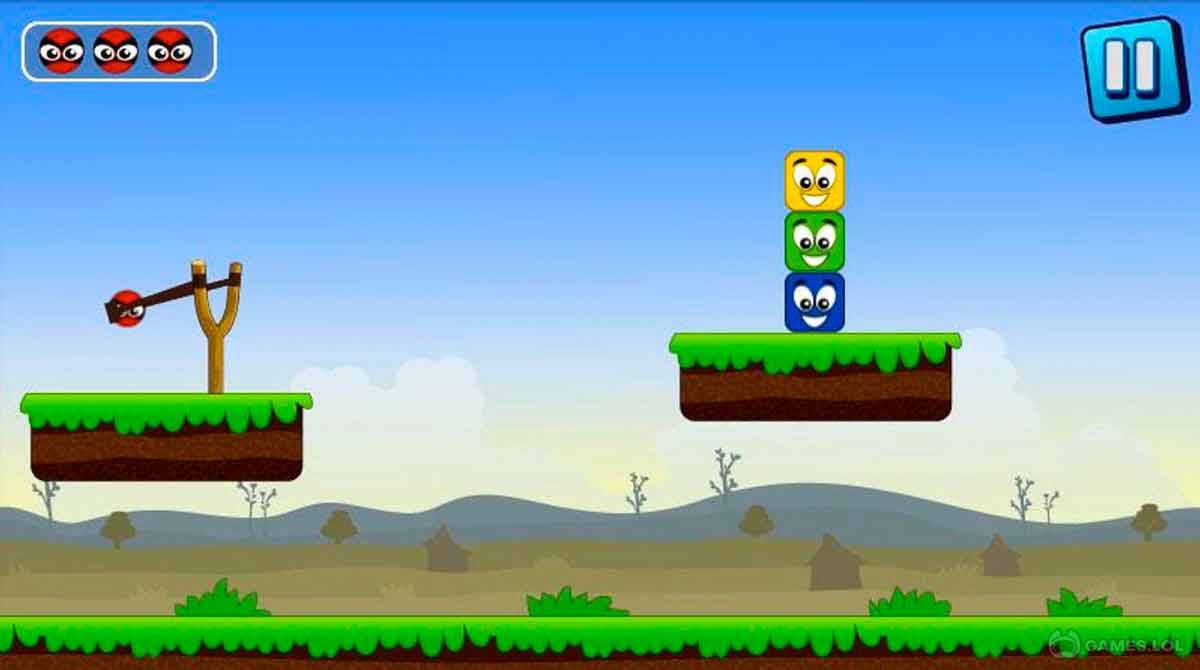 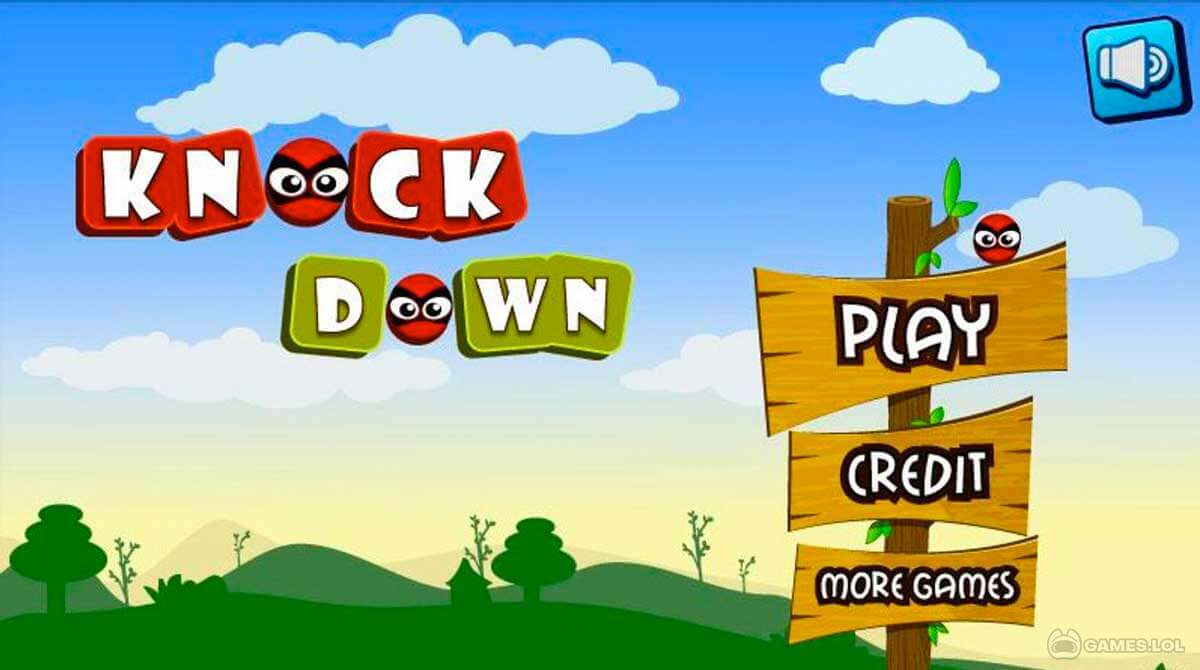 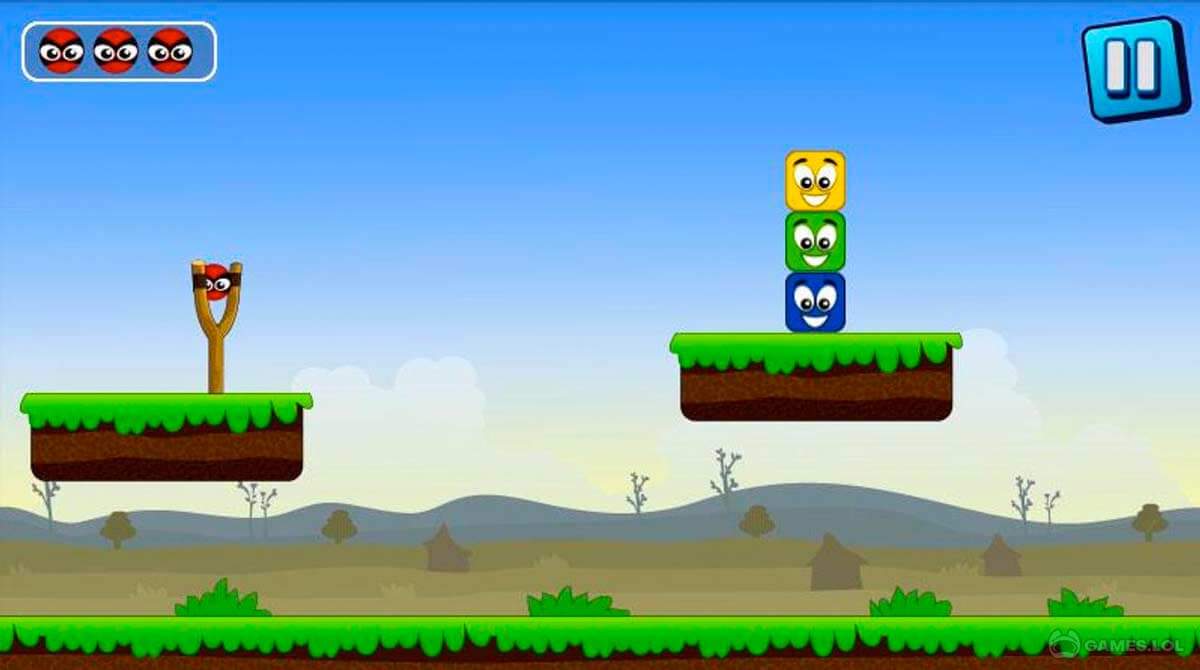 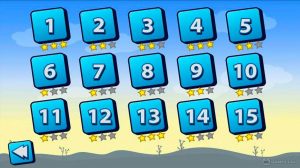 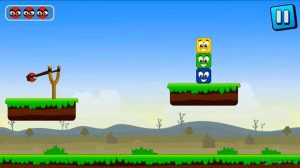 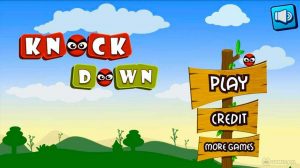 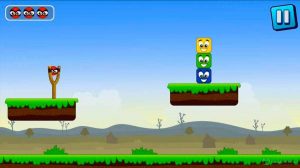 We’re sure you have played Angry Birds before or at least any other slingshot games. But if you never did, it’s alright. Knock Down is a great introductory game to the subgenre of physics-based catapult games. There is no story in the game, just a very simple goal. You take control of a catapult with little red balls of busting that just want to bring down a group of squares in this Knock Down unblocked arcade game. Sounds like a metaphor of extroverts trying to catalyze introverts. Anyway, on a serious note, you’ll toy with these critters and bring down the snobbish cube creatures. There may only be a dozen or so levels at the moment but the developers promise more stages soon! On top of that, they will also add more modes to the game too! Read on to find out more Knock Down tips and guides.

The controls are simple enough: you drag to pull the ball and adjust your aim then release to sling its way to the squares if you can. On the contrary, the real deal here is the carefully laid-out levels which will test your strategic skills. Some levels are simply just bashing the balls on the cubes on a plain field. Others involve a more tactical approach such as taking advantage of surroundings or avoiding indestructible obstacles.

There are only 22 stages of these but each one of them provides a unique challenge that is different from the one before. At any rate, you will need to retry each level a few times if you want to perfect every stage with 3 stars. 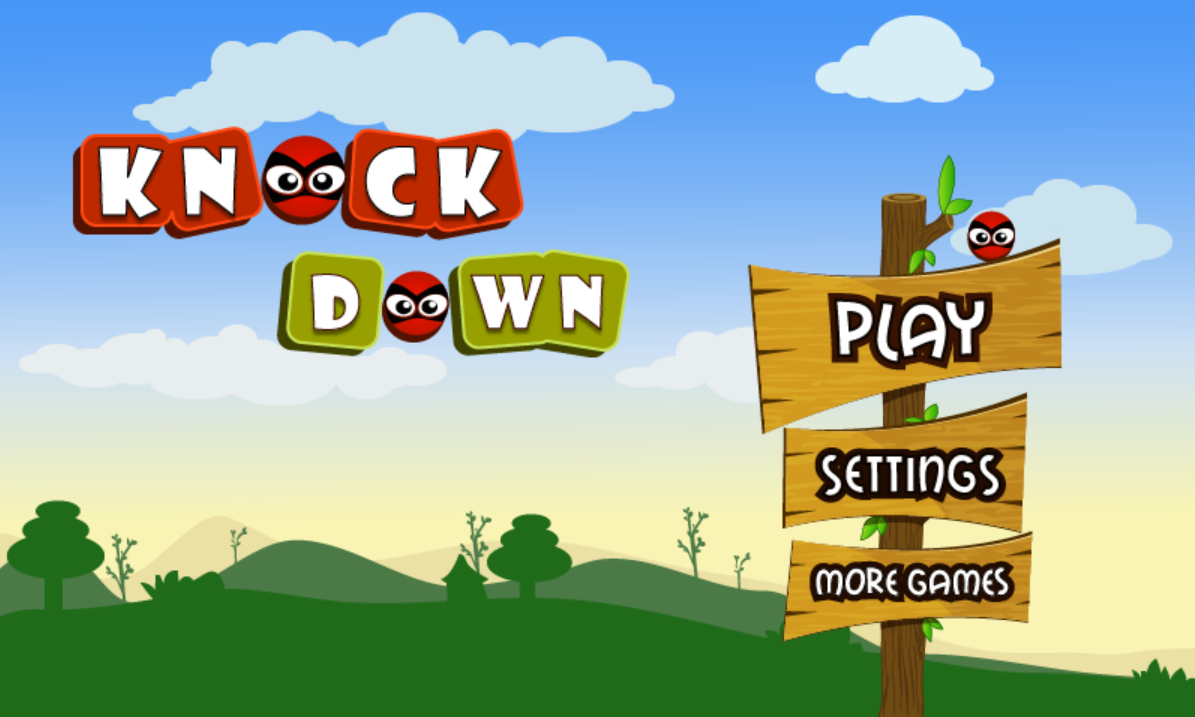 Great Use of Physics

Physics is the essential foundation in Knock Down. It is what makes the game work in highly creative ways. If you’re not good at Physics in school, do not worry. In fact, this game might even help you with that especially when it comes to the arcs and the laws of gravity.

Better yet, the game also tests the level of your mechanical skills, by forcing you to analyze each level. Pardon us if this feature sounds a bit too scientific but trust us when we say you’ll have fun with Science here; all laid out in a cute yet bizarre theme. 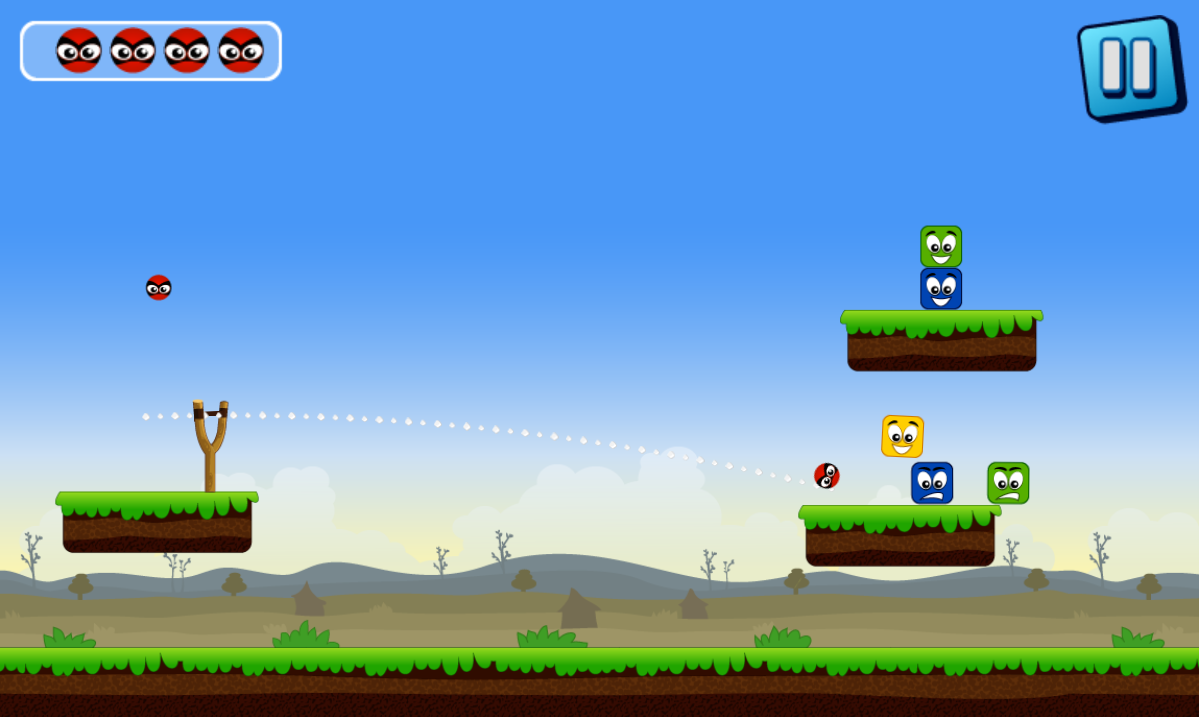 Exploiting the Worlds is so Much Fun in Knock Down!

Sure, you can always knock down cubes directly with the angry balls but the game highly encourages you to use the environment on each level. Why? To play the game in a more creative way, giving you more chance to earn 3 stars! However, doing so is not easy. As a matter of fact, you will find yourself retrying levels a lot. especially in the last few levels that almost seem impossible. Ricocheting on walls, breaking glass, and even using crashed balls to do a domino effect on cubes add replayability to the game! Learn the best tips and guides for Knock Down.

As we stated in the features, you can always use a more direct approach in Knock Down directly. Just catapult those balls on the darn cubes, right? But what if we told you that the game recommends you to do more creative moves?

While it’s true that the game looks deceptively easy, it’s not. You will need to analyze each stage carefully. Look at vantage points on every corner of the environment. Some are designed for ricochets; others are made to confuse you. On the other hand, if you manage to predict the moves right, you’ll knock down cubes just once or twice in one swing. 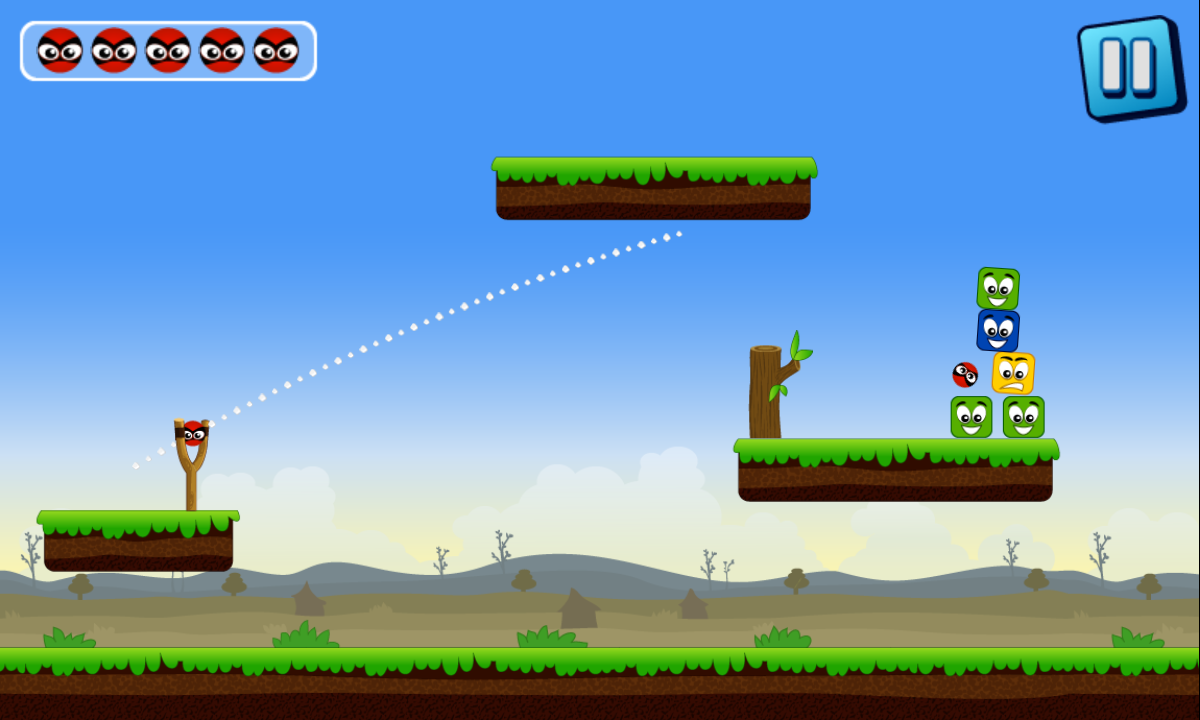 Try Not to Pull Back the Sling Too Much

Naturally, you’ll be stretching the slingshot until it reaches the very end. But, doing so can make or break your attempts; mostly, shots will end up too strong. However, did you know that you can pull the sling even just halfway before releasing it? Certainly, this is best used for when you need to do lob shots or need to hit cubes that are awkwardly placed in the stage.

It won’t do 100% power but it gives you more control. Especially if you want to play it safe and only require to end the level by pushing down that one annoying cube that doesn’t seem to move at all.

Show off your Knock Down skills and download this unblocked game for free! Discover the arcade games that started it all, like Angry Birds, Angry Birds Rio, and Angry Birds Star Wars!