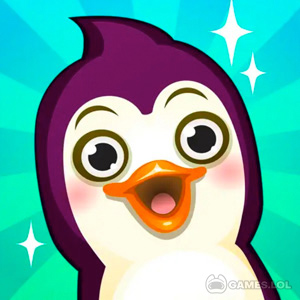 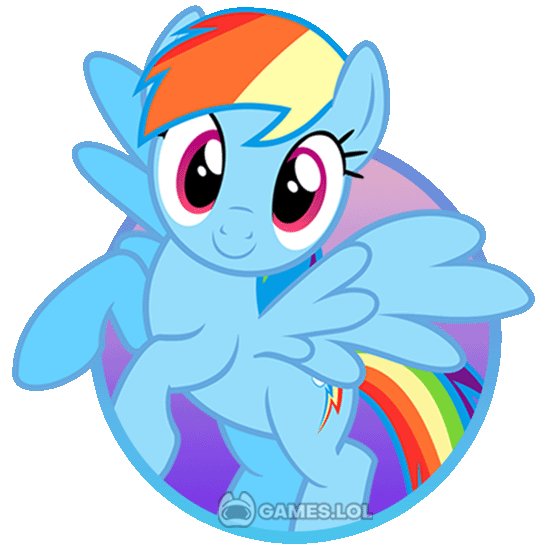 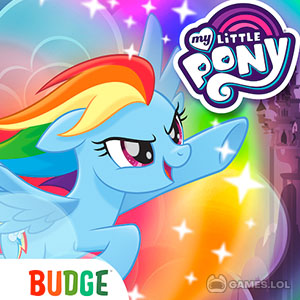 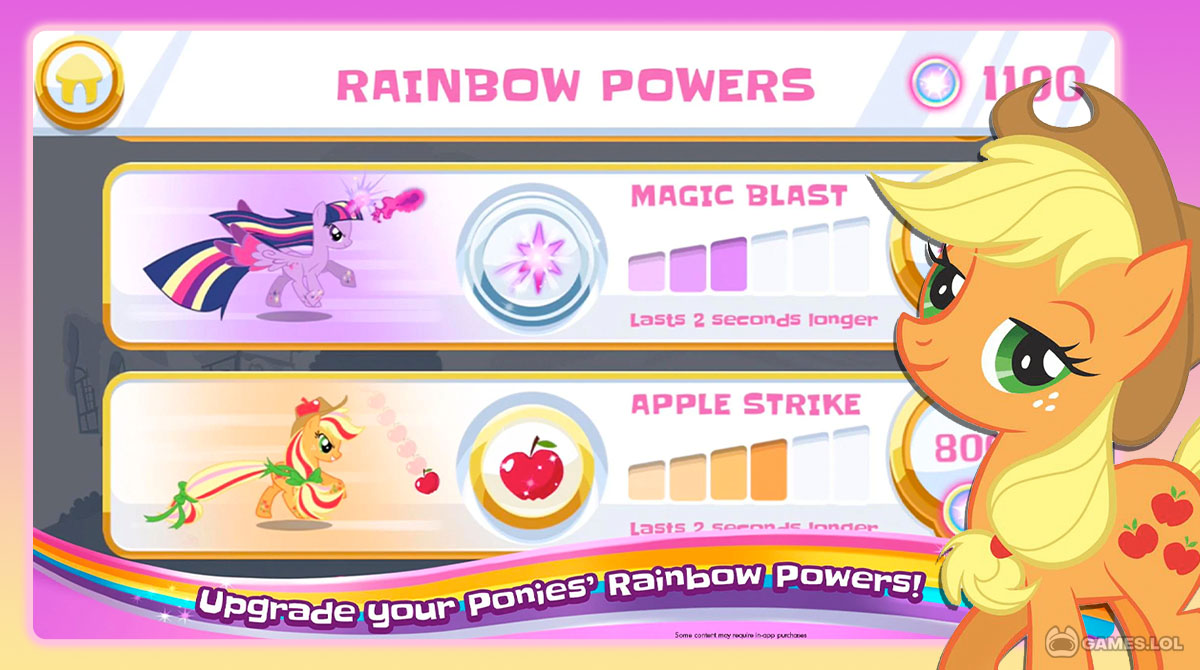 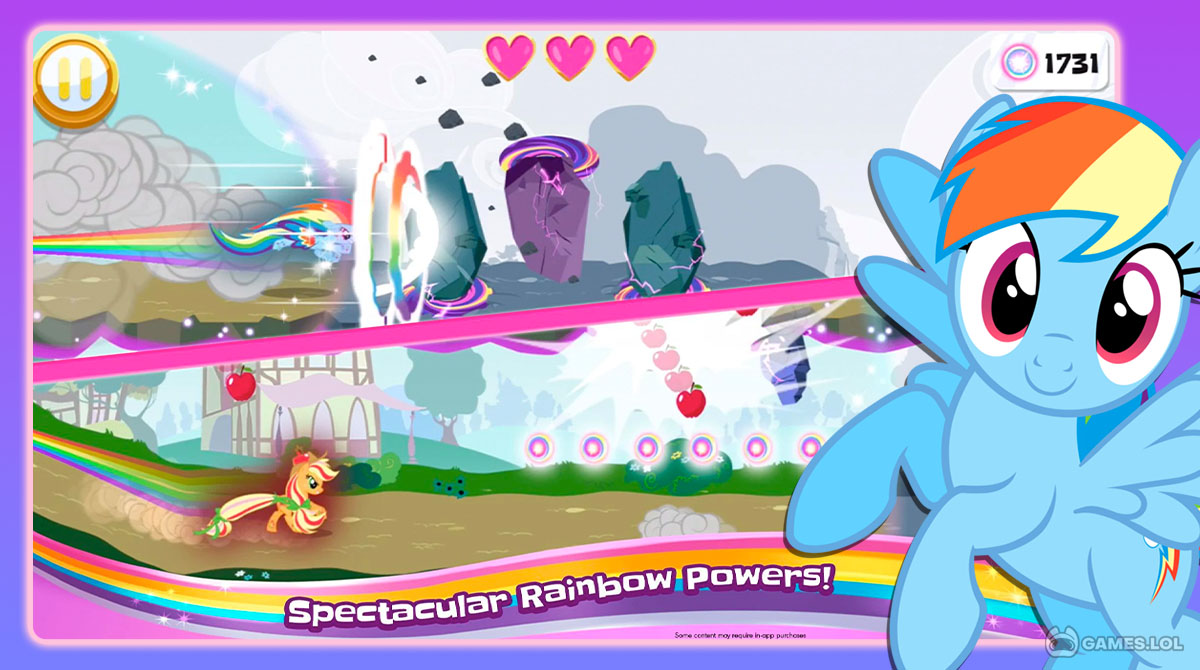 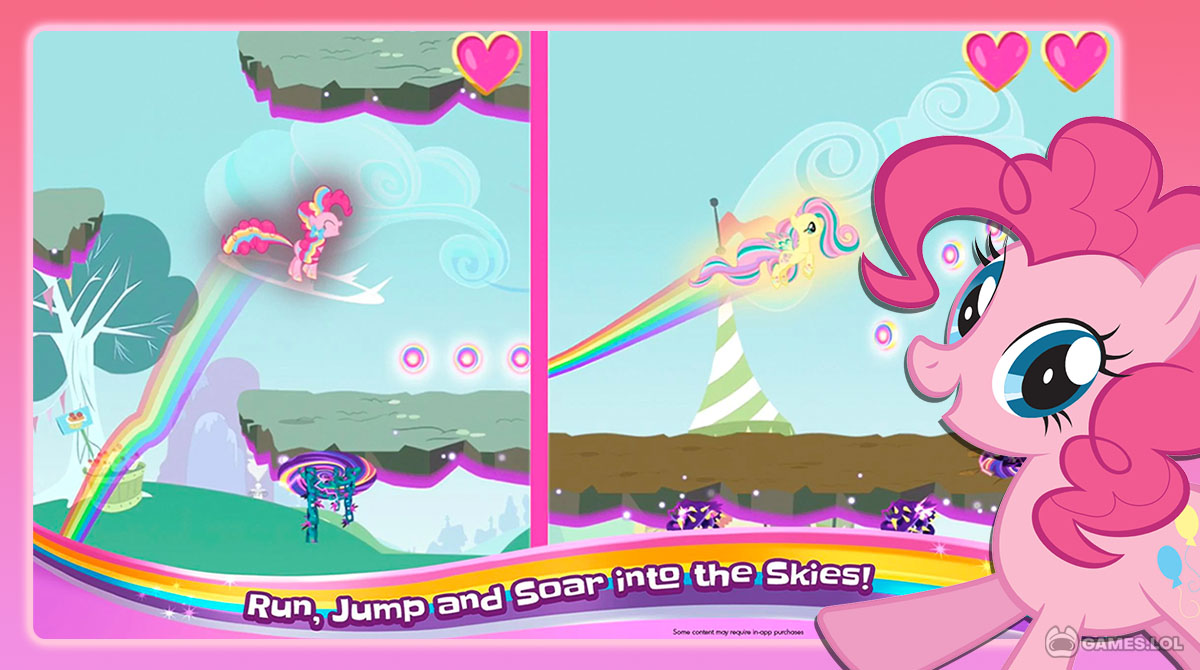 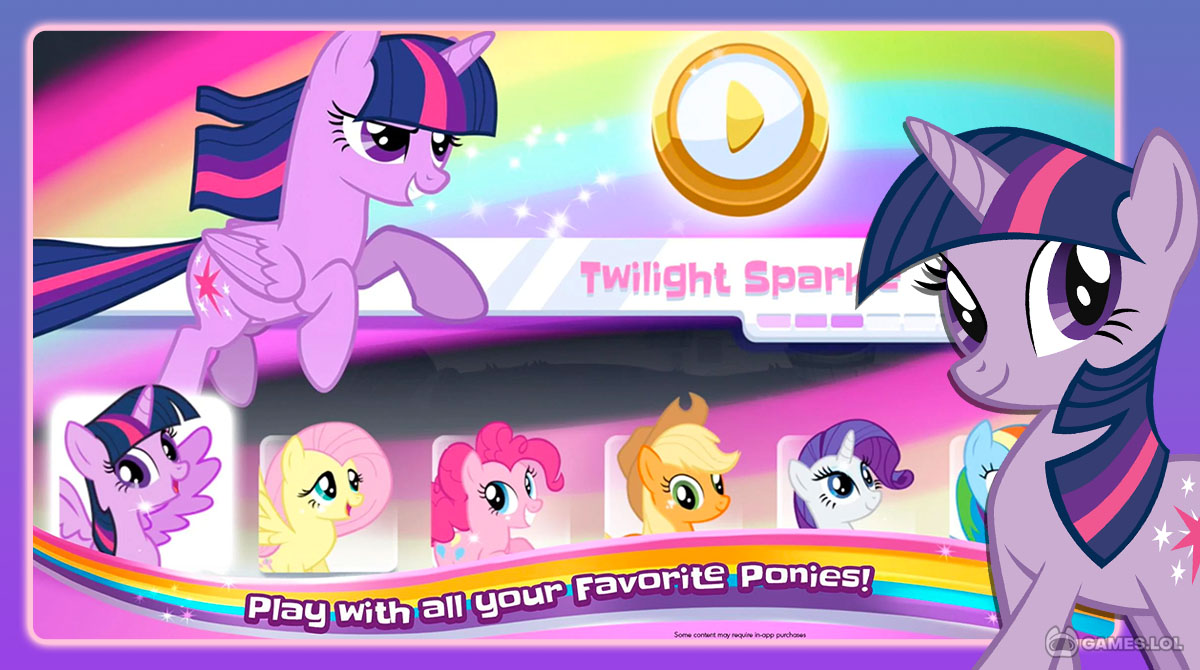 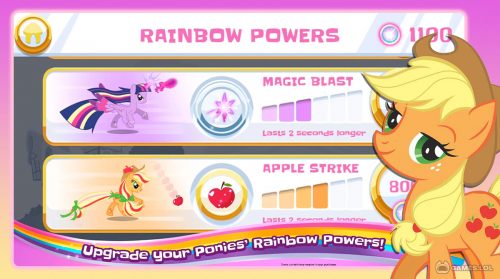 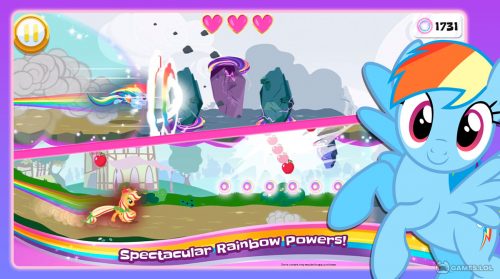 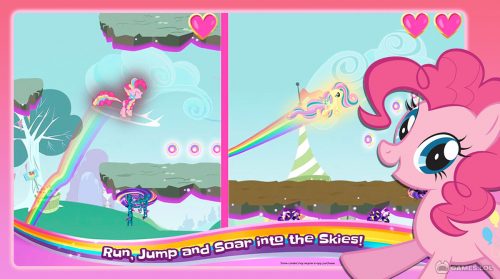 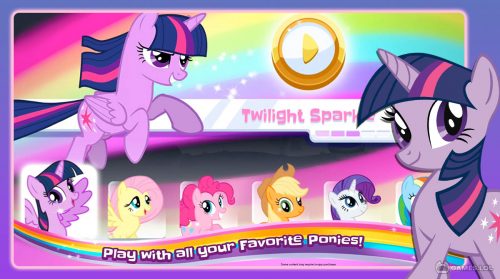 It’s easy to be amused by colorful objects. But what about colorful ponies? Well, My Little Pony Rainbow Runners can give you that. This action game boasts a colorful environment suitable for kids and fans of rainbows. So if you love games with colorful rainbow-like environments and characters, this game won’t disappoint you.

Published by Budge Studios, you can play My Little Pony Rainbow Runners online on PC. Here, you will encounter challenges and earn rewards. Just make sure to keep your ponies moving forward. What’s more interesting is you can teach your kids this game. With its playful graphics and adorable characters, this game is suitable for them. If you love to know more about this game, keep on reading below.

At the beginning of My Little Pony Rainbow Runners, you will be playing the role of Fluttershy. There will be a short intro telling her story. It’s narrated in a forbidden library full of colorful books. The library alarm will then sound, which begins your journey. As Flutershy, your task is to prevent the book named Discord from stealing the colors from the entire land. As you accomplish this mission, you will face challenges that hinder you to finish the journey. However, all you have to do is to use your screen to avoid these challenges.

My Little Pony Rainbow Runners PC also makes you earn rewards. Along the way, you will encounter hearts that stabilize your stamina. You will also encounter a reward called Pegasus that enables you to fly high. So it’s an important reward for you to jump on higher obstacles. What makes the game more friendly is it instructs you on how to move your fingers either on your screen or keys. Overall, your task is to avoid obstacles and collect the coins.

Unleash the Power of Friendship

Later in My Little Pony Rainbow Runners, Discord already unleashed wicked magic that eats up all the colors. You’re late to prevent him from doing that. But there’s no need to worry. There are other ponies that you can use to accomplish the task of bringing back the colors. Interestingly, My Little Rainbow Runners then allows you to unleash the power of friendship. It’s the next power that you need to use against the forces that steal the color-filled land.

In addition, you have to repeat the journey again and unleash the power that’s mentioned before. Just like at the beginning of the game, you need to run to unleash it and avoid all the obstacles. The only difference is that these obstacles are becoming more complicated and require your attention to bring the colors back.

Play My Little Pony Rainbow Runners game on your PC for free. For more related action games, you can find them here in Games.lol. Moreover, you can try The Way Home: Pixel Roguelike and Wild Tamer for free!