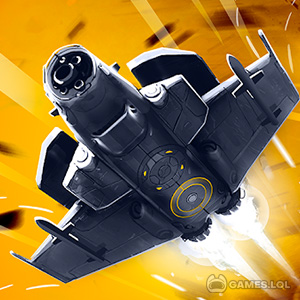 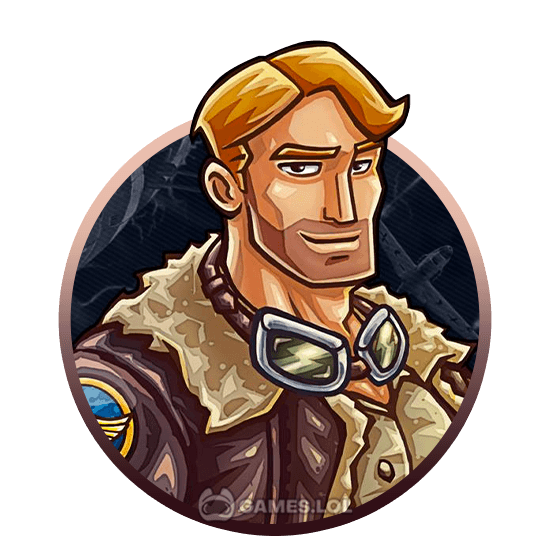 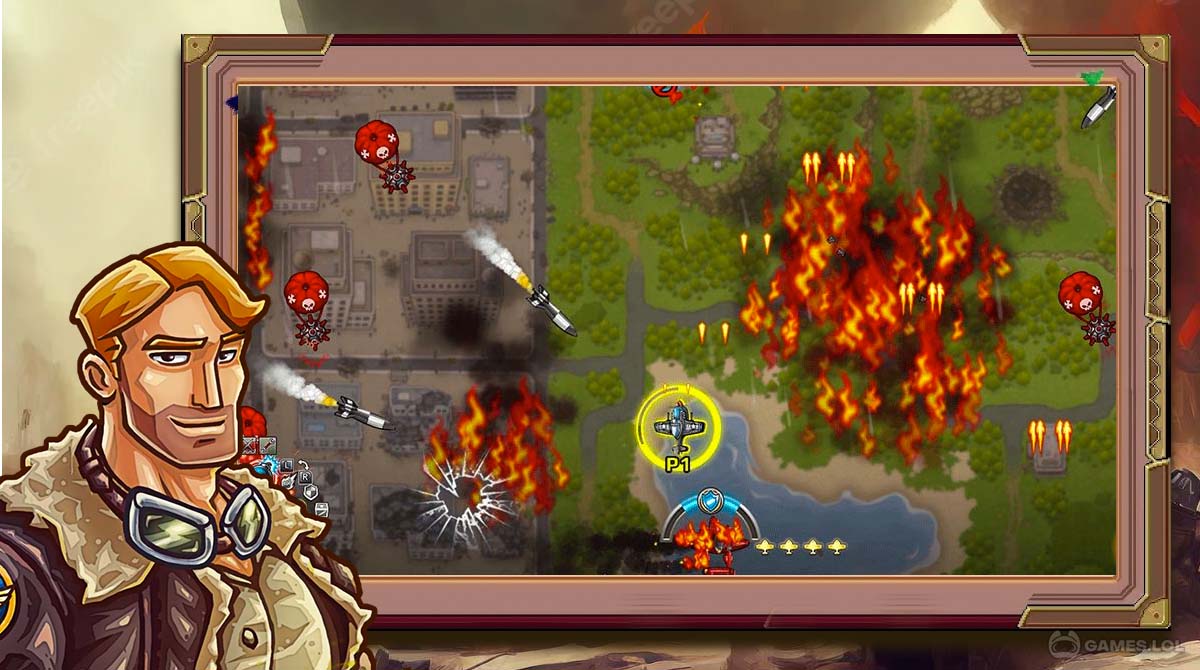 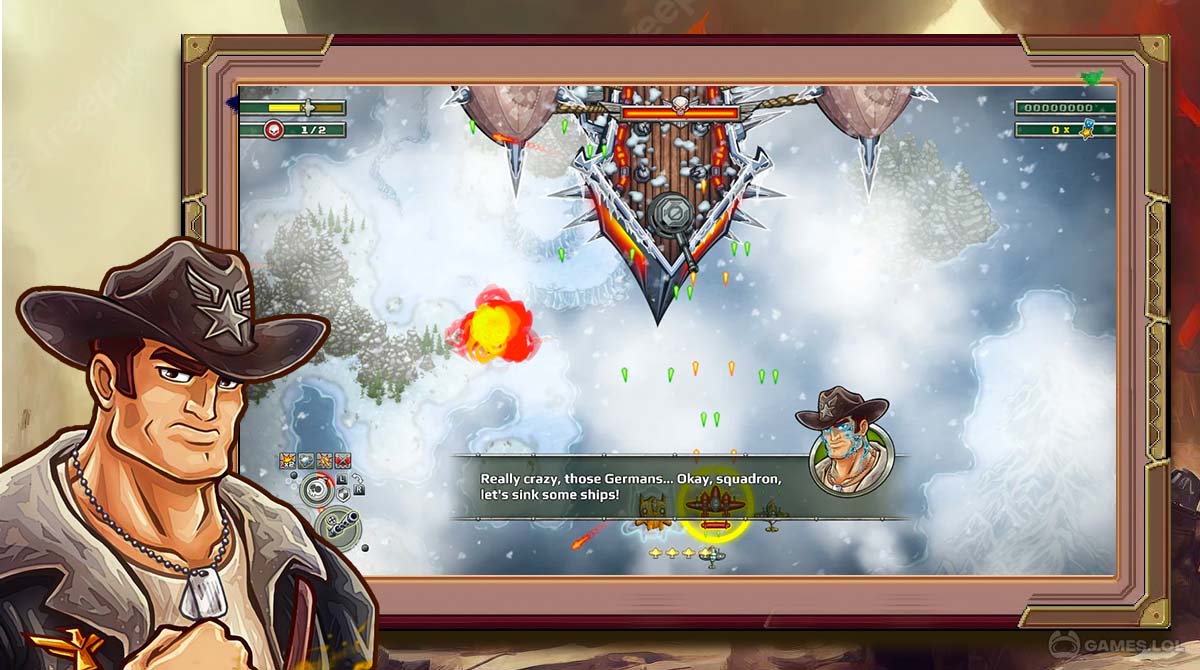 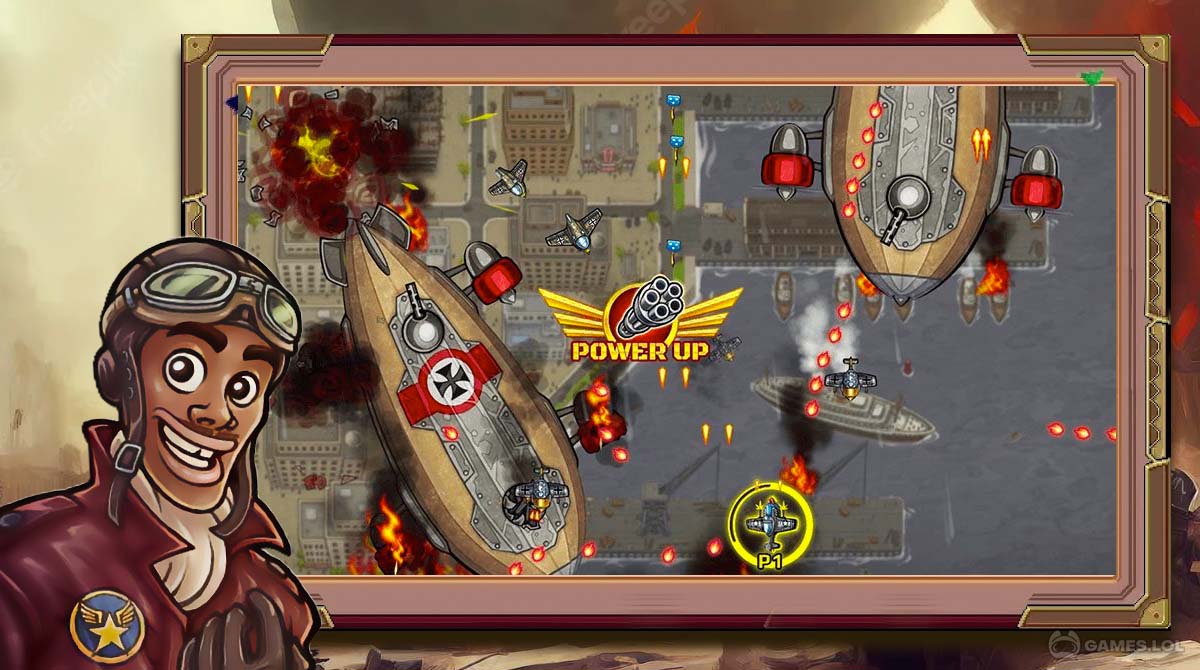 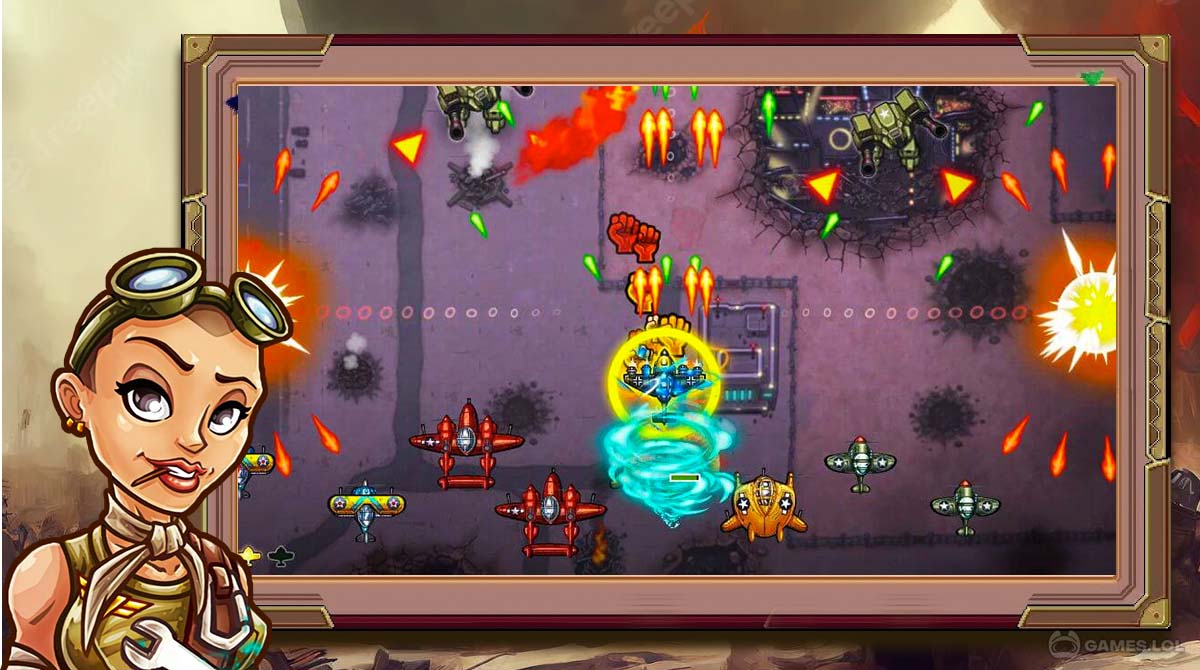 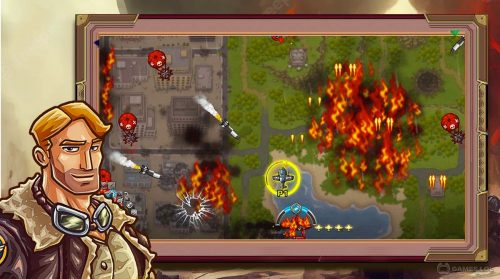 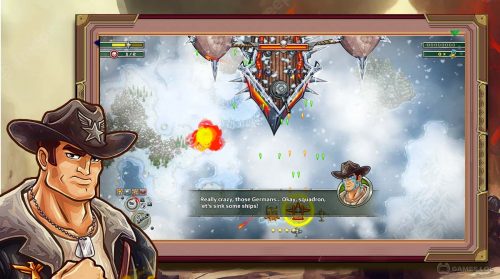 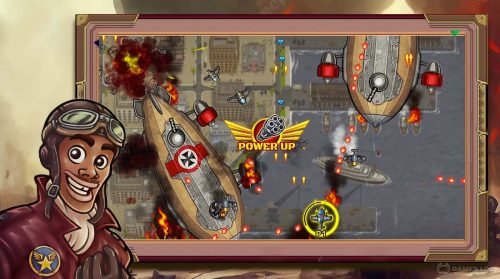 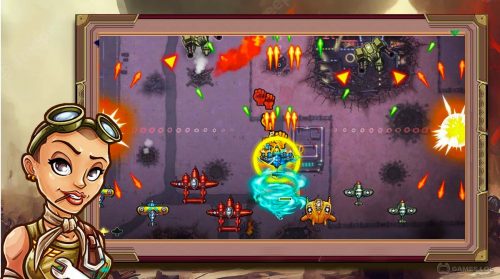 If you are one of the gamers who prefer arcade shooting games, you should not miss playing the Aces of the Luftwaffe online. It is a squadron-based game that enables players to be top-down shooters in the Royal Air Force through World War II. They also need to fly to the European Air Aces.

Published by HandyGames, Aces of the Luftwaffe is a freemium game that aims players to fight against various opponents’ aircraft through war planes. And, in the end, the goal is to defeat the bosses of the Resistance and complete grandiose missions.

As the darkest hours of England began, the Axis proposed to send the best team of courageous pilots into the Battle of Britain. Being one of the brave pilots, you are set to activate your war plane without letting any enemy pull you down.

This war game is based on World War II in top-down horizontal shooting gameplay. In this game, you can select from three planes. Each plane depicts various styles, focusing on speed, longevity, and power. Also, the arcade game features a health system; even if there is no gauge or bars, the developer manages to utilize cracks to your screen to update your health.

At the beginning of the game, you will notice that each chapter comes with four missions. These are three basic missions and a boss one. Once you finish the said missions, you will get medals that enable you to unlock the beast plane.

Every time you progress in this war game, the mission becomes more challenging. However, it provides you more access to the best classification of planes that can help you accomplish missions.

Aside from unlocking powerful planes, you can also choose and upgrade your place and the pilot. One way is through mighty power-ups that you earn through grinding. Even though this war game itself is free, you can still improve your plane and gameplay by purchasing valuable items through in-game microtransactions.

Exciting Game Features of Aces of the Luftwaffe

If you are thrilled and satisfied with the gameplay of this arcade game, you can extend the fun by checking out other games on your PC like Hyperforma and Green the Planet 2 for free. For more exciting and trending free-to-download games, check them here!