When it comes to addicting video games, Candy Crush would likely be at the top of the list or at least near the top. This is because the match-3 puzzle game that King published is one of the most celebrated games in the puzzle game category. The gameplay is very simple, as you just have to match at least 3 puzzle pieces in a column or in a row to eliminate them from the board.

But despite this match-3 game’s simple gameplay, it can also be challenging to play, especially as you progress to the higher levels. The challenging part usually comes with having limited moves and the objective to clear the board is very high. But this is aided by available power-ups that make clearing the goals a bit easier.

This is what makes Candy Crush such an addictive game to play. Its simple gameplay will allow you to complete a level quickly, which entices you to keep on playing. But just when you think the game is easy and boring, there will be levels that will give you a challenge, making you repeat it several times before you clear it.

Probably one of the best alternatives to the Candy Crush game is Bejeweled Blitz. It’s a match-3 puzzle game published by Electronic Arts and uses jewels instead of candies as puzzle pieces. What’s awesome about this match-3 is that you won’t have limited moves, but there will be a limited time. Your goal is to score as many points as you can before the timer runs out.

The game also features power boosts. But the boosts they use are much different than the usual ones. You can also equip your game with special gems that can make eliminating them on the board and scoring much easier. It’s a very fun and addictive match-3 puzzle.

Another addictive and fun match-3 game you can play is Farm Heroes Saga. It’s developed and published by the same studio that developed Candy Crush, King, so you can expect similar gameplay. One major difference, though, is that it uses fruits and vegetables instead of candies. Though the gameplay is similar, it does offer some new elements to add more excitement to playing this match-3 puzzle.

There’s the Special Board Zone, the Ice Trap, the Hero Mode, and so on. These new elements add fresh things to the match-3 puzzle game. You’ll definitely enjoy playing this addictive game as well.

Cookie Jam is another addictive match-3 puzzle game that you can play. Published by Jam City Inc, it’s a typical match-3 puzzle game. You match at least 3 puzzle pieces (cookies in this case) to eliminate them from the board. To complete a level, you need to eliminate the target cookie puzzles before your move runs out. What’s different about this game is that the target cookies you are eliminating are part of a recipe.

You need to get all those necessary ingredients because there is a dish that you have to complete in the game. This gives an added excitement to the game that makes it more fun to play. You will definitely be addicted to playing this match-3 puzzle.

If you’re searching for a match-3 puzzle that also comes with new features not typical of a match-3 game, then Jewel Mania is the game for you. Published by Storm8 Studios, it’s a game that will require your full attention. This is because the puzzle game features portals and pitfalls that you should avoid. And this is on top of you trying to score as many points as you can by eliminating puzzle pieces on the board.

This added element makes the game more exciting and challenging to play. This adds to the entertainment and addictive factor of this match-3 puzzle game. It’s an awesome addition, that you will certainly make your gaming experience much more fun and exciting.

Last, but certainly not the least, is Zookeeper Battle. It’s a match-3 puzzle with a bit of an action component to it. Published by Kiteretsu Inc, it’s an action puzzle game where you play the role of a zookeeper. You play the game by pitting zoo animals to battle with other zookeeper’s animals. During the battle phase, you’ll have to match and collect certain animals that you’ll use in battle to win the game.

Each animal will play a certain role like attacking, defending, or doing both. At the end of the time period, your chosen animal will battle with the opponent’s animal. The goal is to deplete all of your opponent’s health points. It’s an interesting match-3 puzzle game that adds an element of action and battle in the match-3 genre. You’ll definitely enjoy this game. 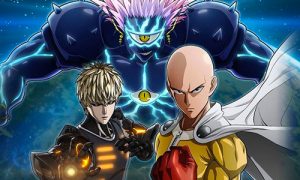 Garena Free Fire or Free Fire is not only famous for its action-packed battle royale mechanics. Mainly, its epic collaborations with iconic brands, pop culture personalities, and franchises as well.
Posted on March 25, 2021 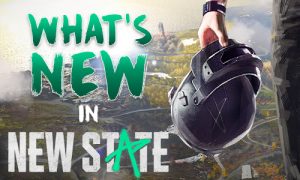 PUBG: New State – What You Need To Know About This New Game

One of the most popular shooting game genres you can play right now is battle royale. It’s a survival shooting game where players are taken to an island where they battle it out until there’s only 1 player or group remaining.
Posted on March 17, 2021 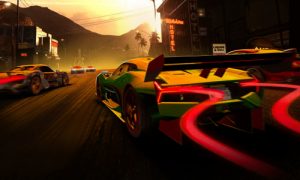 Need for Speed: No Limits – Guide To The Cars Street Racing Gameplay

One of the best and most fun racing games that you can play right now is Need for Speed: No Limits. Developed and published by Electronic Arts, it’s a role-playing racing game where you play a wannabe street racer role.
Posted on November 26, 2020