One of the best strategy board games to play is chess. It’s a game between two players where the goal is to checkmate the opponent. This is done when the opponent’s king doesn’t have any more legal moves available to remove it from your attack. It’s fun and entertaining, but at the same time, it’s also a bit challenging. Since this game requires two players, you would need someone to play with you. Or, you can download games like Real Chess and play against the game’s AI.

The great thing about Real Chess is that you can still play with other players via online matches. There are millions of registered users all over the world, so you won’t have a hard time finding opponents.

Now when it comes to chess, whether playing on the board game or video games, your opening can be a determining factor in whether you will win or not. To help you with your opening moves, this article will provide a guide on the best opening moves in chess.

Tips for the Best Openings in Chess

When you say opening moves in chess, it simply means the first several moves you will likely do when you play. It’s also usually the opening sequences that both players will perform in the game. A good opening will allow you to protect your king, set up your positioning, or even attack your enemy and pressure them. It can determine how the game will progress, especially if your opponent wasn’t able to counter properly.

When making a move, it’s always important that you target the center. One main reason why is that most of the attacking and strategic elements will always follow a move to the center. By being in control of the center, your opponent will have a harder time attacking or setting up their strategies.

As the white player, you will make your move first. Making your move first gives you an advantage since it means you can put pressure on your opponent. The most popular opening move for white is 1.e4 and 2.d4. These two moves are basically moving the pawn in front of the queen two steps forward or the pawn in front of the king two steps forward. These two moves will allow you to set-up several popular strategies like the Spanish Opening, the Italian Game, the Queen’s Gambit, and many more.

The Spanish Opening (or Ruy Lopez) is probably the most popular opening right now because of its versatility. It begins with e4, allowing you to open up a path for the white bishop and queen. If done right, this opening can apply pressure on the center, putting the opponent more on the defensive. But if you prefer the d4 opening, the popular and most common strategy to use is the Queen’s Gambit.

Using the Queen’s Gambit opening will free up the black bishop, as well as the queen (somewhat). It’s a move where White will sacrifice a pawn. If black takes the bait, it can become tricky for the player and can eventually lead to their doom.

For black players, the opening is a bit different since you’re just going to try and react to what white will do. However, it doesn’t mean that you are always going to be on the defense. You can still go on the offensive on your opening moves, not just reacting to what white does. For black’s move, the most common and popular opening used is the Sicilian Defense.

This defensive opening is usually an answer to the e4 opening that the white does. Instead of opening with e5 as well, black will open with c5. This move will indicate that black is ready to fight for the center and not just react to what white will do. For the d4 opening, another counter opening for black is the Indian Defense. In this opening, black won’t respond to the d4 move with a d5. Instead, a knight will be moved to f6.

Though this defense is less strong than opening with d5, it does provide black with more opportunities to counter white. With this opening, black won’t just react to what white does. It can also be aggressive and counter white’s movements.

Although there are many different opening moves you can do in chess, it’s important to be familiar with the popular ones. These moves allow players to set up different strategies or moves that can help them win in Real Chess. Besides, knowing what these popular opening moves are will also help you counter them properly. You wouldn’t want to fall into the trap that the other player is trying to do with their opening moves. 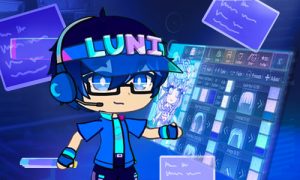 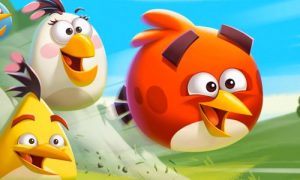 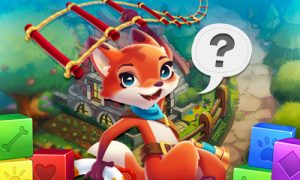 Pet Rescue Saga is a casual puzzle game that features saving adorable pets from evil animal captors. To save cutesy piglets, puppies, and pigeons, you need to match two or more blocks of identical color and safely lead the pets to the ground.
Posted on October 23, 2021