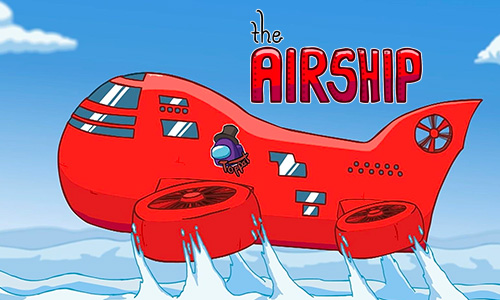 Among us have become one of the most popular games that most people have tried when the world decided to stop. It peaked during the middle of 2020 where everyone began to download and join the craze to know who the Impostor is. People hailed Among US as one of the best yet thrilling games of the year because of its unique tasks to complete. Well, in that case, who else wants to get killed by the Impostor?

With the achievement that the game had conquered, constant updates and bugs have been made to enhance the game further. Serves have become one of the main center of attraction to the issues that the game encounters. Due to limited rooms, players have complained that adding up another server or separating them to designated countries would probably be a good thing.

Of course, the developers listened to each and everyone’s requests. That’s why the game even became better until today. But, there’s more to that! As an acknowledgement for everyone else who dedicated their time playing Among Us, the creators thought of having a new Airship map. The new map indeed features many new things and spaces for every crewmate to hide and for the impostors to kill. This update has been widely awaited by a lot of fans around the world! With the new update being out last March 31, 2021, let’s look at how the new map goes!

First things first, you have to know that the new Airship map is literally like an Airship! It’s very, very, very big. For sure, with the game’s preview before, all players already know how the map goes. It has different sections where you can hide and do your task while running away from the impostor. Thus, it is way too different from the previous maps if you try to play the game.

Since there’s a massive space between every player, the tip is all about knowing the Ins and Outs. Walking through each hallway can be dangerous as hell. You’ll never know if you’re passing by an impostor or not, so be careful. The main catch is that, even before you try to call for a meeting and save yourself in case you see an impostor, you might already be dead.

Among Us New Rooms Available

Since we’re talking about a larger space, the new airship map has also added many new rooms for you to explore. There goes the lounge, the gap room, medical, records, kitchen, armoury, viewing deck, vault, showers and more. For instance, note that these rooms are not just any rooms like the typical ones on the old map.

Take the medical room as an example which has gotten a lot bigger. More like it is two rooms combined into one. Besides, the kitchen as well can accommodate all players around. The truth is, the players are not even going to do tasks for that long in the kitchen. So as for other players, what’s the use of it?

Either way, with these larger rooms and spaces to explore, you better take advantage of running quicker or hiding smarter for you not to get killed. But at some point, the point of view of every person is divided into two. The thing is that you’ve got a lot of space to go through, yet this chance can also enable you to get killed quickly.

Moving on to the positive side — for the impostors, this new map gives a lot of opportunities to every Impostor assigned. With a vast space that everyone roams around, there are small instances that two crewmates will be in the same room. There’s a bigger chance for impostors to win so they can kill anyone, even in the hallway itself.

The vents are reasonably in a good spot where crewmates cannot easily see you jumping in and out. This part is undoubtedly a huge advantage to every Impostor. Plus, the good thing about it, as mentioned before, crewmates have to go up to the second floor just to set a meeting to who the Impostor is.

Impostors also got a good call on the map because of the hidden rooms to go to. For example, not all crewmates will go to the kitchen or gap room. If you’re the Impostor, hanging with these unspotted rooms will be your big chance to kill as many crewmates as you can.

The last significant advantage of you being the Impostor is the first option in the game. As you all enter the airship map, you’ll have three options on whether you would like to land. With this part, you’ll be able to plot all your plans and successfully kill all the crewmates. Thus, it can also leave you hanging as there are minimal chances that you will land with two or three crewmates in the same room.

Among Us Airship Expectation

Many players did not expect that the Airship map would be that big. Yes, it may have many new functions and tasks to explore, but having a more extensive map won’t be necessary. Well, probably, those who are a minimalist type of person won’t enjoy the game for long.

In layman’s term, the map is quite complicated yet challenging to try out. You might have to add up a few more minutes to explore everything on the Airship. On a positive note, the creators did a fantastic job adding up new rooms in the game. It’s quite amazing how the vault and armoury room looks like a museum at some point. Nonetheless, if you’re a massive fan of Among Us, you’ll certainly enjoy the game no matter what. Don’t forget to learn the game’s new guides as it may be very confusing when you start again. 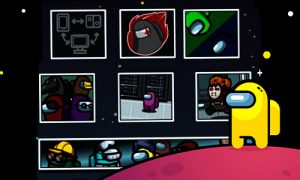 Among Us Update: All New Mode & Fifth Map

Among Us is one of the best and most exciting games to play right now. Despite being released in 2018, it became a hit during the first year of the pandemic, when people were forced to stay inside their homes.
Posted on August 4, 2021