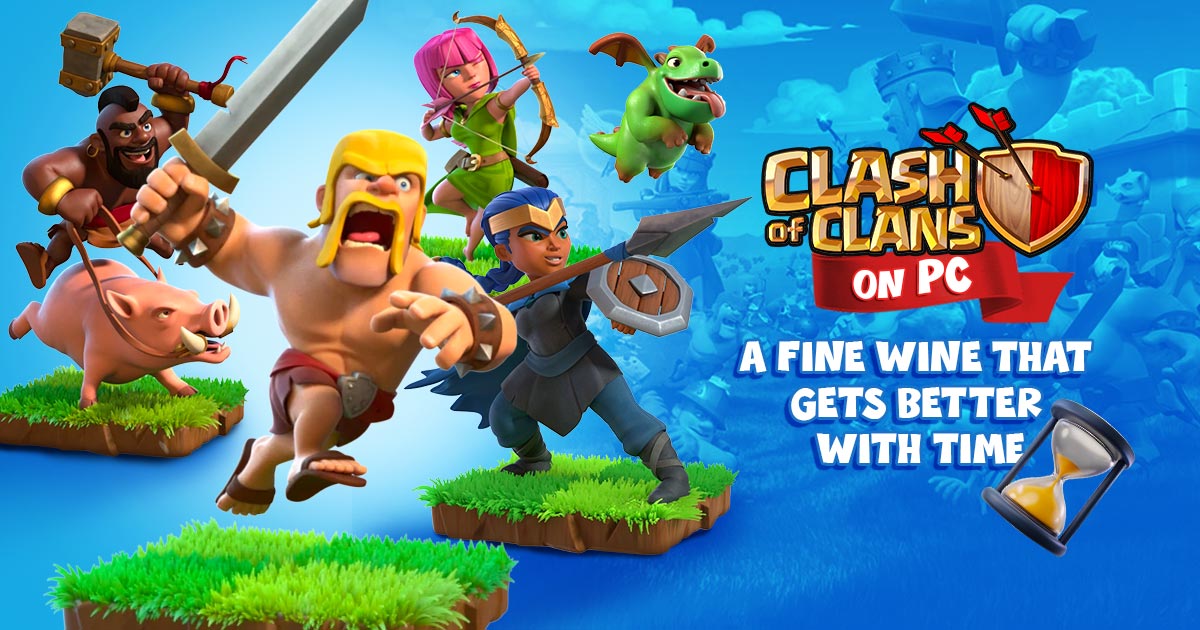 Inspired by the game Travian and influenced by Super NES games, Supercell’s strategy game, Clash of Clans, is still topping usage and store ranks in various countries after almost a decade. As the game nears its August 2 anniversary, let’s take a quick overview of the game’s past, present, and future. Additionally, we’ll take a quick overview of the latest update patch delivered to the game including Clash of Clans on PC. So without further ado, let’s travel back to 2012, a year after Supercell abandoned its Facebook browser projects to publish Clash of Clans on the digital market.

A couple of months before Clash of Clans made it to the freemium market, Supercell has already published their farming management simulation Hay Day. Clash of Clans launched on August 2, 2012. And by 2013, it took the third spot in terms of revenue. But since 2012, Clash of Clans has generated over $8 billion in revenue making it one of the strongest if not the most profitable titles in mobile gaming.

Interestingly enough, Clash of Clans only took six months to develop with an estimated software cost of $80,000. The development of the game along with the estimated budget is loose change compared to the revenue generated by the game which at its peak has a daily revenue of $5.5 million.

Today, Clash of Clans is still going strong boasting a monthly average player count of over 90 million. However, take note that Supercell maintained the same gameplay structure of the game since launch. So tweaks were done to aesthetics and balance changes were applied to the characters but the game’s core remains the same. A decade later, Clash of Clans remains the same highly addicting game and with little changes to the game’s core mechanics, returning and new players can jump into the game with little to no problem with keeping up with new features integrated into the game.

Clash of Clans remains one of the strongest freemium titles to date. The game has successfully established a strong community of players around the globe. As of 2021, Clash of Clans has generated $489.99 million in revenue which is a feat, especially for a decade-year-old game. 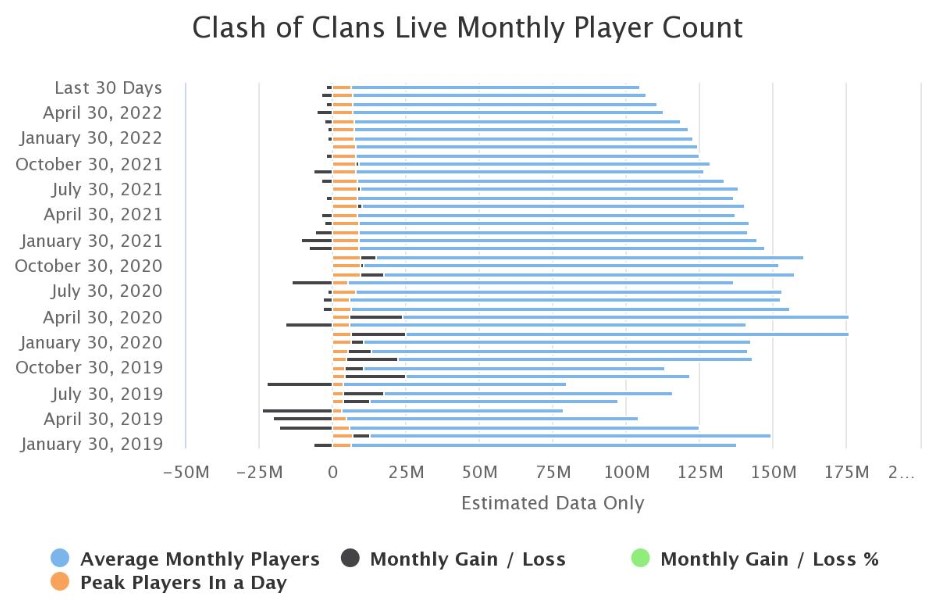 Like a Fine Wine that Gets Better with Time

The game’s performance, for the most part, is already expected given that Supercell has managed to maintain and mastered the main elements that drive the game’s success. In a case study by Kiran Singh of Oulu University of Applied Science, the author points out that Clash of Clans’ success is due to the well-placed elements embedded within the game’s core. One of the elements is the Gameplay Loop, which contributes to the game’s replay value. Another is the FTUE or First Time User Experience which contributes to player retention. Then there’s the social aspect that connects players and also contributes to player retention.

On the topic of the Social Aspect, the ability of players to join or create clans is undoubtedly the main element influencing player retention. Clans create a unique bond among players which, for the most part, is hard to break. In other words, the possibility of a clan member leaving the group is very thin. Clash of Clans will not be as big as it is without the Clan feature.

What’s New with Clash of Clans on PC?

On June 30, 2022, Supercell delivered a new update to Clash of Clans focused on Clan Capital Balance Changes. The update includes multiple buffs and nerfs to the Clan Capital. The buffs include an increase in minion DPS from 38/46/54/62/70 to 56/62/68/74/80. Another is the increase of the Super Wizards’ HP by 200. At the same time, there’s an increase in the HP of the Flying Fortress for levels 1-4. The Mountain Golem is another beneficiary of the HP buff for levels 1-4. For nerfs, the Air Defense System received a decrease in hit speed along with the Rocket Artillery which got a 10 DPS decrease.

In addition, the Heal Spell effect was also reduced by 33 with the Rage Spell’s damage boost which is now 20% less. Wrapping it all up is the Raid Medal with a 100% increase in defensive rewards and a 10% decrease in attack rewards.

Play Clash of Clans on PC

Clash of Clans is one of the few games that will keep growing for years to come. For a first-time publisher, having two j on the top-grossing charts is phenomenal. Considering the number of publishers competing for the spot. The success of both titles evolved Supercell from a two-year-old start-up to one of the most iconic publishers/developers in the gaming industry. 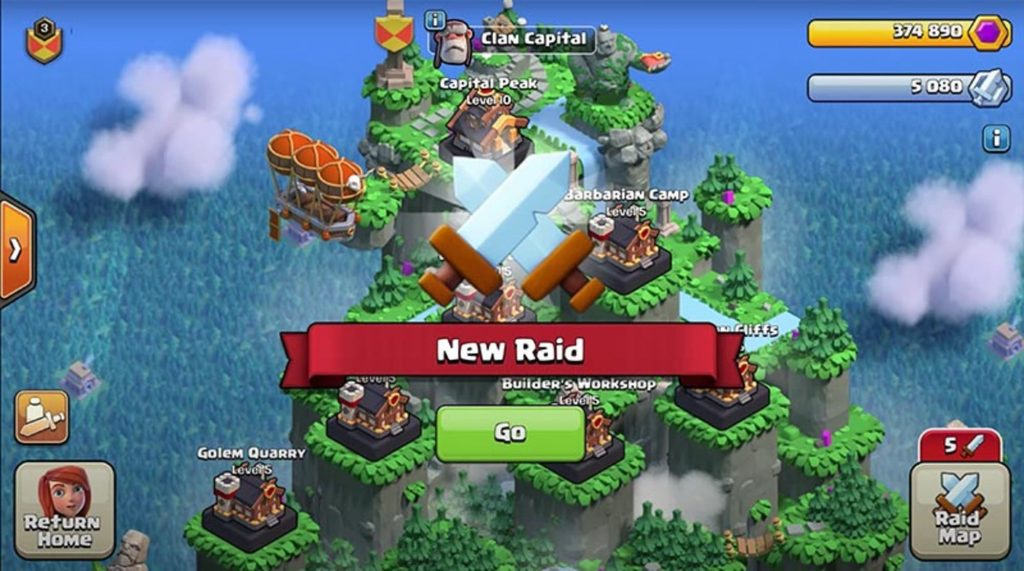 In summary, Clash of Clans is a game that will probably last for another decade based on its current state. Supercell’s continuous support of the game makes the entire experience as fun and immersive as possible. With that said, if you are a new or a returning player in the game, then it’s time to enhance your experience by playing the game on PC. You can also stay tuned for more updates and news regarding this awesome strategy game. 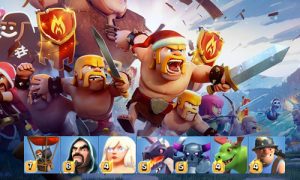