Company of Heroes Review: A Game That Redefines The RTS Genre

Real-time strategy (RTS) games are no doubt one of the most popular genres of all time. A typical RTS game includes tank battles, world wars, or medieval-themed wars complete with knights and soldiers.

There have been tons of skirmish games in this category that portrays the events of World War II. Of course, the most prominent one would be Company of Heroes. The game has since garnered praise from both players and critics. It is hailed as one of the best World War II-inspired games in the market today. True to its RTS gameplay, it features dynamic combat, fast-paced campaigns, and enhanced squad-based tactics.

Company of Heroes mainly focuses on frontline combat and it forces you to explore the map rather quickly. The game is based on the events that led to the D-Day invasion and the aftermath of its wake.

Days before D-Day, there’s nothing much to anticipate yet. Nothing much happens at the early stages of the game as it still gears up towards a tactical battle that left a huge mark in history. Of course, it gets better later on with the ensuing missions where your paratroopers can start ambushing enemies and invade fortifications. 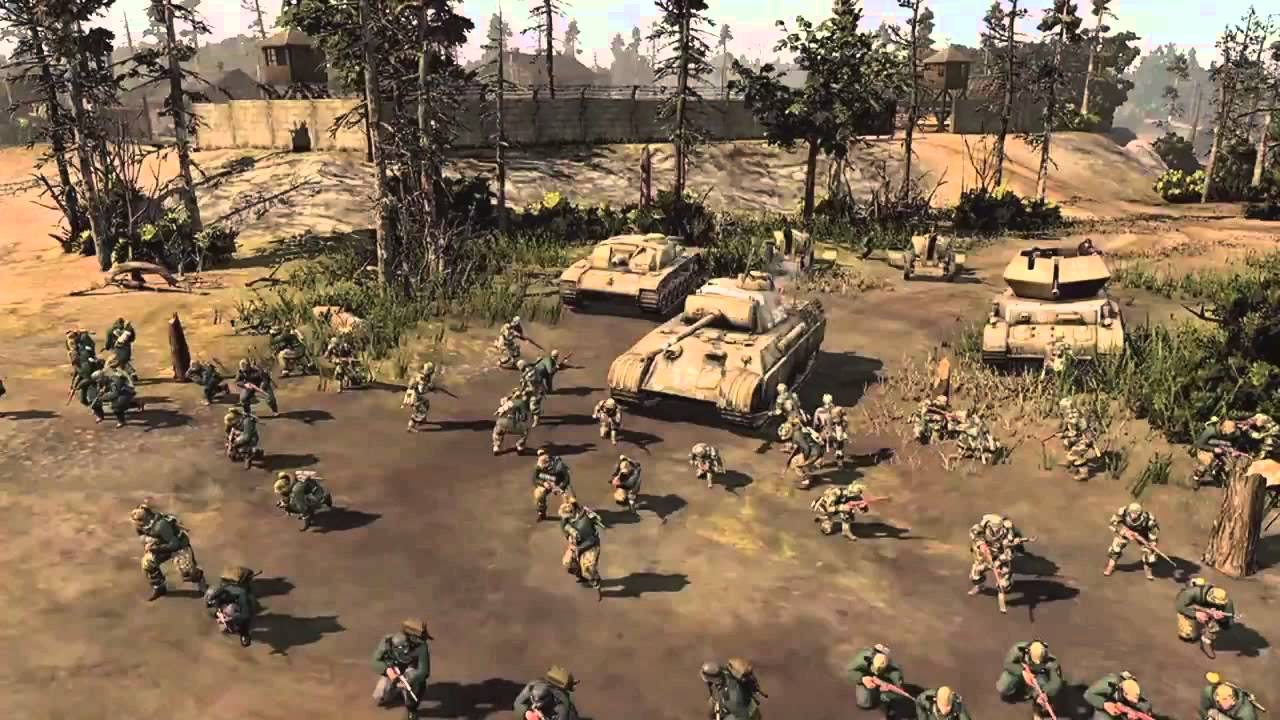 In Company of Heroes, you’ll start with an outpost and a group of engineers who will be responsible for building structures and setting up your line of defenses. Territories are divided throughout the map, and all these contain resource points.

Resources are your key to acquire more manpower, ammunition, and fuel. Territories play a big role in your resource supply line. All points must be connected towards your stronghold, and if there is any key territory that is captured by your enemy, it will halt the resource flow. Your infantry can lay hold of neutral or enemy resource points as well. This could result in an indefinite contribution of resources to your military and will eventually amp up the number of units you can have in your troops.

Company of Heroes shares the same premise with most real-time strategy war games. Building up structures is the key to improve your headquarters and power up your line of defenses. But to achieve this, you need various resources. The challenge, however, is how to make your resource or supply line efficient.

Company of Heroes paints the violent chaos of World War II in a novel and grim manner. It spans from the days leading up to D-Day, the invasion of Normandy, and up until the end of World War II. In this game, the humanity of servicemen and the brutality of war is depicted more realistically, making it better than most war games out there.

The game also shows an impressive level of detail like crumbling buildings and walls, and out of control vehicles that blow up after skidding off the road. What makes Company of Heroes a great game is its realistic simulation of the World War. Players can easily experience the hardships of war and witness the kind of destruction and damage to landscapes as the war ravages on. 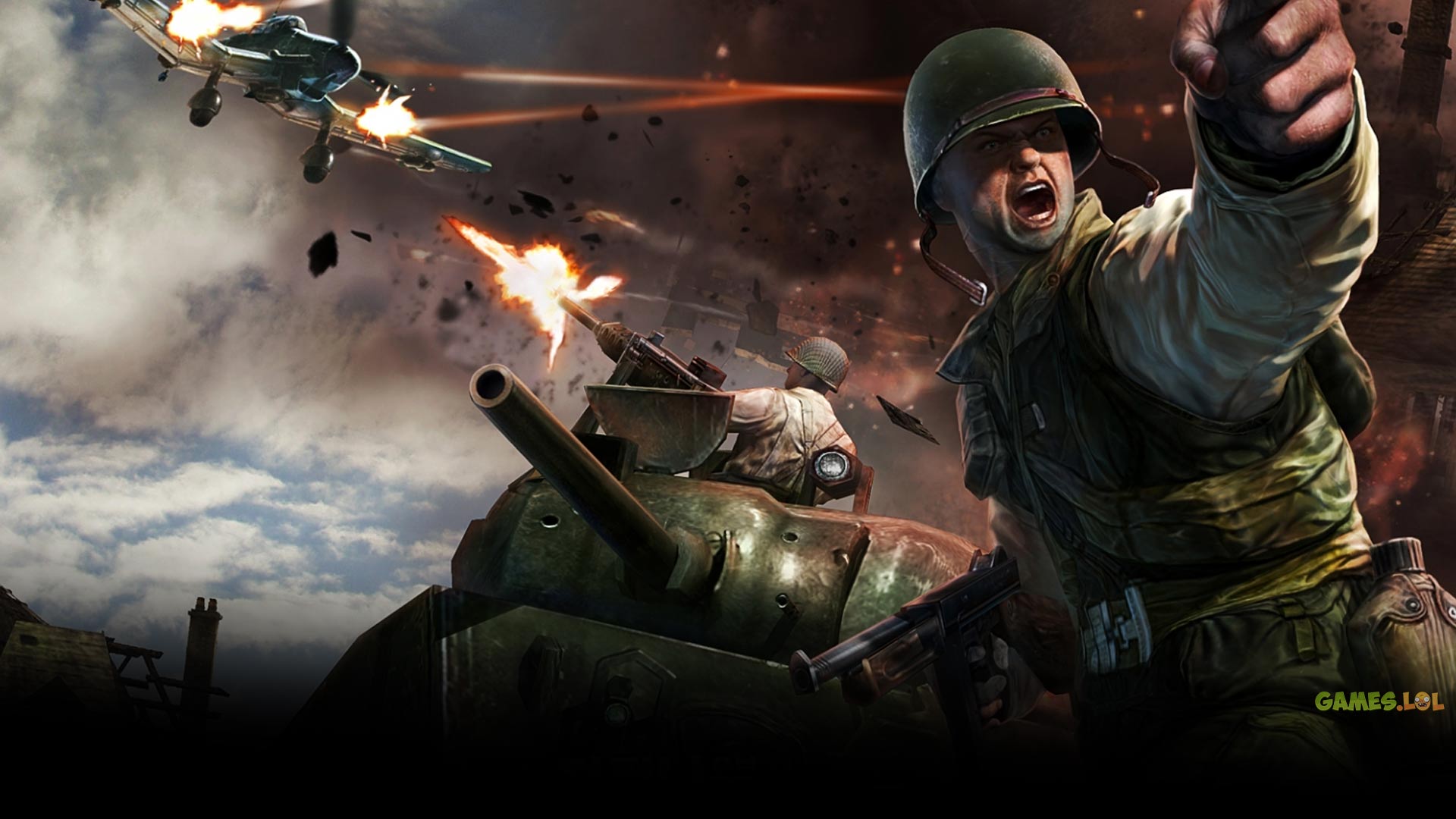 Company of Heroes is a spectacular RTS game that features an intuitive interface and carries advanced real-time tactics. The developers set the bar quite high for World War-inspired titles or RTS games in general. It offers challenging and history-based campaigns, plus impressive audio that adds up to the overall experience.

What sets Company of Heroes apart from RTS and war games is its historical depiction of World War II, especially D-Day and the events leading up to it. It’s not just a fighting game that is based on a fictional and random story. It’s a real war that happened back in the day, and you get to simulate the events on your device. If you like a challenging and immersive crash course on World War II, playing Company of Heroes is a good idea! 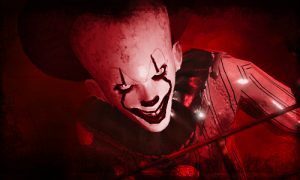 Death Park 2 is an adventure horror game that will surely make your heart beat fast. It offers intense and horrific gameplay that you will surely get hook to playing with you friends.
Posted on October 30, 2021 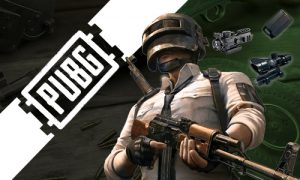 PUBG Mobile – The Best Accessories You Can Use In The Game

One of the best battle royale games that you can play is PUBG Mobile. Looking for more tips in accessories?
Posted on December 6, 2020 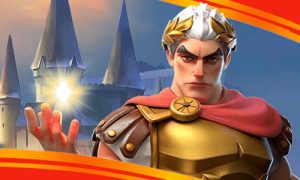 Infinity Kingdom is one of the best kingdom-building games in the market today. It boasts base-building elements along with real-time strategy and role-playing mechanics.
Posted on July 16, 2021