Launched in 2018 by Smilegate Megaport, Epic Seven aims to provide players with a freemium interactive AAA RPG experience. South Korean video game developer Super Creative poured all their creative prowess into the game to assure that their creation will both please RPG and Anime fans alike. Two years and over 6 million installs later, the game is still thriving in the gaming market. So, if you are planning to check out the game but are still having second thoughts, then feel free to check out our Epic Seven review below. Then, decide for yourself if the game is still worth playing in 2021.

What is Epic Seven?

Epic Seven is an anime-themed fantasy RPG that allows players to take the role of an heir under the watchful eyes of the goddess of creation. In addition to the vast and engaging narrative presented in a high-definition 2D, the game also comes with all the basic elements commonly seen in a modern ARPG title. Some of these elements include a PVP Arena, Intense 3v3 battles, world boss mode, world arena, raids, freemium marketing structure, and much more.

Since 2018, Epic Seven has managed to accumulate over 6 million installs and over a quarter-million five-star reviews on a single platform alone. Some of the main contributors to the game’s success include the stunning presentation, easy-to-learn-mechanics, and in-depth narrative. Today, we’ll take a quick overview of some of the game’s most iconic features. Sit back and relax as we provide you with a better perspective on Epic Seven’s gameplay and overall performance today.

Epic Seven’s lore, for the most part, is considered common but not mediocre. This is because of the well-written dialogues and timely events. All in all, what makes the game’s lore unique from other titles is the presentation and its rich collection of memorable characters.

Epic Seven, as you may have known by now, is a game heavily influenced by Japanese anime. From the environment to the special effects, you can really see the effort put into the game’s design by the developers. Nevertheless, as impressive as the effects and the environmental design of the game may be, both elements are just icing on the cake.

You see, each character in Epic Seven is highly detailed from head to toe making each one stand out by itself. Combine all of the game’s artworks with brilliant audio and you got yourself one of the best anime-themed RPGs in the freemium market.

Despite having a freemium marketing structure, Epic Seven does not feel like one. This is due to the game’s generous reward structure that provides a balanced distribution of both common and premium items. This makes the freemium player compete fairly in the game while reducing the grind altogether. The combat mechanics in the game, on the other hand, bears resemblance to other gacha titles. Examples of familiar elements include the turn-based system and element-based characters. There is also a safe house or lobby when not in combat, Guilds, and multiple PVP activities.

The integration of the familiar mechanics in the game’s main battle system makes it easier for ARPG players to transition. Not to mention that it also makes mastering the entire gameplay mechanics easier.

In a nutshell, Epic Seven is a great anime-based game that comes with stunning graphics and comprehensive detail. The game’s solid combat system paired with a well-balanced reward system is enough to keep you busy for hours on end.

Amidst the plethora of RPGs saturating the freemium gaming industry, it is great to know that unique games like Epic Seven pop up from time to time. As more freemium RPGs go for monetization, Epic Seven is focusing more on user experience. That alone is more than enough reason for any anime and RPG fans to check out the game.

Now that you have an overview of the basic features and mechanics of the game. It’s now time to experience the action-packed gameplay straight from your computer. All you need is to get the unblocked version of the game for you to experience the exciting lore and immersive properties of Epic Seven. 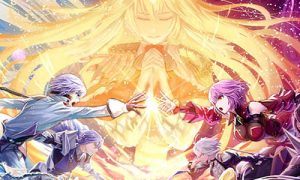 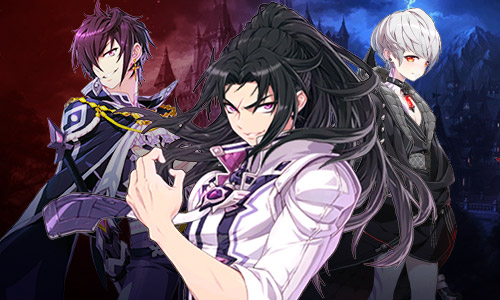