Fall Guys: The Best Tips to Winning Every Mini-Game!

Fall Guys: Ultimate Knockout is one of the hottest games this year It was released last August 4, 2020, and now has over 10 million sales on Steam. It is a popular multiplayer game— along with Among Us– that people sink time in, especially during the CoronaVirus pandemic. Fall Guys took inspiration from popular TV game shows like Wipeout and Takeshi’s Castle. Every match or mini-game has up to 60 players competing against each other until they qualify for the next round.

Many people consider it one of the best video games in the market. Especially since it’s both competitive, visually-stunning, and fun to fool around with. And on its second season, Fall Guys released Medieval-themed cosmetics and maps. You also have the option to change your nickname and banners. Fall Guys can be a challenging game to play if you’re not used to its mechanics. Learn how to become the last man standing in this game and defeat other players. Follow the tips below and claim victory!

The Importance of Jumping At the Right Time

Once you start the game, you will be jumping, climbing, grabbing, and diving your way to the finish line. Every round takes place on a different stage, so nothing is certain. But you can be sure of one thing. It would be best if you mastered the art of Jumping. Since all characters have small legs and large beany bodies, it makes Jumping more complicated than it seems. Every leap has to be taken with extra precaution because it might cause your demise in the game.

There are circumstances where you think one jump is enough, but your calculations fell short. You need to make sure that you have a stable balance, get the momentum right, and be as close to the edge as possible before making that jump. Practice makes perfect so make time for it before you enter mini-games.

How to Dive the Proper Way

Diving is another main mechanic in Fall Guys. This is as important as jumping but forgotten most of the time. What most players don’t know is that Diving can help you get to the finish line faster. You can also use it to avoid obstacles or get away from competitors trying to ruin your day! Use dive and jump at the same time to get ahead of enemies and create a big gap from them. It will give them a hard time catching up to you if they don’t know how to do this combination.

You can use the Diving technique in some rounds like Fall Ball and Rock ‘N’ Roll to push the giant football around and score points. Utilize Diving as best as you can and reach the finish line before anyone else!

Keep Your Friends Close So You Can Betray Them Later

If you meet other friendly players in the game, you can team up to overcome obstacles and beat weaker opponents. There are rounds in Fall Guys where you will be spread into different groups by color, and you will have to work together to reach the finish line. Even if you want to pass the round alone, it’s much better to make use of the help that your teammates are willing to give you. They could be the reason you’ll get closer to the finish line.

After the round, you can go on separate paths and beat each other again. You can continue your lone wolf experience and betray your former teammates before they do the same to you.

Practice The Art of Social Distance Like It’s The Pandemic

Fall Guys’ battle royale-style gameplay forces you to stay away from other players. You wouldn’t want some lousy competitor tripping you, which can be the reason why you lose. So it’s important to keep yourself far from other players as much as possible. Survival games like these are challenging, and you’d want to make sure that you have plenty of space to move around in. That’s because when you think you’re winning, some player decides to knock you over or grab you. It will be a shame if you lose because of that!

Avoid letting other players win by staying as far away from them as possible. Don’t let them catch up to you! Reach for that finish line by any means necessary!

Grabbing is another vital function that Fall Guys have. Even with their jelly bean-shaped bodies, they can still grab onto other things too. It is best used when you want to take a shortcut by grabbing on ledges. It is also used to pull yourself back up when you fall. And if you want to make sure your opponents don’t win, grab them and knock them over as an added insult to injury.

Fall Guys may seem like a harmless party game, but rest assured that it can get aggressive real quick. You can employ any means of cunning strategies to gain an advantage over 59 other players! Just know that they can do the same to you! And those are our tips for winning mini-games in Fall Guys: Ultimate Knockout. Test your newfound knowledge by playing this awesome casual game on your PC! 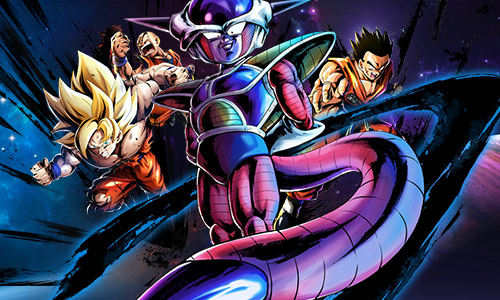