Let’s be real here: while Genshin Impact is an amazing game, it can be quite tedious as well. With so many characters needing whomperflowers, shards and chunks, you will need to dedicate yourself for hours on end everyday to maximize their levels. But, of course, it’s always best to have the most effective team composition, right? In our team, we believe that EVERY character is meta; it’s just a matter of who your favorite waifu or husband is. Invest them with the right items and see them work their magic for you.

What Makes a Good Party Composition

A party can range from one up to four members. Simply said, the best kind of party is if there is a variety within it. Ideally, you will want the following: one or two DPS-focused characters, one ranged character, one with good team passive talent or defensive kits, and one healer. There are more than 20 characters to choose from but you may only need four or eight of them to keep progressing through the game.

Ideally, you will need a great composition of elemental combos like Freeze, Melt, Superconductor, Electrocharged and Overload. At least one is enough but if you can manage to have three effective elements, the better. Yet, some players will prefer raw physical damage over the elemental one since it’s the most neutral type of damage dealing.

However, it becomes a problem too if the enemy you face is elemental-heavy such as abyss mages and Fatui skirmishers. So, with that said, your safest bet is a group with good elemental reactions.

Who Should I Pick

We can’t tell you who’s bad or who’s not because this is your adventure and you shouldn’t really be following Genshin “influencers” who think they can dictate how you should play the game. While a group may say “AMBER BAD”, a respectful handful of players will prove them wrong with massive crit bonuses. Tectone might have said “QIQI WORST 5*” but that doesn’t mean you should heed it.

In fact, Qiqi is one of the most useful and helpful 5* healers especially if you’re a dedicated Abyss player. When Zhongli came out, the whales wanted miHoYo’s blood because of how “bad” he is when, in fact, there’s really nothing wrong with him.

Sure, they gave him a buff now but the developers didn’t have to get “cancelled” over it just because the sweaty players wanted more of their money’s worth. In the end, it’s the players who are at fault for cashing in thousands of bucks on what is considered gambling but anime. In short, your game, your rules. There are no right or wrong answers as who you must invest in and not invest in.

Do you want to make Amber level 90 first because she’s cute and you enjoy her skills? By all means, do so. Would you like Qiqi to become the strongest loli of Teyvat? Go on, nobody can stop you. Are you a Zhongli loyalist since launch? Then you have the Genshin “enjoyers ”’ respect.

What matters is that your team has decent damage, great elemental reactions, and a healer or defender that can sustain the whole team throughout the boss fight and farming materials. After all, not everyone has enough money to gamble for 5* characters like Ganyu, Hu Tao and Childe.

You don’t need a big brain to know who you should bring before a boss fight. If the boss is Electro, replace your Electro fighter with someone that includes Pyro, Hydro or Cryo. If the boss is Hydro, swap the Hydro member with Cryo, Pyro or Electro; you get the point. After all, why would you bring Pyro characters to fight a Pyro boss?

Check Your Members First Before Entering the Domain

The elemental check applies on Domain too. But, the game will remind you anyway about recommended characters to bring. Pyro domains are best for Hydro, Cryo, Electro and Geo characters, so on and so forth.

If you’re in the open world and you need a good combination, it will depend on which location you are in. Fortunately, we have a reliable recommendation.

Mondstadt is full of Cryo, Hydro and Electro enemies so it’s best to have at least one Pyro teammate with you. Also, plenty of wooden shield enemies are in here which is why the Pyro is most essential.

Liyue doesn’t have wooden shield enemies but there are plenty of rock-based ones like shields, geoslimes and geovishaps along with pyro mages and agents. It’s most ideal to have a hydro, cryo and – most of all – geo members when traveling here.

Obviously, this snowy region will have plenty of ice-based and rocky enemies. This is the best time to have Pyro and Geo party members.

Genshin Impact – Always Value What You Have

Remember, Genshin Impact only has 0.5% chance to get an SSR with 100 pulls before a pity banner. Weapons are hard to get so be grateful if you find a 4* gear. Any Genshin character can be effective as long as you give them the right tools and the right artifacts for the situation. 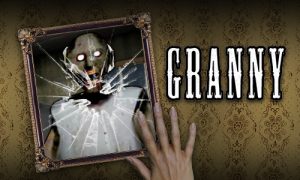 Granny: Effective Guide to Help You Escape the House

Granny is a go-to game for fans of macabre, fear-tastic, thrilling, and exciting horror games. If you love a classic scary game, complete with jump scares and whatnot, this game will give you the time of day.
Posted on December 22, 2020 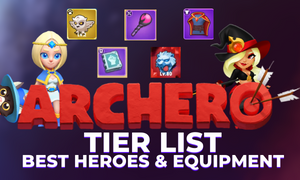 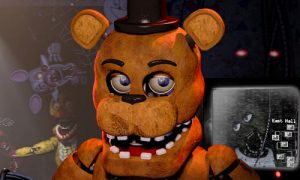 Five Nights At Freddy’s 2 Review – Is it Worth Playing?

Five Nights at Freddy’s is one of the scariest games that you can play. It has a simple premise, and that’s for you to survive the five nights guarding Freddy Fazbear’s Pizza.
Posted on November 12, 2021