If you’re an avid gamer, it’s not hard to run out of fun and interesting games to play. You’ve likely played at least many of them and even completed a number of them as well. Sure, it’s always interesting to play multiplayer games like Mobile Legends: Bang Bang, PUBG Mobile, and Among Us. The multiplayer component of these games makes each match you play unique and interesting. You can always play these games and still enjoy them.

But these are games that have been around for a while, and it’s not unusual to crave something new. The great thing about video games is that new titles are always being released. In fact, you can still expect several new video game titles to come before the year 2021 ends. And these new games belong to various genres including action, racing, strategy, and more.

In this blog post, we’ll list down five of the best games that you can still expect to come out in 2021. This will provide you with something new to look forward to and get excited about.

One of the latest games that you can expect to be released real soon is Pokemon Unite. It’s an action-strategy MOBA game developed by Tencent’s Timi Studios. It’s a typical MOBA game where you get to control a Pokemon in a 5-vs-5 match inside a battle arena. But this MOBA is also adapted for a Pokemon game since the main objective is to capture wild Pokemon. Players then deposit the captured Pokemon in certain zones to score points for the team.

It looks like a fun MOBA game where you get to control your favorite Pokemon in an all-out battle. The game is expected to become available in September this year.

Sign Up For The Final Fantasy VII: The First Soldier

But instead of just picking up weapons and shooting your way to victory, you also get access to certain abilities. This includes shielding, healing, and summoning. And since the game takes place in the Final Fantasy VII universe, expect to see familiar and iconic game locations when you play. There’s no actual date for the release, but it’s expected to be available before the year ends.

If you prefer a more casual building game, then you’d love the upcoming game Townscaper. It’s a simple city building game, where you get to construct a city. You’ll start with nothing but space and then turn it into a giant metropolis. What’s great about it is that the gameplay is simple. You don’t actually get to decide what gets built, as it would depend on the game’s algorithm. You just tap on the area then a bridge, house, road, or tower will get built.

This means that everything in your city will be perfectly nice to each other. And if you look at the trailer for the game, you will see that it’s going to be very fun to play. It’s a game that’s expected to become available before 2021 ends.

If you want a unique racing game, then Rocket League Sideswipe is the game you’re waiting for. It’s a car soccer game where you get to play soccer but using vehicles to do it. You’ll be playing in a big arena and using a giant soccer ball. Your goal is to push the ball towards the opponent’s goal post and score points. The team that scores the most points will win the match.

What’s great about this game is that the cars you’re using will also be equipped with special abilities. It allows you to really make it an interesting car soccer game. Rocket League Sideswipe is expected to be released later in 2021.

Last, but certainly not the least, is the action MMORPG Diablo Immortal. It’s going to be the latest title in the Diablo franchise and takes place between the events of Diablo II and Diablo III. It’s a typical Diablo RPG where you get to choose a class that you’ll use and develop. There will be six classes available, Monk, Barbarian, Wizard, Demon Hunter, Crusader, and Necromancer. It has nine outdoor areas that you get to explore and fight in, as well as new creatures to deal with.

And since this is an MMORPG, you get to play, explore, and battle evil with other players. It already had an alpha test, so you can expect it to be available in late 2021 or early 2022. There are many more good games available for you to play. But the ones listed here are the best ones that you can expect to come. So up until their release, you can enjoy thousands of free-to-play games that you can play on PC. Download our Games.lol launcher and see what magic it has in store for you. 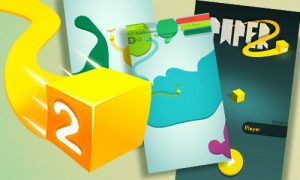 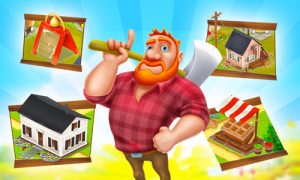 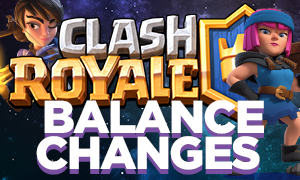 Supercell’s epic multiplayer tower defense game, Clash Royale, has recently received new updates and balanced changes straight from the developers. So, if you have yet to get the details of the new update and the changes that came with it, then you are in luck as we have the sweet details any avid fan should […]
Posted on January 3, 2022