Boom Beach – A Guide to Maximize Each Heroes’ Ability

Boom Beach is a fun, exciting, and competitive PVP strategy game that’s developed and published by Supercell. It’s one of the several addictive PVP strategy games that Supercell has brought us. As a strategy game, it involves a lot of buildings, training of troops, defending and attacking, and upgrading. Your success in this game is determined by many factors, but the most important among them are your troops.

Your troops are the ones who attack and defend your base. Having the right troops in Boom Beach for certain attacks can help you determine if you’ll succeed or not. But troops aren’t the only units that you can use for attacking, as Boom Beach also has heroes. They’re more powerful versions of troops and are the ones that usually lead the charge when it comes to attacking.

They will also have special skills that can greatly help your team during an attack. Unfortunately, heroes don’t defend your base, so you can’t expect them to also attack troops attacking your base. In this blog post, let’s discuss in more detail about using heroes in Boom Beach. We’ll also discuss who are the ones available and what their skills are.

The Hero Hut building is essential to have heroes in Boom Beach since this is where they’re housed. It is a derelict building at first but you can repair it once your Headquarters reaches level 4. It is important to remember that you can only use one hero to accompany your troops when attacking. And while each hero has 3 abilities, you can only pick one ability that they will use in battle.

As long as your hero is alive during the attack, you can keep on using the ability. But keep in mind that it uses up Gunboat Energy. And each successive use of the ability will increase the required energy to use it again. Heroes will also have a passive ability that is automatically activated and won’t use energy. Once your hero is out of health, it becomes knocked out and won’t participate in the battle anymore.

The good thing though is that it will be ready again for the next. Heroes will also have levels and their abilities can be upgraded. However, upgrading their abilities requires the use of hero tokens which can be acquired from the Trader. We’ll discuss how to upgrade them at a later time. For now, let’s discuss the different heroes and their abilities available in Boom Beach.

The first hero that you will be able to use in Boom Beach is Sgt. Brick. She can be unlocked once you’ve repaired the Derelict Hut, which as previously mentioned can be done after upgrading your HQ to level 4. She is a ranged attacker that uses a high rate of fire automatic rifle. Moreover, her hero perk is Grenade Spammer, which allows her to throw a grenade at every new target building.

Also, Sgt. Brick’s abilities are Cluster Grenade, Iron Will, and Battle Orders. Cluster Grenade is an ability where she can throw a grenade at a building while explosive shrapnels will cover the area behind the target. This will produce little explosions that damage anything that’s hit by it. The Iron Will is a booster that reduces the damage taken by your troops every time you use it. While the Battle Orders is another ability booster that increases troops’ movements and rate of fire.

Cpt. Everspark is the second hero that you can unlock in Boom Beach. You will need to rescue her by defeating Colonel Gearheart’s Level 45 War Factory. She is a ranged attacker that shoots electric beams. Her hero perk is Robot Overlord that gives her the ability to spawn a group of critters every few seconds to help the attack. She will spawn a maximum of 12 critters, stops, and then resume when one is already completely destroyed.

Her abilities include Critter Swarm, Explosive Charge, and Universal Remote. The Critter Swarm is where she can deploy several critters to distract enemy defensive buildings. Explosive Charge is an ability where she can throw a powerful bomb on the nearest building. While the Universal Remote allows her to take control of one enemy defensive building for a short period and use it to help the attack.

Dr. Kavan is the third hero that you can unlock after you defeat Lt. Hammerman’s Level 25 HQ. Unlike the other heroes, Dr. Kavan is not an attack hero that attacks enemy units or buildings. Instead, he supports the troops by healing and reducing their damage. His hero perk is Galvanizing Presence, which will reduce the incoming damage on the troops that he has just healed.

Dr. Kavan’s abilities are Crystal Critters, Ice Shields, and Second Wind. Crystal Critters is an ability that once summoned, will follow your attacking troops and heal them for a limited time. Ice Shield is where the hero creates a crystal shield around troops who are near him. While the Second Wind is an ability that allows him to revive destroyed units,–with the units revived first are those that died last.

Moreover, the number of units revived using Second Wind is limited and depends on its ability level. At the base level, it can be 8 riflemen or 1 tank. If no dead troops are present, then it will create riflemen instead.

The last hero you can unlock is Pvt. Bullit, which is unlockable after you defeat the level 55 HQ of Lt. Hammerman. He is a close-range hero that uses a three-barreled shotgun to attack. His hero perk is Pain Tolerance, which allows him to limit the damage done to him to a certain maximum. Any damage that doesn’t exceed the maximum limit is ignored, making him the most durable hero.

His abilities are Taunt, Energy Drink, and Shock Knuckles. Taunt will allow Pvt. Bullit to further limit the maximum damage he can take while also taunting defensive buildings within his range. This will make him the focus of their attack. Energy Drink allows him to regenerate a part of his HP and increase his movement and attack speed for a short period. While Shock Knuckles is an ability to punch a building and then stun it, as well as sending it balls of electricity. It will shock any building it touches and deals with small amounts of damage. 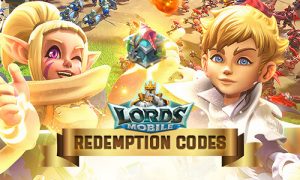 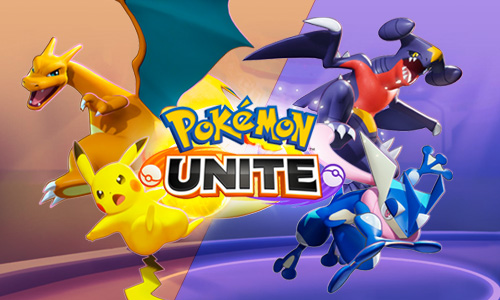