When you play Dragon Nest M – SEA for the first time, one of the things that you will do is to select the class of the character that you will use. There are 10 different classes available and each one presents advantages and disadvantages. Now, selecting the class that you will go with will come down to your preference. But one of the popular choices by many players is the Assassin class.

It’s a class that’s an expert in hand-to-hand combat and specializes in mid to close-range combat. But what makes the assassin a popular option among players is its stealth ability and knack for quickly dealing damage to enemies. It’s a great class to play if you’re looking for a hand-to-hand specialist who also has stealth ability and can swiftly attack. But how do you properly play this class and what will be specializations suited after the assassin? Let’s discuss this in this article.

The Available Specialization of the Assassin Class

Like all of the available classes in Dragon Nest M – Sea, you will have a chance to select a specialization once you reach level 15. For the Assassin class, there are 2 specializations that you can choose from, Chaser and Bringer.

The Chaser is the natural progression of the Assassin class. If you prefer something different from the usual assassin, then you can go for the Bringer specialization. This class focuses more on using chakra energies to deal damage to enemies while also assisting allies. The Bringer has two faces, light and dark, the dark is for attacking and the light is for support. So, this is a class that relies more on energy attacks instead of using weapons.

This is a great option for players who prefer using energy attacks instead of relying on weapons. It’s for players who chose the Assassin class but prefer not to mix it up or be sneaky during fights.

The Advancements of The Assassin Specialization Class

Once you’ve decided on a specialization, you will again be required to make another choice when you reach level 45. For the Chaser, you can choose between the Raven and Reaper. And for the Bringer, there’s the Abyss Walker or Light Bringer (Light Fury). Each advancement brings something unique to the table and choosing one will depend on the style that you would like to continue to play in Dragon Nest M – Sea.

This advancement focuses more on using the character’s fist and engaging in high-action and intense close combat using its fists of fire. If you’ve chosen the Bringer and you prefer to focus more on its dark powers, then you should go for the Abyss Walker. This advancement goes straight to the dark side of the Bringer, using its influence to wreak havoc on the battlefield with its decay attacks. But if you’re someone who prefers using the light side of the Bringer and supporting allies, then choose the Light Fury.

It’s an advancement that focuses on the light and using its influence to support allies. It’s a great option if you’re someone who prefers to be more of a supporting character than being a damage dealer. The Light Fury is also something that many other players prefer to have on the team since not many players want to play a supporting role.

The Weapons that An Assassin Will Use

Like with any class, the Assassin class will also have certain weapons that are designed for them. For the main weapon, you can use the scimitar or dagger. The scimitar is a curved sword, which works well with the assassin’s skills and abilities. The dagger is even better, especially if you’re going to take advantage of the assassin’s ability to hide weapons and then use it to swiftly attack enemies.

A secondary weapon for the Assassin class is the crook, which is a bladed weapon that usually has chains attached to it. It’s another great weapon for the assassin and it’s also easy to hide.

The Assassin class is an appealing class to choose, especially for players who like close to mid-range combat and use stealth and swift attacks to deal damage. But the specializations and advancement of this class have shown that it can also play other roles. It’s a great option for players who like to surprise enemies, deal powerful damage, or support other players. 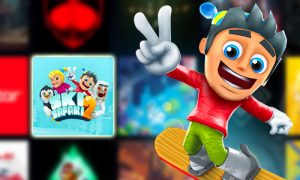 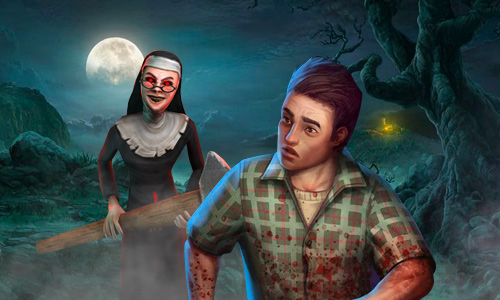