Free to Play vs Pay to Play Games: To Buy or Not to Buy?

There is no doubt that gaming is one of the biggest industries today. In 2020, after the global pandemic and people just sitting around at home, video games became a scapegoat for many. If people weren’t watching Netflix or reading a book, they would go on to gaming – whether it is PC, consoles, or even mobile.

Thanks to people’s isolation, video game publishers began to see an increase in income as more consumers from all types of demographic came together. Some people are willing to pay full-priced games as much as $60, while others prefer to play without spending a dime. Either way, publishers gain lots of income. The question remains: which type of game is better – free to play or pay to play? Let’s break down each of them and see their pros and cons.

Since the start of the 2010s, free to play games began to reach mainstream audiences such as CrossFire, and DotA 2. While they are free of charge, you already get the game’s full experience without any pay to win tactic. Giving the player the whole gameplay without spending a dime influenced more publishers to do the same.

However, only a few were able to pull it off, much like how Riot Games – the developer and publisher of the multiplayer – did. This also started the whole trend of free to play mobile games. In 2010, games such as Plants vs. Zombies, Angry Birds, and Jetpack Joyride began to emerge, giving rise to a whole new breed of gamers – the casuals. Thanks to its mainstream popularity, these games started to earn millions every month and even expand the franchise to movies, tv-series, and even animations.

What are the Disadvantages of F2P Games

Another disadvantage of these is that anybody who is not responsible enough to manage money is prone to digital gambling. Stuff like gacha games in general play like slot machines without the guarantee to get the desired high-value item in the game. Chances are low for getting high-value items; therefore, people who are not aware of its dangers can lead to catastrophic financial consequences.

When publicity rises, so does the potential exposure of products. That is why high-traffic games like Subway Surfers and Temple Run gain money from advertisements. Even if nobody would buy their products like microtransactions, these games can still earn money. Much like free TV shows, they get their revenue from ads. Publicity equals an opportunity for money growing. Another way for F2P games to earn money is through microtransactions. This is the most effective and high-profit method for games like Apex Legends, and Fortnite to make money.

For the sake of simplicity, we will combine both full-priced games and games that require monthly subscriptions. Video games are known for their expensive hobby. Still, most of the time, the $60 spent on a full match always brimmed with quality and replayability. These games are known for their narration, story, graphics, and sound. Pay to play games has evolved through the years – from Doom’s humble beginnings to a lucrative business like World of Warcraft.

Due to its fanbase’s consistent consumption, publishers have found loopholes to take advantage of the people’s addiction to their products. And this act leads to some deceptive business acts. Modern games like Cuphead, Dark Souls, Skyrim, Dragon’s Dogma, Gran Turismo, GTA, and Rainbow Six: Siege is popular for their craftsmanship and amazing replayability. Indie games are cheaper with less budget, yet they offer unique gaming experiences.

What are the Disadvantages of P2P Games

Perhaps the only problem today regarding P2P games is the inclusion of microtransactions. The only reason why F2P games sell more than P2P games is because of the endless purchases. It makes sense because the mentality of a consumer is that P2P games are a one-time deal. Yet, if you play a F2P game and you happen to like it, you’ll dive into a deep consumer rabbit hole and stack up thousands of bucks on a single game.

This is why major game publishers like EA Games and Activision seek to do this on their consumers to make the most profit. It is undoubtedly a greedy tactic and a vile act from a player’s perspective, yet clever and deviously smart in the eyes of business and shareholder.

Which One is Better?

Nowadays, F2P and P2P are now somewhat sided by side when it comes to quality games. Take, for example, Genshin Impact: a free to play the game on multiple platforms that have almost the same excellent quality of life gameplay as Legend of Zelda: Breath of the Wild. Some P2P games even converted into F2P games because the publishers know that’s how they can make the most money. CSGO, Team Fortress 2, and Rocket League are among those notable titles.

But if you were to pick a better type of game, that all depends on you. Whether you prefer casual games or hardcore high-skilled titles, it all rests on your standards in games. Do you like multiplayer with millions of players every month? Pick something like Fortnite or Rocket League. If you choose more on the stories and great presentations, Halo, Uncharted series, Yakuza, Nintendo flagship titles, or any high-rated Steam game are your ticket to great experiences. 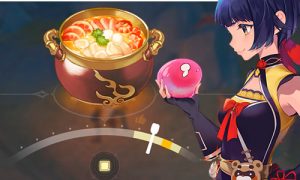 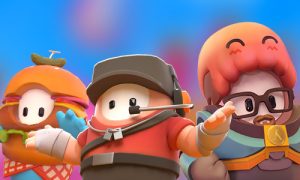 Fall Guys: The Best Tips to Winning Every Mini-Game!

Fall Guys: Ultimate Knockout is one of the hottest games this year It was released last August 4, 2020, and now has over 10 million sales on Steam. It is a popular multiplayer game— along with Among Us– that people sink time in, especially during the CoronaVirus pandemic.
Posted on December 1, 2020