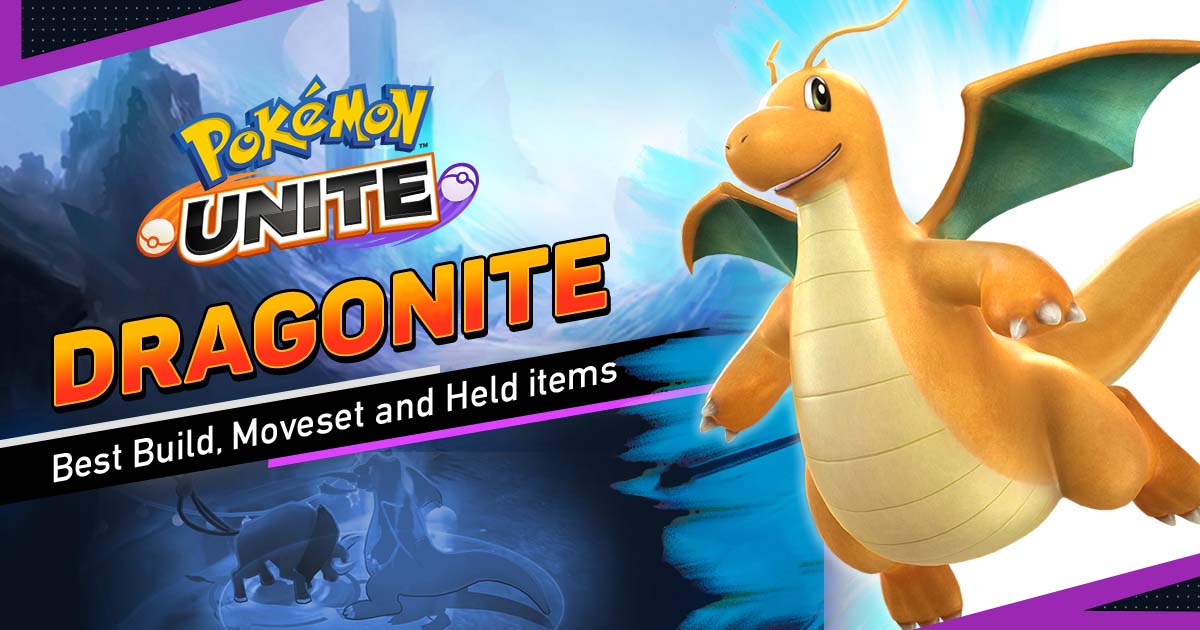 Another awesome all-rounder Pokémon is about to set fire to the battlefield, and it is Pokémon UNITE Dragonite. This creature focuses more on physical damage. With its distinct trait to obtain various abilities by its basic attack, Dragonite takes advantage in adapting its environment. Though this Pokémon seems to be powerful with its unique traits, it takes a lot of time to master how to use Dragonite. So, to help you understand more about Dragonite here’s a comprehensive guide about this fantastic dragon to become a pro in this action game.

This is the level 1 dragon or the starter phase of Dragonite. In this evolution, Dratini blasts water towards its opponent and becomes a boosted attack when it reaches the third attack. This attack damages the opponent whenever hit and decreases the cooldown of their moves. Another amazing thing about Dratini’s water attack is it affects the restoration of the opponent’s HP whenever hit.

Once Dratini reaches level 5, the dragon will evolve into Dragonair. Like Dratini, this dragon also deals damage to its enemies when hit and affects the user’s moves cooldown. Also, in every third attack, it will become a boosted attack. The difference with Dragonair is that it doesn’t only focus on water attacks; it also attacks electrically. Once an electric attack hits an opponent, it will be paralyzed for a short time. As for the water attack, it shares the same effect with what Dratini has.

If you are opting to attack groups or the opposing team as a whole, you can consider using Dragonite’s electric attack. While surviving, you can use the boosted water attack, and as for finishing off, you can use this Pokémon’s fire attack.

Here are the best moves you can experience with Dragonite.

If you’re the kind of player that prefers to obtain Dragonite’s damage, you can alternatively choose Extreme Speed. This move is straightforward to use as you will only need to point and click. But Dragon Dance is a great move when talking about a far higher skill ceiling. 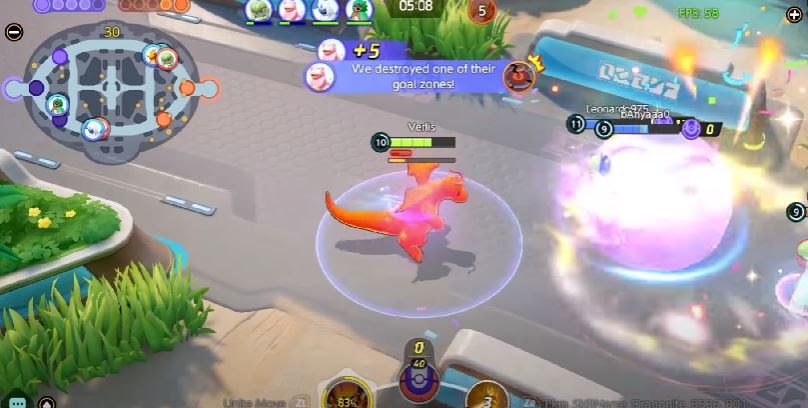 Regardless of your choice, these two moves are comprehensively workable. However, you can choose according to your playstyle. In Outrage, it’s the kind of move that uses the last active enhanced basic attack. When talking about Outrage, Dragonite can roam around the battlefield in this move, either recovering health, fighting various enemies, or attacking everyone in his path through his fire trail. Dragonite is forced to use its melee attacks during its time scale in this move.

On the other hand, Hyper Beam is an excellent choice for players that opt for a ranged attack. Dragonite charges up and releases a beam that can damage its opponent in this move. If you are a player that prefers long-ranged attacks or kiting, you must consider this move. Most players choose this move because it keeps Dragonite at a distance while damaging enemies.

It is a unite move where Dragonite flies into the air then lands to create damage in a circle. With this move, the affected opponents will be thrown out. To fully utilize this unite move, you need to buff Dragonite through Dragon Dance and combine it with the passive stat increase of Drago Impact, and it can bring destructive effects.

As for Dragonite, the best held items you can take are the Focus Band and the Muscle Band. As we all know, this Pokémon depends more on using its enhanced basic attacks, which makes Muscle Band an excellent item for Dragonite. To increase Dragonite’s defensive capabilities, you need to equip him with Focus Bands to help him survive the battle. Remember that Dragonite must survive the game for a long time to stack damage to the opposing team continuously.

If you want to add more damage for auto-attacks, you might consider adding a Scope Lens. Other items for defense are the Score Shield and Buddy Barrier. As for the offense, the Razor Claw is a great addition.
As for battle items, any kind of Pokémon will never go wrong by adding the Eject Button. But if you want to explore more Dragonite, you can take Full Heal’s hindrance removal, along with invulnerability to support your Pokémon. You can also try X-Attack, X-Speed, and the Fluffy Tail. If you want to use Dragonite as a jungler, use the Fluffy Tail. To increase attack, choose X-attack, and use X-Speed to zoom around the map.

Pokémon UNITE Dragonite is renowned for being an aggressive all-rounder that mainly focuses on using its enhanced basic attacks to defeat its opponents. With its ability to cope with its surroundings, you still need to take time to master how to utilize Dragonite successfully.

We hope that this comprehensive guide helped you understand how Dragonite works in Pokemon UNITE. For more Pokémon UNITE guide or updates, stay tuned here at Games.lol. 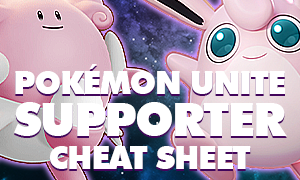