Everything You Need To Know About Red Imposter: Nightmare Christmas

One of the most unexpected games to skyrocket in popularity in recent memory is Among Us. The action multiplayer game became a household name two years after its release, as people started playing the game. The sudden popularity was unexpected but it also garnered a lot of attention. This prompted various content including games that are inspired by this action multiplayer. One such game is Red Imposter: Nightmare Christmas.

It’s an action game that’s published by OneSoft Global PTE. LTD. From the initial look, you’d see that this is a game that was inspired by the popular action multiplayer. The characters look similar to that of the space beans and there’s also an impostor and crewmates. The roles of both are also the same, where the impostor’s goal is to kill all crewmates, while the crewmates try to complete tasks or eject the impostor.

But the similarities stop there. Once you start playing, you’ll see that this is a completely different game. To help you understand this game better, this blog post will be a Red Imposter: Nightmare Christmas in-depth guide. We’ll discuss the features and gameplay of this action game.

Red Imposter: Nightmare Christmas’ gameplay is very different from that of the popular Among Us. In this game, you will play the role of an impostor, which means your goal is to kill all the crewmates. There will be various levels for you to complete and at each level, the goal is to kill all crewmates. But like with the original game, you should do it without getting detected.

This means killing a crewmate without another crewmate seeing. It’s also important that you don’t let other crewmates see a dead body. Once they see the body, it’s an automatic game over, as you’d be ejected. You should also take note that you have to complete the objective before crewmates complete all their tasks. If they complete their tasks first before you kill them all, you’d lose and have to repeat the level.

The great thing about this game is that you don’t have to worry too much about a big map since there are only a few rooms. You also don’t have to deal with many crewmates. The number of crewmates you do need to kill increases as you progress in the game. This goes the same for the rooms on the map. There are vents that you can take advantage of to make traveling between rooms faster. Now that you have an idea of Red Imposter: Nightmare Christmas gameplay, it’s time to discuss the features it has.

This action game also provides good features for players to enjoy. Sadly, that feature doesn’t include multiplayer gameplay. So, don’t expect that you can play this game with other people. Nevertheless, it’s still an interesting game and you’ll see why.

One of the main features that Red Imposter: Nightmare Christmas offers is the many different levels available. And the great thing about these levels is that the difficulty increases as you reach the higher levels. This means that you can expect to have an easier time killing crewmates in the beginning. But as you progress, expect to have a harder time killing all the crewmates before they complete their tasks.

The difficulty you’ll experience will be in the form of more crewmates. The lower levels will only have two crewmates to kill, making it easier and simpler, but the number of crewmates increases as you progress. This makes it harder to kill them, without getting noticed.
Tons Of Customization For Your Red Imposter

Another feature of Red Imposter: Nightmare Christmas is that you can customize the appearance of your character. There are three options available for customization, the hat/hairstyle/headgear, the skin or costume, and the pet. These customizations are not available for free. You’ll need to spend the money you earned for completing the game. You can also choose to acquire them by watching ads. Each option will have a corresponding number of ads you need to watch to get them.

Final Thoughts About The Action Game

Though Red Imposter: Nightmare Christmas was inspired by Among Us and has similar features, it’s a completely different game. The gameplay is simpler and quicker, allowing players to complete several levels in a short amount of time. It also offers great features like having different levels that get more difficult and the ability to customize your character. It’s a great game to play and it’s worth downloading. You’ll have a great and enjoyable time playing this action game.

Download the game using our Games.lol launcher for a more optimized gaming experience. Get access to thousands of other free-to-play titles along with full-screen gameplay and customizable keymaps. Join the PC master race now, and download our installer now! 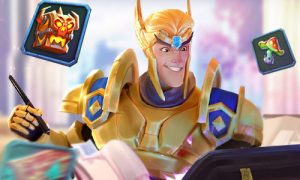 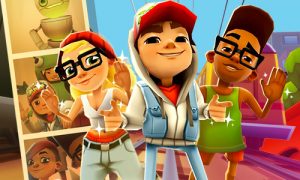 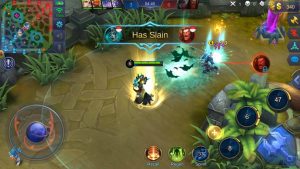