Rules of Survival survived the test of time since 2018. While the battle royale genre may not be as popular as it was during that same year up to mid-2019, there are still countless players joining the game everyday. It only takes roughly 20 to 40 seconds until you get matchmade in either solo, duo, or squads. That said, the only “casual” or “normal” game mode here is the Ranked Mode. And, by Ranked, that means everyone in the game is highly competitive. Is there a meta in the game? Not really, but high Elo players would say so. So, how does meta work in a battle royale? Through the weapons, of course.

While the developers may not have buffed or nerfed any weapons (because they most likely feel that the weapons are balanced on their own), there is an ongoing meta in the game even today in 2020. We will look at the best Rules of Survival weapons and give a brief description of why each of them is very effective when it comes to climbing up the ranks. The gameplay’s best guns can be in various categories, including SMGs, assault rifles, melee weapons, handguns, and sniper rifles.

Rules of Survival Weapons: What Makes a Good Gun?

To understand further as to which of them are the Rules of Survival best guns, we need to understand four essential aspects: damage, firing rate, range, and magazine capacity. If there is a balance between these 4, then you know it’s the right gun for the right situation. Let’s take a look at each of the gun in their respective categories:

The SMGs play a pivotal role in close-quarter battles. If given the situation that you are fighting in a building, the best weapon to use is the SMG. Not only are they useful in narrow corridors, but they can also take down enemies thanks to its high firing rate. It may be significantly weaker than assault rifles. But taking advantage of its DPS (damage per second) in short distances will raise your probability of winning a clash.

The Tommy Gun is a beginner-friendly SMG that has the right balance between firing rate and damage. It’s not the fastest in terms of firing rate. Still, its excellent ammo capacity and decent recoil make it easy to control, especially when fighting in CQC.

The BIZ has one of the highest firing rates in the game, along with a massive recoil. Some may call this ineffective, but high Elo players would say otherwise. The PP19 deals massive damage up-close, and if you can take advantage of its recoil to focus on the chest to headshots, you have quite an OP SMG.

The crows-favorite MP7 is beneficial in 3 areas: incredible firepower, good recoil, and four attachments. On its own, it’s very underwhelming. But, give it at least a red dot scope, a compensator, and an extra magazine, and you have one amazingly flexible SMG.

Pistols are mostly useful in early game skirmishes, primarily if you haven’t found a better weapon yet. However, it scales poorly in the late game. The only reason you’d want to carry a pistol is if you are in the middle of a gunfight, and you need a faster option than reloading. Swapping to a pistol is always faster than reloading any weapon.

This default single fire pistol is the most flexible handgun. It provides enough damage against early-game enemies, especially if they are not wearing armor.

This powerful magnum pistol can pierce through enemy armor. The only downside about this is the high recoil.

Strictly for close combat skirmishes, shotguns are favorable if the fight is within the confines of buildings. It’s tough to pull off a kill using this in an open area.

The semi-auto AA12 is useful in very close combat. You can easily intimidate a rushing enemy by suppressing their positions with a full magazine. If you manage to catch them off-guard, you can kill them with this in just 3 to 5 hits.

The pump-action M870 is among the beginner-friendliest shotguns in the game and can hurt enemies a lot in the early game. Be mindful of its slow reload, though.

The M1887 shotgun is quite a tricky gun to use since it only has two bullets per mag. However, it has the immense shotgun damage in the category and can down an enemy in 2 hits. Be mindful of its low accuracy that is.

Are you looking to charge in on your enemy blitzkrieg style? You will need a melee weapon for that. And while the rubber chicken is fun to use, it’s just only for meme purposes.

The crowbar has the largest hitbox, among other melee weapons in the game. Others define a crowbar as a signature weapon in discovering treasures in every gameplay. Thus, Rules of Survival can be a tool for you to escape and win over your opponents.

This knife is useful for fast stabbing enemies, especially within close range. So, it means that this item is most effective when your enemies are near your location. Thus, you might want to think twice when choosing this weapon because it loses its purpose afterward.

The rifles item is the most flexible gun in the game. Whether it is long-range, medium-range, or even close quarters, rifles are exceptional in any case.

This semi-auto rifle is nothing much to behold. However, give it a long-range scope, and it turns into a single fire powerhouse against distant enemies.

You can easily find an AR15 in almost any match. It may be the most common assault rifle, but it provides one good reason to keep it: a high firing rate with a decent recoil. Put on a compensator and watch this melt your enemies like butter.

The M4 rifle is arguably the best gun because it is just a reliable gun, in short, medium, and very long range. It all depends on what scope you want to use. These items are all useful anyway, depending on your skirmish situation.

Lastly, we have the sniper rifles. These are the prime choice of a seasoned player thanks to its pinpoint accuracy and effectiveness at long range. One of them can only be found in dropped supply crates.

Low recoil with high stopping power, this .50 caliber can stop a level 3 armor at a distance with just one or two shots.

This automatic rifle is a much better choice if you want to snipe at a shorter distance.

SVDs are commonly found in any match. While it does provide significant damage, it suffers from terrible recoil.

The iconic arctic rifle is an excellent pick-up in case you haven’t found a Barrett somewhere. This item can take down an enemy in just one good headshot.

These are the best guns in RoS, and we hope that the guide helped you out. If you want to test out the game’s best guns, play the game for free here on the PC.

Torn between Rules of Survival, PUBG Mobile or Free Fire? You may want to check out this brief comparison of the best shooter game for 2020. 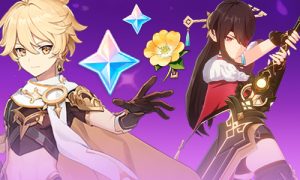 Genshin Impact is easily one of the biggest, if not, the most ambitious titles in the free-to-play video game market. After all, a free-to-play game that comes with a budget of 100 million dollars for development and marketing is definitely something worth checking out.
Posted on January 19, 2021 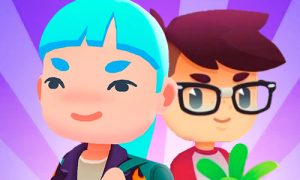 Idle Life Sim is a game that makes life worth living, or in this case, playing. Taking heavy inspiration from the likes of BitLife and The Sims, Idle Life has a much more subtle and lighter tone compared to the two games.
Posted on April 14, 2021