One of the best multiplayer action games that you can play right now is Among Us. Developed by InnerSloth, it’s a game of deception that’s played with at least 4 players and a maximum of 10. In this game, 1-3 players will play as Impostors while the rest as Crewmates. The crew’s goal is to complete tasks or identify and eject all Impostors, while the impostors’ goal is to kill all Crewmates.

It’s a fun and entertaining game that surprisingly took off in 2020. One of the features of Among Us is the ability of players to customize their avatars. They can change color, put on outfits, and accessories, and even have pets accompany them. Having pets is one of the cool things you can do in the game.

The Cutest Pets Among The Rest

Probably the best and cutest pet you can purchase in Among Us is The Dog. Despite being a one-eyed animal, the silly appearance of the dog makes it the cutest pet in the game. Since it’s very cute, most players won’t suspect you of being an Impostor whenever they see you. They’ll look at your cute pet and tell themselves, no Impostor would likely have a cute pet as a companion. 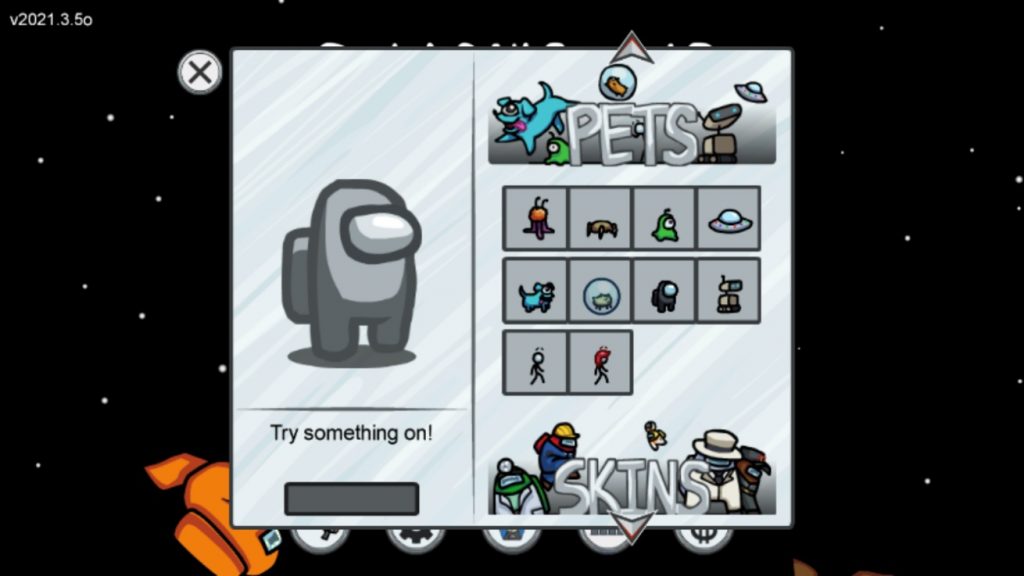 Slugs are usually looked at as monsters, but not in Among Us. The Brainslug is another cute pet that you can purchase and use as a companion. The one-eyed monster looks adorable and will make you a pleasant player to come across during game time. Players will likely say “aaawww” whenever they see you and your Brainslug.

Another adorable pet that you can have in Among Us is the Hamster. Hamsters are generally cute creatures. Despite the alien-like eyes, you’ll still find the Hamster cute, especially with its space ball. You’ll be looked at more like a friendly player instead of a suspected killer.

If you’re a big fan of the movie Wall-E, then you will love the pet Robot. This is because the Robot is a dead ringer for the lovable robot in the movie. The only difference is the color. This is why this pet isn’t that high on the rankings. If the Robot happens to look like Wall-E, it might be the best pet in the game right now. Sadly, the dullness of the grey color makes this pet less cute. But hey, at least it’s not that noticeable unlike the ones above it in the rankings.

Have A Mini-Me Walking Around with You

Another cute pet to have is the Mini-Crewmate since it looks like you just have a kid with you. It’s just like a bring-your-kid-to-work day at Among Us if you purchase and use this pet. Of course, not all players will find this Mini-Crewmate pet cute. Some might think that your pet is an accomplice and be more suspicious of you (even if the pet doesn’t do anything). 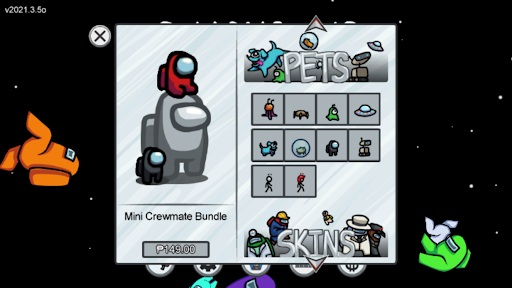 The Henry Stickman series also invades Among Us with the Ellie pet. Similar to the Mini-Crewmate, it’s like you’re just bringing your kid to school. Be careful though. Some players will look more suspicious of you thinking that your pet is an accomplice for the crimes you’ll commit. Ellie is another Henry Stickman pet, Henry. He’s also like Ellie in a way. He is only ranked this high since the Ellie pet looks cuter than he is.

The UFO is a cool-looking pet, especially if you’re someone who is into aliens and stuff. Sadly this pet doesn’t have the best aesthetics compared to the ones above it. And since it’s an actual small UFO that’s hovering around you, it can get a bit creepy after a while. This will also make you a bit suspicious-looking since there’s a creepy-looking UFO following you everywhere.

Glitch is another pet that’s slightly less appealing, compared to the others on this list. Though this pet is called the Glitch, it’s the icon of the video live streaming service, Twitch. Since many people use this platform, it will be recognized. And since it’s a streaming service, people might be more suspicious of you since they’ll think you’re a streamer. So, they’ll assume you’re the Impostor in the game outright. 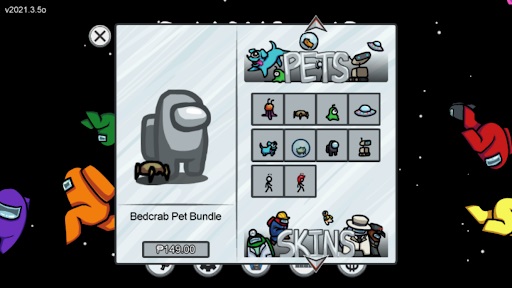 The Squig pet is ranked this low because there’s nothing cute or silly-looking about this pet. The developers have no idea what they are, so it’s up to the player’s imagination on what these creatures are. And since they’re more of an unknown, players who have them will look more suspicious. Others will think why does a player have this unknown alien creature as a pet, it must be an Impostor.

Probably the worst pet you can have in Among Us is the Bedcrab. It looks more like a creepy crawler insect, making any player who has them look more suspicious than awesome. Though the pet themselves doesn’t look that bad, the fact that they look like insects is a turn-off. So that’s about it for the best to worst pets in Among Us. Choose your companion and play this awesome game straight from your PC. A good round of Among Us is always a great way to spend the day. 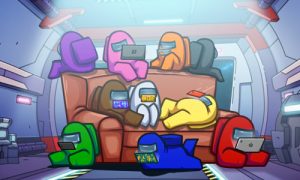