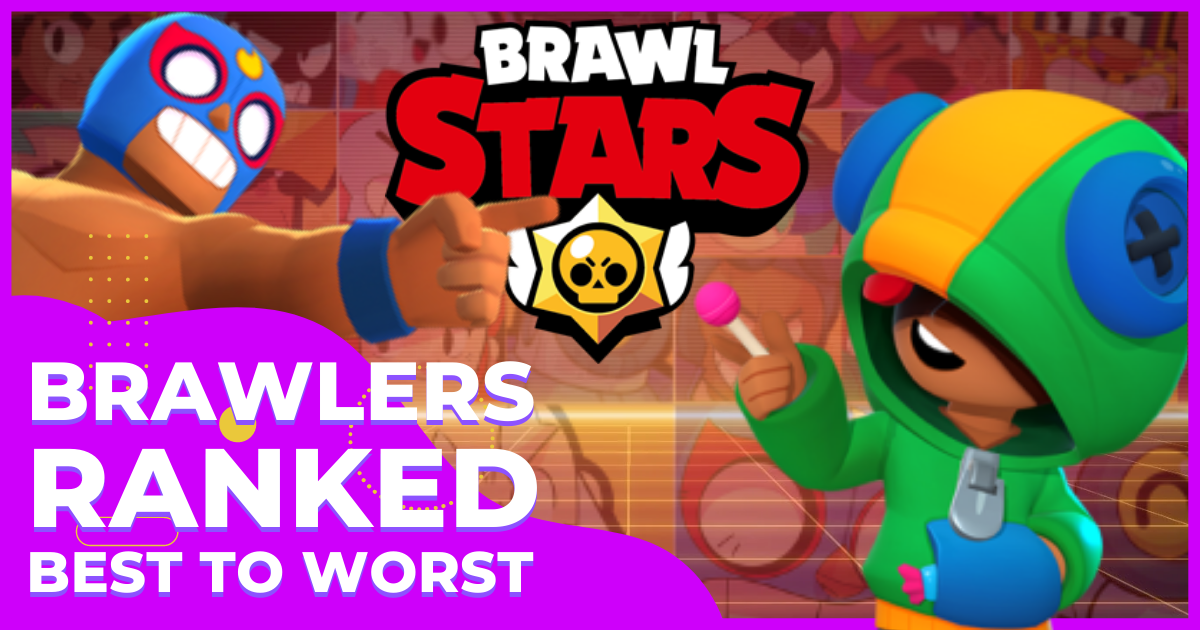 Brawl Stars is an action game that currently has 56 characters you can choose from. For this reason, picking the right brawlers for every match can be quite confusing. Moreover, Brawl Stars game devs tend to buff weaker brawlers and nerf overpowered ones. It often causes changes in the meta every season. As a result, many would also find it difficult to keep up with the current meta and remain competitive. So, if you’d like to have that edge or would just like to have fun overpowering your opponents, we might just have what you need to make things easier with our Brawl Stars tier list

Here, we will present to you our tier list of the current Brawl Stars meta. We’ll rank the brawlers in 6 tiers with the S+ tier being the strongest and the F tier being the weakest. That way, it’ll be easier for you to choose the right brawler.

Here is our Brawl Stars tier list with every brawler ranked from best to worst.

S+ Tier Brawlers – Must Use

Brawlers found in the S+ tier are the most overpowered characters in the game. These brawlers have the highest damage and are usually more durable. Furthermore, they tend to have excellent escape skills that allow them to avoid damage. For this reason, these characters tend to represent the strongest brawlers in the current meta. Therefore, you should prioritize these characters if you want to ensure having the edge in every competitive match.

This tier of brawlers is considerably stronger compared to most of the characters in Brawl Stars. Apart from that, they tend to have a good balance between damage, durability, and escape skills. As a result, it allows them to do well in most matches and against most opponents. However, they are just a notch below the S+ tier characters when it comes to power.

The A Tier consists of the bulk of Brawl Stars characters. Given that we are ranking our brawlers in 6 tiers, this tier represents brawlers who have above-average capabilities. Moreover, they have a decent balance of damage, sustainability, and evasion skills. For this reason, we could say that this set of characters is pretty good. With the right team balance, there’s a good chance that these brawlers can contribute pretty well to the team’s win.

The brawlers found in this tier are right in the middle of the pack. So they aren’t as effective when it comes to team fights if compared to the higher-tier brawlers. However, if you’re just looking to play this game casually and don’t mind being competitive, these brawlers can hold their own in a casual match with other non-meta brawlers. With that said, these characters are just okay as brawlers.

C Tier Brawlers – If You Have No Choice…

C tier brawlers are characters who just couldn’t keep up with the meta. It’s either that they have been constantly nerfed until they dropped this low in the tier list or that the constant evolution of strategies and tactics made them less relevant in the current meta. You can still use these brawlers if you’d just like to test them out, but they can be difficult to use competitively.

This last tier consists of 2 of the worst brawlers in Brawl Stars. They are considered the weakest brawlers in the game and are very difficult to use effectively. Avoid using these characters especially if you’d like to climb up the ranks. You’ll just be putting your team in jeopardy. It is best if you wait for the devs to buff these brawlers or revamp them.

So, there you have it! That’s how we rank the brawlers in the current meta. If you’d like to grind ranks competitively, make sure to check how your favorite brawlers stack up against other characters in Brawl Stars. Other than that, check out more tier lists, game guides, and reviews here on Games.lol.