Counter:Side Guide – Tips to Play Better in This RPG

One of the most exciting strategy role-playing games that you can play is Counter:Side. It’s an RPG game where you play the role of CEO and then assign Counters to battle against unknown monsters. This game is not really new since it was launched in 2020. But before, it only had a Korean version, which limits the players to play it well. Now, an English version was finally released, which excites many players.

In this game, unknown monsters are threatening the world, and it’s your job to prevent that from happening. There are many different Counters available in the game, and each one of them possesses unique skills and abilities. You even have high-tech ships that can help you out during battles. Ultimately, it’s an exciting and awesome RPG that you will enjoy playing.

Although the game will provide a tutorial, it can still be a bit overwhelming to play for beginners at the start of the game. To help with that, read this blog post as we bring you a Counter:Side guide from 777ucky. Here, we give you some basic tips and tricks for beginners that will help them get started in this RPG.

How the Battle Gameplay Works

Most of the battle gameplay will be discussed during the tutorial, so it’s important that you don’t skip it. Now, the battle in Counter:Side is not like most RPGs where your units are already placed on the battlefield. It starts without any units, so you’ll have to deploy them on the field. However, it will cost energy, which replenishes quickly.

Moreover, each Counter will have certain energy required to deploy. Once they’re on the battlefield, the goal is to destroy the enemy base while also protecting your ship. Furthermore, Counters will attack automatically, but you will need to tap the purple icon above them once their special skills are available.

The gameplay of Counter:Side is similar to many strategy games available right now. What’s more, Counters will also play one of six roles: Snipers, Rangers, Strikers, Defenders, Supporters, and Towers. Each role will have an advantage and disadvantage against certain roles. 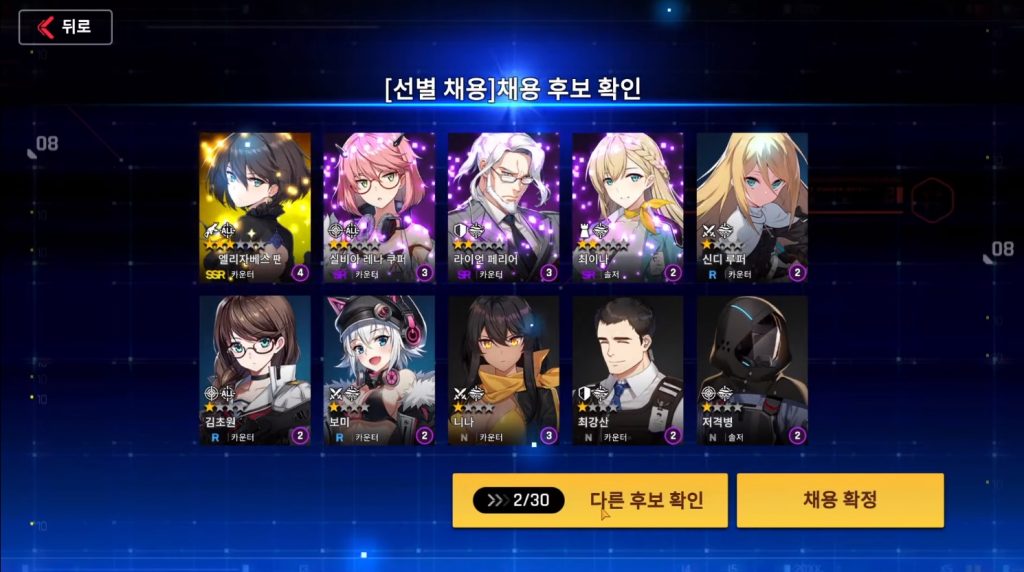 Learning More About the Counters

Keep in mind that your success in Counter:Side will depend greatly on the Counters that you will use in battle. Now, there are many different Counters available, and each one is unique. They are also classified as SSR, SR, and R. The SSR characters are considered the best and most powerful ones available. So, they’re the ones that you should try to aim for. But they’re more difficult to acquire, so you might have to settle for some SRs first.

As mentioned above, each Counter will also play 1 of 6 roles, and each role will have certain advantages and disadvantages against other roles. For example, a Ranger will have an advantage over a Defender, dealing 30% more damage while also lessening the damage they take from the Defender by 30%. However, only 1 row won’t have any disadvantage against other roles, and that’s the Supporter role.

After the battle tutorial, you’ll have your first recruitment, which will be an SSR, 3 SRs, 3 Rs, and 3 N Counters. You can reroll 30 times if you’re not happy with your SSR Counter. For the SSR Counters, you should try to aim for Kyle Wong, Choi Na, Evelyn Keller, or Yang Harim. If you happen to get one of them, you can already confirm the recruitment. Having one of them will make it easier for you to progress in the game.

All RPGs usually have a main story that you’ll need to follow to progress in the game, and Counter:Side is no different. However, there are also other things that you can do in this game. There are events, side quests, and other things that you can do to help you further develop and earn resources. Though these things will be important in your development, it’s best to stick to the main storyline in the beginning. Doing this will not only progress the story but will also unlock many auto-run stages. This will make it easier and simpler for you to play the battle sequence.

If you’re still starting out in this game, the main story will put you on beginner missions. These missions are more in line with your Counter’s level and development. Taking these missions is beneficial since the side quests and other events might not be something you can handle yet. However, beginner missions will also have a 30-day expiration, so you’ll have to try and complete all of them first.

Use Your Diamonds & Quartz Wisely

Diamonds are one of the currencies used in Counter:Side and it has many different uses. The best ways to spend your diamonds in Counter:Side would be purchasing black tickets, dungeon tickets, and daily ether packs. These things will help you tremendously in your development. So make sure you save up your diamonds and use them only on activities that can help you grow.

Another currency that the game has is Quartz, which is the premium currency available. As a premium currency, it means it’s something you can acquire quickly and easily through spending money. Though there are ways to get them for free, it takes time and effort. This means you have to grind and save your Quartz. Moreover, the best use for them would be purchasing summoning tickets.

Since Counter:Side is a game that requires building a team of powerful Counters, you’ll need to be able to summon a lot of them. So, save your Quartz and use them mostly for summoning.

There are many things you’ll need to learn about in Counter:Side. But the ones mentioned above will already help you get started in the right direction. 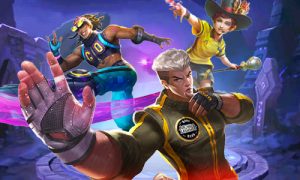 Much like any competitive game, Mobile Legends continues to grow as a fast-paced multiplayer. The game turned from a cheap knock-off into a title that slowly distances itself from the PC competition as a unique online game.
Posted on September 18, 2020