Consistently winning battles in Fate/Grand Order will require you to use proper strategies. But having a good strategy is just one aspect. The main factor that can determine whether you’ll do well in this role-playing game or not is the servants. Since battles become more difficult as you progress, you’ll need to have the Fate Grand Order best servants. But the issue here is that there are many different servants available.

Though having choices is good, it can also be a bit overwhelming. There are currently over 400 servants in this RPG, and you can only select a maximum of six for your party. That makes it a challenge to form a team. Fortunately, not all servants are created equal, as there are powerful servants that are a cut above the rest. Read on as we rank the Fate/Grand Order best servants to use in the game.

The top Berserker in the game, especially of the Berserker Buster variety, is Arjuna (Alter). He may not look like a powerful character at first glance because of his disappointing Buster NP. Despite that negative trait, he is among the FGO best servants that can deal a high amount of damage in the beginning. And this is primarily because of the Special Attack of his first skill against debuffed enemies. 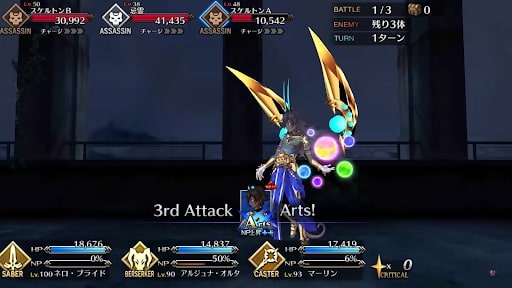 So, if your team is applying a lot of debuffs, Arjuna (Alter) will be a valuable member. He can take advantage of the constant debuff enemies have and dish out tons of damage. Cu Chulainn (Alter) is another good Berserker that you can use.

If you are looking for the best avenger, then look no further than Space Ishtar. What’s great about her is that she can change the card type of her NP. She can change it between Arts (her default type), Buster, or Quick. This makes her a very versatile servant and can take advantage of several support options.

She is one of the Fate/Grand Order best servants to put in any team composition because of her flexibility. She also has high attack stats, which allows her to clear waves quickly. For an alternative, Edmond Dantes is a good avenger that you can use.

For the best Assassin in Fate/Grand Order, you have Kama. Her card type is Quick NP, and she can deal heavy damage to a single target. This assassin also has Charm, allowing her to paralyze the enemy. Additionally, her NP has an 80% charm rate that can be boosted to 120%. That means it’s guaranteed that her charm effect will hit enemies.

Aside from dealing high damage and the ability to charm enemies, she also has many self-buffs. This strengthens her further during battle and makes her a force to be reckoned with. A good assassin alternative is Jack The Ripper.

A hybrid attacker/buffer, Nero Claudius (Bride) of the Saber class is a servant that will fit in almost any team composition. She is powerful enough to perform well independently in battle. But she can also be used in many different setups. Her best composition would be Arts-centric teams because of her ability to allow a teammate to spam their NP. And if you need more damage, her high NP generation rate allows her to deal high damage as well.

Though she is placed in the backline, she can also be put in the frontline to replace fallen servants. Overall, she is a true all-rounder that will help you in any battle. You can also use Okita Souji as an alternative Saber servant.

Tamamo-no Mae is an awesome Caster that is a staple in any Arts-dedicated team. She can reduce cooldown, as well as charge the team’s NP. She can also do a party heal and a targetable Art’s performance up buff, which are currently the best in Fate/Grand Order right now. The only downside with her is that she can’t be used outside Arts-focused teams. 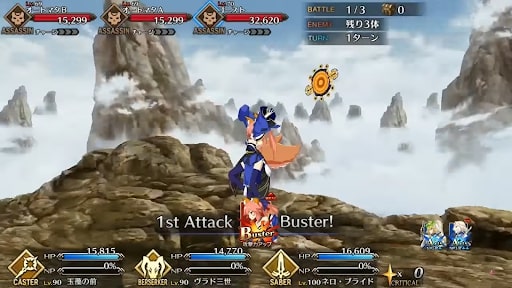 Her skills and abilities don’t work well with other types of team composition. Nevertheless, if you plan to build an Arts team, then she should be part of it.

If you need a versatile caster, then Zhuge Lian (El-Melloi II) is your servant. This caster can fill the NP of his teammates on-demand, as well as provide valuable buffs that can make your team more powerful. He can increase the attack, defense, and NP meter of the entire team. He may not deal huge damage, but he deals damage over time.

Additionally, he can decrease the enemy’s defense, put a curse, and affect enemy NP charge. He also has a chance to stun. His overall skills and abilities make him valuable in any team composition. With him around, the difficulty level of a battle will decrease significantly.

If you prefer using Quick servants, then you’ll need the caster Scathach-Skadi. She has a 50% Quick buff and Quick Card Critical Damage boost. This increases the viability of Quick servants to be used in battle, whether it’s PVE or PVP. The boost she provides can also increase NP Gain, as well as NP refund. This makes it easier and faster to set up Quick servants and dominate the battlefield.

Her Arts Support NP can also provide an evade to all allies (one time only), a critical damage boost, and an instant death immunity effect. She is a great support servant that you will find very useful in a lot of situations.

The current Fate/Grand Order top servant to use is the Caster Merlin due to his overpowered team support effects. He can raise the performance of all Buster-centric servants, making them overpowered in the process. The wizard also has teamwide NP generation, teamwide protection, sustain, and a passive Star Generation. He can also dish out good amounts of damage, making him an overpowered servant in Fate/Grand Order. 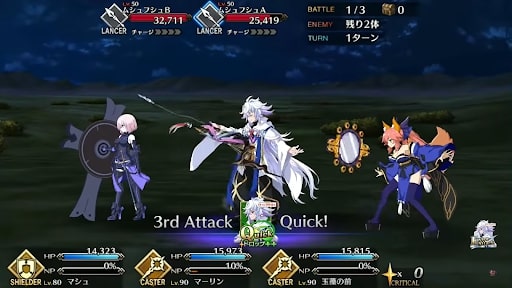 If players are asked who they consider as the FGO best servant, chances are almost all, if not all of them, will say Merlin. He is just that powerful and useful in battles. 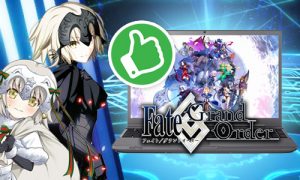 Fate Grand Order is a game that even non-players know about. Its presence in the free-to-play world is known throughout every platform even though it is just a handheld game.
Posted on January 19, 2021 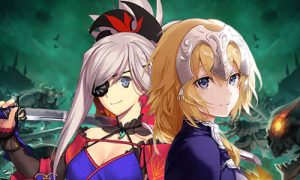 Back in 2015, Delightworks released Fate/Grand Order (FGO), a freemium online-RPG title combined with turn-based combat and a Gacha card system. In this game, players will traverse through time to fight and reclaim various personifications of the Holy Grail.
Posted on November 5, 2020