Launched in 2014, Five Nights at Freddy’s 2 (FNAF 2) is considered the best entry in the survival horror franchise. Considered by some fans as the magnum opus of Scott Cawthon, FNAF 2 boasts scarier animatronics and more challenges to overcome. The game launched in two versions, one of which is a demo and the other is a paid version.

Both versions became a huge success gaining tons of accolades and millions of downloads across multiple platforms. Today, the game remains to be one of the most iconic indie games in the survival horror category evolving into a classic title survival horror fans should check out.

And if you are new to the game who, like many, is struggling to survive, then you are on the right page as we have compiled some of the most useful tips and tricks that you can use in getting rid of those pesky animatronics in the game.

Five Nights at Freddy’s 2 gameplay follows the story of Jeremy Fitzgerald, the new night guard of Freddy Fazbear’s Pizza. As innocent as the lore may sound, Jeremy will soon find out that there is something off with the pizza joint. An anonymous phone call will eventually confirm his suspicions. Five Nights at Freddy’s 2 like its predecessor is presented in first-person perspective making the jump scares and encounters as immersive as possible.

Animatronics – How to Fend them Off

Surviving seven nights in Five Nights at Freddy’s 2 requires strategy, reflex, and nerves of steel. With that said, if you think that you failed so many times that you are getting used to the jump scares, then a little help won’t hurt.

With that said, feel free to check out our animatronics list below to help ease your burden of getting stuck.

The Puppet is an inanimate object possessed by the paranormal and is a major antagonist in the game. This humanoid animatronic is concealed in a huge gift box located in the prize corner. To keep this character at bay, all you need to do is make sure that the music box is playing seamlessly.

Golden Freddy is a secret character from the original game. In FNAF 2, this ghost animatronic bear will not appear in the game until nights 6 and 7. One notable attribute of this entity is teleportation that makes it undetectable in cameras. Use the mask when this ghost appears in the left corner of your office.

Mangle is another major antagonist in the game that appears in the hallway and vents. If you spot this fiend in the vents, you need to put on your mask to fend her off. You can also flash your light at her when you spot her in your office.

Foxy is a major antagonist described as an animatronic pirate fox. This character will forcefully stuff you in a Freddy Fazbear suit. You can fend off this fiend by flashing your light and opening the camera light.

Balloon Boy or BB for short is a human animatronic that is commonly seen in the game arena. Fending off this entity requires putting on your mask only if he is on the vents. Nevertheless, once BB reaches your office, you will not be able to fend him off.

Toy Freddy is a bear animatronic that you can find on the show stage. This fiend is a redesigned version of the Fazbear Freddy in the original game. To fend off this character, you need to put on your mask the moment you see him in your office. Toy Freddy will enter your office through the hallway.

Chica is an animatronic that looks like a chicken. This nefarious chicken will stuff any human into a Fazbear suit. Fending off this character involves putting on your mask if you see her in the vent to your left. A thumping sound will serve as your signal that she left the vent. Chica will also appear in the hallway but will not enter the office.

Bonnie is a blue animatronic that looks like a rabbit. There are two versions of Bonnie in the game. The first is the regular Bonnie and the second is the Withered Bonnie. You can fend off this entity the same way you fend off Chica.

Now that you know how to fend off the gang of animatronics, your next move is to jump back into the game. The best part is that you can now play this game on your computer. Just click the link to get Five Nights at Freddy’s 2 in your PC! Well that is, if you’re ready to face your worst fears. 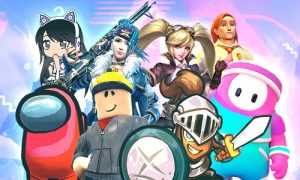 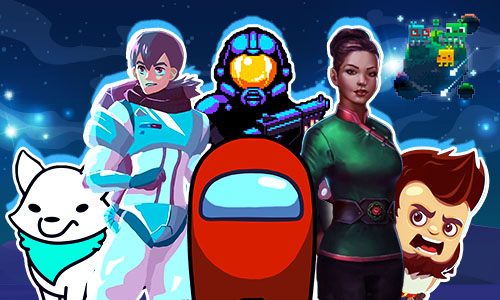 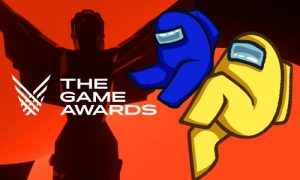 Among Us is one of the best multiplayer games in the year 2020. It has created such a trend online that millions of gamers are playing it day and night.
Posted on December 22, 2020