Mathilda, the Swift Bloom is the latest hero to be released for Mobile Legends. She is the first hero to have Assassin and Support Roles. That said, let’s take a look at what her Skill kit looks like:

Mathilda gains Ancestral Guidance while moving. A full charge gives her next Basic Attack a bonus. She’ll deal 150 Magic Damage multiplied by her Total Physical Attack and 80% of her Total Magic Power. She’ll also get a 50% Movement Speed enhancement that degrades in 2.5 seconds.

The power of Mathilda’s ancestors emanates from her which allows her to summon wisps that surround her for 3 seconds. As her movement distance increases, she will attract up to 4 more wisps.

Casting this skill again or upon reaching the time limit, the wisps will attack nearby enemies. Each wisp deals 300 Magic Damage that increases by 20 per level of the ability plus 50% of her Total Magic Power. When the wisps attack the same target, the subsequent damage is reduced by 80%.

Alongside Ancestral Guidance, once she uses Power of Ancestors against her lane rival she’ll deal significant damage to her target. She is especially deadly when she manages to square up against a single enemy. The Wisps will all attack that unfortunate soul and take out a big chunk of HP.

Mathilda lunges on a target area and creates a field surrounding her once she lands. Allied heroes within the field will get the Wind Force skill that they can use to blink to Mathilda. When Allies use the Wind Force skill, for 1.5 / 1.7 / 1.9 / 2.1 / 2.3 / 2.5 seconds both of them will gain 30% Movement Speed per level of the skill.

The moment allies exit the field for 2 seconds, they will lose the Wind Force ability. Moreover, when an allied hero casts the move, all other allies will be unable to cast the same skill for a short duration.

Wind Force is a blink ability that allows Mathilda to close in on her targets. Using it in conjunction with Power of Ancestors will result in Mathilda dealing massive burst damage.

In team fights, The skill is a good movement buff for her teammates since she grants allies in the area she lands on the ability to blink to her direction. In high-level plays, this can be used to secure kills, objectives, and an escape tool for unwanted clashes.

Mathilda targets a hero with a Soul Mark that deals 160 / 180 / 200 Magic Damage per level times +40% TMP. After marking her target, Mathilda has 3 seconds where she can recast the skill again. Doing so will make her revolve around the target for up to 3 seconds. While she is whizzing about, she will summon wisps that will rush to nearby enemies. The wisps deal 40 / 45 / 50 per level of the skill times +20% Total Magic Power Magic Damage.

After casting Lightness or once the 3-second time limit expires, she will rush towards the target and knock enemies back. The enemies will take 640 / 720 / 800 Magic Damage per level of the Ultimate times +80 Total Magic Power. Furthermore, Mathilda gains Control Immunity and 60% Damage Reduction while Lightness is in effect.

Lightness is her all-in move. This single-target skill grants her the ability to burst down targets with massive magic damage. Using Lightness with Power of Ancestors is especially deadly on enemies since she can mark them down. This will take out a big chunk of their HP for her teammates to finish the job. In other cases, she can use Lightness to secure kills and pick off any stragglers following a clash or gank.

During team fights, Lightness also has decent damage on the second cast. The Control Immunity Mathilda gains make her dangerous as she flies around with her Wisps attacking everything in sight.

In summary, Mathilda’s skills and abilities evoke her Support and Assassin roles well. Power of Ancestors is a strong poke DPS skill, while Wind Force is a good gap closer and escape mechanism. Lightness is excellent at initiating and securing single target kills. It’s also a good source of burst damage for her team during clashes. She’s a must-have once she rolls out this holiday season. You can get her for free if you log in on December 12, 2020. If you want to try her out, then now’s the best time to play the action-packed MOBA game on PC! 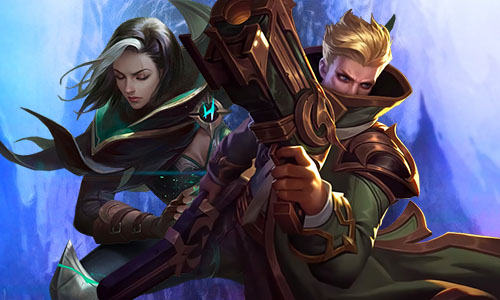 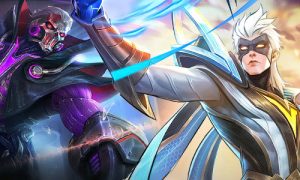 One of the popular MOBA games you can play right now is Mobile Legends: Bang Bang. It’s played by millions of players all over the world.
Posted on March 15, 2021 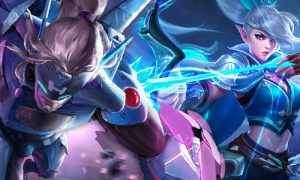