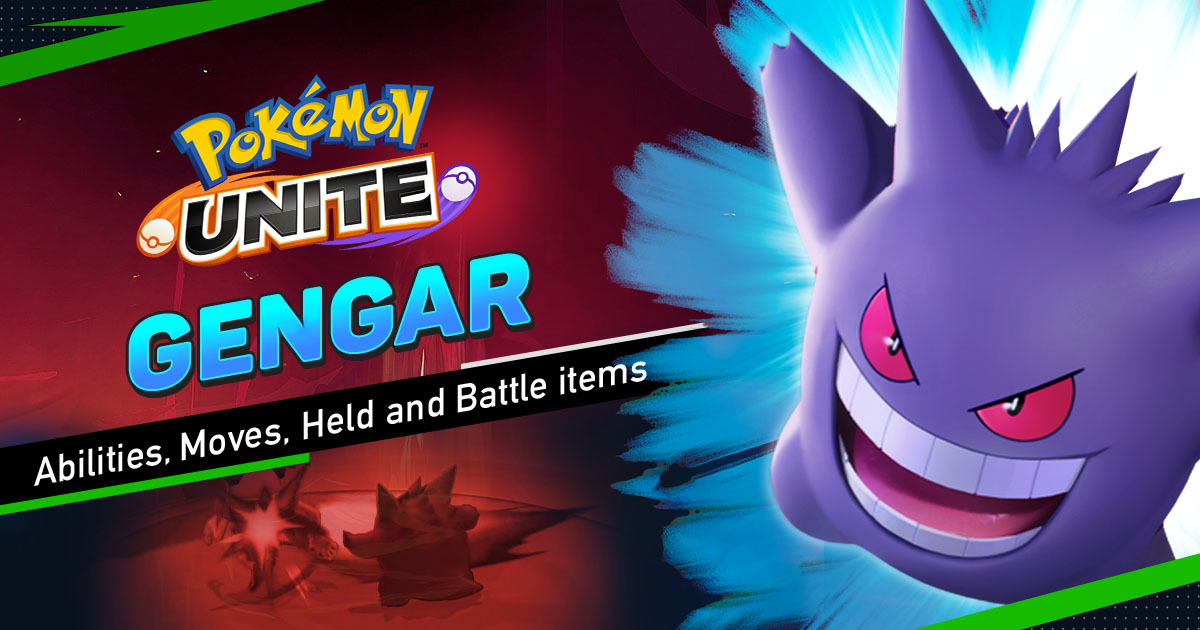 One of the original 20 Pokémons in the Pokémon UNITE, is Pokémon UNITE Gengar, who is known to be the master of surprises. This Pokémon is renowned for being S-Tier ghostly Speedster with an Expert level of difficulty. Its pre-evolution form as it starts the fight is Gastly. In addition, Gengar is one of the most difficult to master Pokémons, and it takes time to understand how to play this sneaky speedster fully efficiently.

But, it must be your lucky day as we give you its best moves, abilities, held items, and battle items to help you conquer the battlefield using this awesome Pokémon.

Before jumping into Gengar’s moves, this Pokémon is not instantly available in-game. You need to spend 10,000 Aeos coins to acquire the Unite license of Gengar. Moving on to the moveset and abilities of Gengar, like all Pokémon in this action game, you need to concentrate on leveling up to unlock the destroying abilities of Gengars as you begin the battle.

Apart from that, Gengar is the kind of Pokémon that best describes surprise attacks and being sneaky. But, as you progress in the battle, new moves are discovered, making the user develop amazing combos.

If you want to be successful in every battle, you want to ensure that everything falls in the right place, from the area, foliage, and the perfect timing to utilize a move or combo. Gengar has a passive ability called “Levitate.” In this attack, Gengar’s movement speed increases when he’s out of combat.

In the early game, Gengar entirely does disturb and bring damage to the enemy team. As the game starts, you need to choose which move should land first to your arsenal; however, you can still add the other one once you get into level three. It’s highly recommended to select the “Will-o-wisp” move first as it offers excellent range damage because it shoots flames to the enemy and continuously hits it after being burned. In addition, this move is substantial when farming points to level up your pre-evolution form.

Once Gengar reaches level five, you need again to decide which move you need to add to the Gengar moveset. At this moment, the two moves are both AOE. If you are looking for a move that can decrease the movement speed of your enemy while achieving a special defense, you must opt for the “Shadow Ball.”

On the other hand, the “Sludge Bomb” move is similar to the Will-O-Wisp move, where you will continuously wreak havoc after poisoning the enemies with sludge. It’s up to you which move you wish to replace with the second attack, but both moves are advantageous to your gameplay.

At this moment, you level up into a “Hunter” form, and you need to learn a new move. Like in the early game, you need to select a move. The first move is known as “Dream Eater” it is a move where you will make your enemies asleep while causing damage to them, and you are restoring your HP. If you want to unveil the sneaky aspects of Gengar, you need to activate the “Hex” move. In this move, Gengar will disappear and suddenly reappear, giving impact damage to opponents. It is highly recommended to choose the Hex between the two moves as it can help you out, especially when you’re stuck in tricky situations.

In the end game, you will discover Gengar’s unite move, which is the “Phantom Ambush.” You will be invisible as you jump into a particular area in this move. From there, Gengar’s movement speed will be increased. Once you activate it again, Gengar will damage opponents and negatively affect their movements. What is tricky on this move is your opponents won’t see you coming towards them, but they can see the respawn timer.

Overall, the best build you can do for Gengar that highlights its surprising perspective is Will-O-Wisp, Lick, Sludge Bomb, and Hex, respectively, from level one to level seven. You can choose this Gengar build, but if you want to try a different thing, you can mix and match the moves available for Gengar.

In playing Pokémon UNITE, you are only allowed to choose three held items for a single Pokémon. And, as for this ghostly speedster Pokémon, we highly recommend players to select from these options.

As for the battle items, you only need to choose a battle item for every match. As for Gengar, you can choose among “X attack” to temporarily increase your Pokémon’s attack and sp. attack damage. You can also bring in “X speed” if you are opting for additional movement speed and “Fluffy Tail” if you want to stun a near enemy and make them deal more damage.

We hope this guide helps you effectively use Gengar on your matches. For more information, guides, and updates about Pokémon UNITE, stay tuned here at Games.lol. 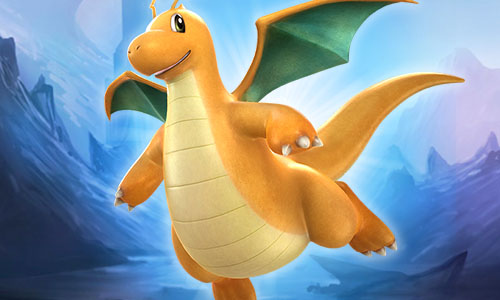 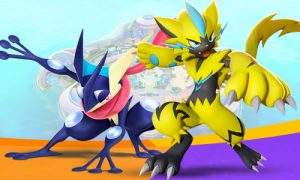