Smash Legends – Comparing The Mobile Game To Its PC Counterpart

Smash Legends, a new game that was developed by 5minlab and published by LINE Games was just launched last April 13. It’s an online multiplayer action game where players get to battle against each other in a 3-vs-3 brawler inside an arena. The goal is to completely knock other players off the arena. But the duration of the match will only be 3 minutes, which means you should expect fast-paced action.

What’s great about this game is that players will have multiple maps and game modes to play. The game also has 9 characters, each having unique skills and abilities, allowing players to have options when it comes to the playstyle.

Before this Smash Legends game was launched for mobile platforms, people were already treated to a PC version, which became available via Early Access last March. So, how does this game compare to the other beat ‘em up game? What are their similarities and differences? Which among them is better? Let’s discuss all of these things in this article.

Both Have Similar Graphics & Gameplay

One of the things that you will notice when you play Smash Legends, whether on PC or mobile is that it is practically similar. There are no differences when it comes to the graphics as well as the gameplay. They’re consistent on both platforms, and you won’t notice any difference at all. If there was any difference, they’re only minimal and won’t be noticed unless you really try to look for it.

In terms of gaming experience, there also won’t be anything different noticeable. From the matchmaking time, latency, character movements, and so on. When you play, you won’t really be able to tell if it is on a PC or not. Even the PC’s bigger monitor advantage is not easily discernible since the developers made sure to adjust the game properly based on the platform players are using.

The Game’s Controls Differ Depending on the Platform

The major difference when you play Smash Legends on different platforms is the controls. When you play on a PC, you use the keyboard to play the game. The directional keys will act as your navigation buttons to control the movement of your characters. Then you will have more keyboard buttons to use for other actions like a normal attack, secondary skill, and so on.

For mobile, the game will have a navigation joystick on the left side of the touchscreen while the right side will have action buttons for attacks and skills. If you’re more used to playing games on a touchscreen device and just holding it to your face, then you will have more fun playing Smash Legends on mobile.

Which Platform is Better when Playing Smash Legends?

It’s really difficult to determine which platform is better to play Smash Legends. On a PC, you will have a bigger screen, which is something that many people prefer when playing video games. Playing on the keyboard, though, can be a bit of a learning curve in the beginning. But once you get used to it, you won’t have issues playing the game. You can choose to use a USB-connected controller so you won’t rely on the keyboard when playing.

PC provides a big boost for players who prefer flexible options when it comes to playing the game. On the other hand, mobile platforms offer a better control experience. The touchscreen layout is perfect for how the game is played. This means that you will have a shorter learning curve playing Smash Legends. It won’t be long before you’re starting to perform combos and other actions easily.

One issue you might have is that the screen size is not as big as that of a PC. Though the developers did a good job of properly adjusting the gameplay depending on the platform, you might just prefer a bigger screen for gaming. Both platforms have their advantages and disadvantages. Deciding on which is better will depend more on your preference. 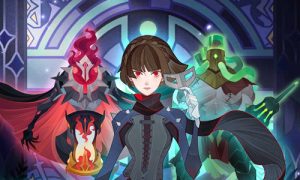 Jump into the action-packed world of Esperia. It’s a place brimming with magic, heroes, champions, and delight.
Posted on September 5, 2021 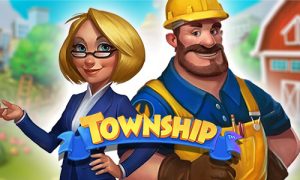 Township Guide: How To Level Up Fast In Township

Are you ready to become the mayor of a city that’s rich in farming and factories? In Township, you can start cultivating plants, raise livestock, and deliver goodies to customers and increase your livelihood.
Posted on October 10, 2021