A fun and unique RPG that you can play right now is Arknights, a strategy RPG published by Yostar Limited. What’s unique here is that the battle system of the RPG is like a tower defense game. You’ll have characters called operators, which are like your defense towers. You’ll place them on the battlefield to prevent the enemies from reaching you and depleting your health.

Though a good strategy will be very useful, you need to rely on your operators to win battles. There are many operators available, where each of them belongs to a certain class. These classes are Defenders, Caster, Sniper, Vanguard, Guard, Medic, Support, and Specialist. Each of these classes plays a certain role during the battle.

There are also many different operators available in each class. If you’re looking for the best medic in Arknights, then you’ve come to the right blog post. This guide will discuss the Arknights medic tier list for September 2021.

More About the Arknights Medic Class

Before we go to the tier list, let’s first talk about the medic class. As the name of the class suggests, they’re the healers of your team. Their role during the battle is to heal other operators, restoring their health and allowing them to stay in battle longer. They’re important in that regard since you won’t prevent your operators from losing life in the course of the battle.

The Arknights medic class doesn’t attack enemies. Their attack stat is your gauge to determine how much healing the operator will provide. Even if they don’t attack, having several medic operators in your team is important. Let’s now look at the Arknights best medic.

If you want to have the best healers in Arknights, then the S-tier Medic operators are your option. They are the best healers available, and the ones that you should use on your team. With them, you’ll have a better chance of surviving longer in battle.

There are only three S-tier Arknights medic operators, and they are Silence, Warfarin, and Shining. If you happen to have any of these three, make sure to prioritize them when upgrading characters. It would be best if you’ll have at least two of the S-tiers since it’s recommended to have two medics on your team.

If you don’t have any of the S-tier medic operators on your roster, no need to worry since there are still alternatives. They are the A-tier medics, which are also great healers in their own right. They may not be as powerful as the S-tiers, but they’re close enough. They can also help you survive in many battles, including the difficult ones.

There are more options for the A-tier Arknights medics since there are five of them available. They are Perfumer, Whisperain, Ceylon, Ptilopsis, and Nightingale.

The A-tier medic operators should be your next priority when developing your heroes. Of course, you need to focus first on your S-tiers, but don’t forget about the A-tiers as well. Keep in mind that you’ll need two medics on your team, and there are slim chances that you’ll have two S-tier medics available.

The B-tier medics are good healers. They’re still viable options in case you don’t have A- or S-tiers on your roster. Although the B-tiers won’t be as effective as the higher-tier medic operators, they still do the job. Most of the medic operators on this tier are likely what you’ll use early in the game since they’re easier to acquire. But as you acquire A- and S-tiers, they tend to be placed on the backburner.

There are five Arknights medic operators on the B-tiers, and they are Gavial, Sussurro, Breeze, Myrrh, and Folinic. When it comes to developing characters, just develop them as needed. But try to reserve most of your resources on the higher-tier operators.

If you’re still starting in the game, and you don’t have any of the S-, A-, or B-tier medics, then the C-tiers are a decent alternative. Don’t expect them to do extremely well in battles like the higher-tier operators. But they’re decent enough to get the job done. They’re your trump card in case you don’t have anything better available.

There are only three C-tier Arknights medics, and they’re Lancet-2, Ansel, and Hibiscus.

As much as possible, don’t waste any of your resources on developing these healers. Try to save it for your higher-tiered characters. The only time you should develop them is when you really need them to progress.

The Arknights medics are very important operators that you’ll need on your team. Their role is to heal other operators, allowing them to last longer in the battle. If you’re wondering who are the Arknights best medics, just check out the tier list provided in this blog. 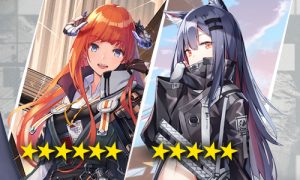 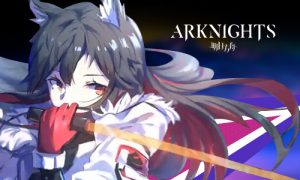