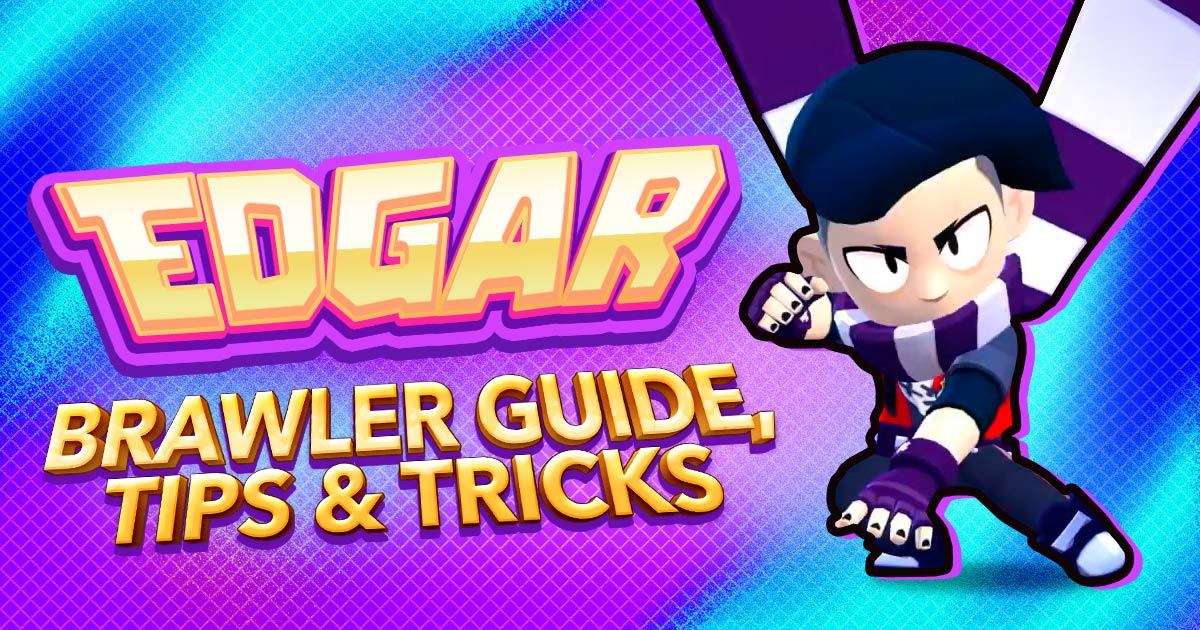 In the third-person, top-down arcade shooter Brawl Stars, you take on the role of your selected Brawler and participate in some events. You compete against other Brawlers to achieve a certain goal specific to each type of event. In most multiplayer battle arenas, characters or brawlers are the most crucial element in the game. The rest are just icing on the cake. Speaking of brawlers, today we will discuss a detailed overview of Edgar, one of the best assassins in the game. Without further ado, let’s dive right into it.

Edgar is a brawler that falls under the assassin class and epic rarity. You can obtain him via Brawl Boxes or as a Brawlidays 2020 present for free between December 19 and January 7. Up until July 1st, 21, any player may claim Edgar for free. With his super and his incredibly rapid movement speed, he offers tremendous and consistent burst damage and optimum mobility.

However, his low health and limited attack range make up for these advantages. Because Edgar is Brawl Stars’ smallest melee fighter, you should always maintain a safe distance when controlling him. Pay attention to both the attack and the last move. Half the battle is already won by accurately measuring the jump range.

His super can gradually recharge thanks to his trait. Over time, Edgar’s super automatically recharges. Without the use of any other super-charging powers, his super takes about 30 seconds to charge up. Besides slightly healing him after striking an opposing Brawler, his attacks include two rapid short-range blows. He is also equipped with a quick cool down and reload speed. His super allows him to leap over obstructions in a split second and gain additional speed when he lands. 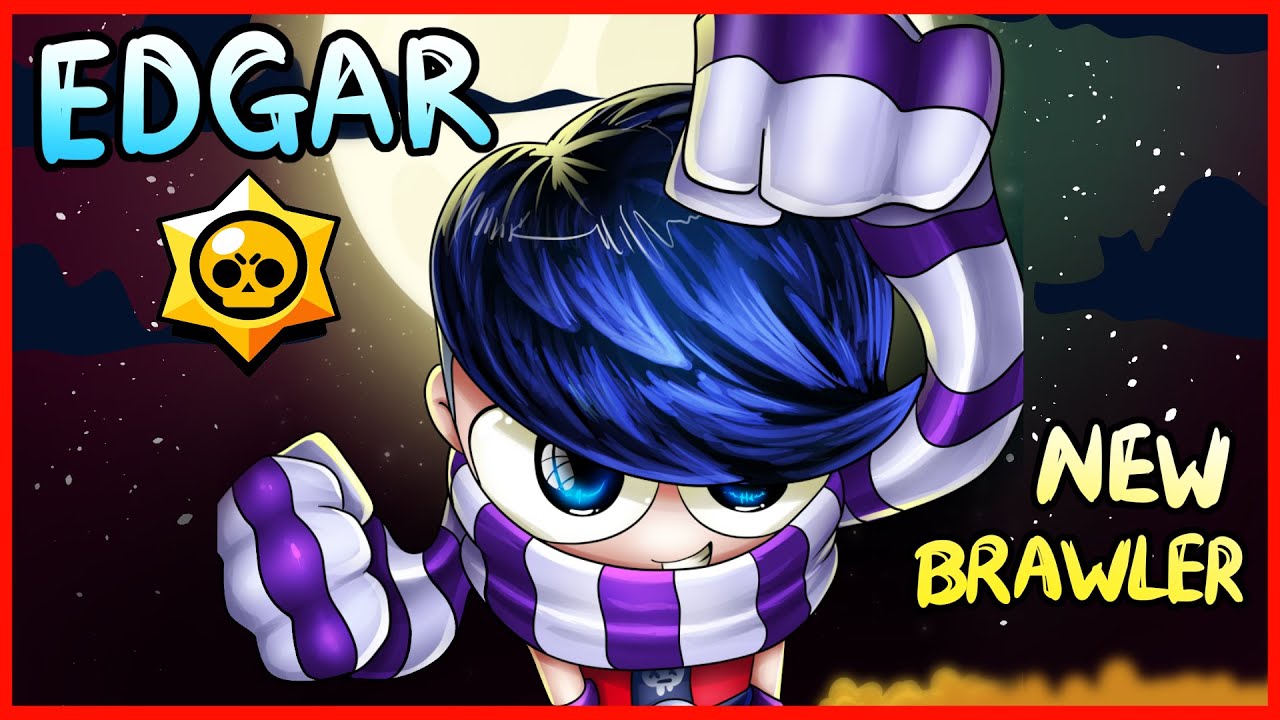 Edgar’s attack called Fight Club allows him to use his scarf as a weapon to deliver two close-range, piercing blows. It then restores his HP by about 35% for each damage dealt by his punch. The strike lasts for only 0.35 seconds and has a quick cooldown. Power Cubes and other external boosts like Colonel Ruffs’ power-up, 8-BIT’s super, or Belle’s super scale the quantity of healing.

His super, as mentioned before, allows him to leap into the air, briefly avoiding obstacles, and lands on the spot where it was pointed. His jump range is increased to the closest ground if there are lakes. Edgar is protected from all damage when in the air, except for status ailments and damage. He also has a 200-point movement speed boost upon landing that lasts 2.5 seconds.

Let’s Fly, his preliminary gadget momentarily boosts his trait’s super-charge. For 4 seconds, Edgar’s trait’s supercharged speed is 525% faster 3.33% to 17.5%. More charges are made every second as a result. Over time, let’s fly will charge 70% of Edgar’s super.

Hardcore, his second gadget, gives him strong protection that takes damage and deteriorates over time. The subsequent 2000 damage dealt to Edgar is first absorbed by a shield. The shield’s ability to withstand damage declines with time as it loses 100 vitality points every 0.5 seconds. The barrier vanishes, and Edgar takes the remainder of the attack’s damage if its damage exceeds the shield’s current health. Once this shield is activated, the damage dealt by Colette’s attack and her super will all be based on Edgar’s maximum health. Opponents can continuously charge their supers while inflicting damage to Edgar with Hardcore activated.

When an enemy enters his super’s radius of effect, his initial star power called Hard Landing enables him to deliver medium damage to them. Edgar does 1000 damage to a 3-tile radius immediately after landing from his Super. A modified landing indication also displays the area-of-effect. Fisticuffs, his 2nd-star power, enhances how much he heals for each punch. Per punch, Edgar gets 25% extra healing. This raises his base 35% healing rate for each punch to 43.75%. 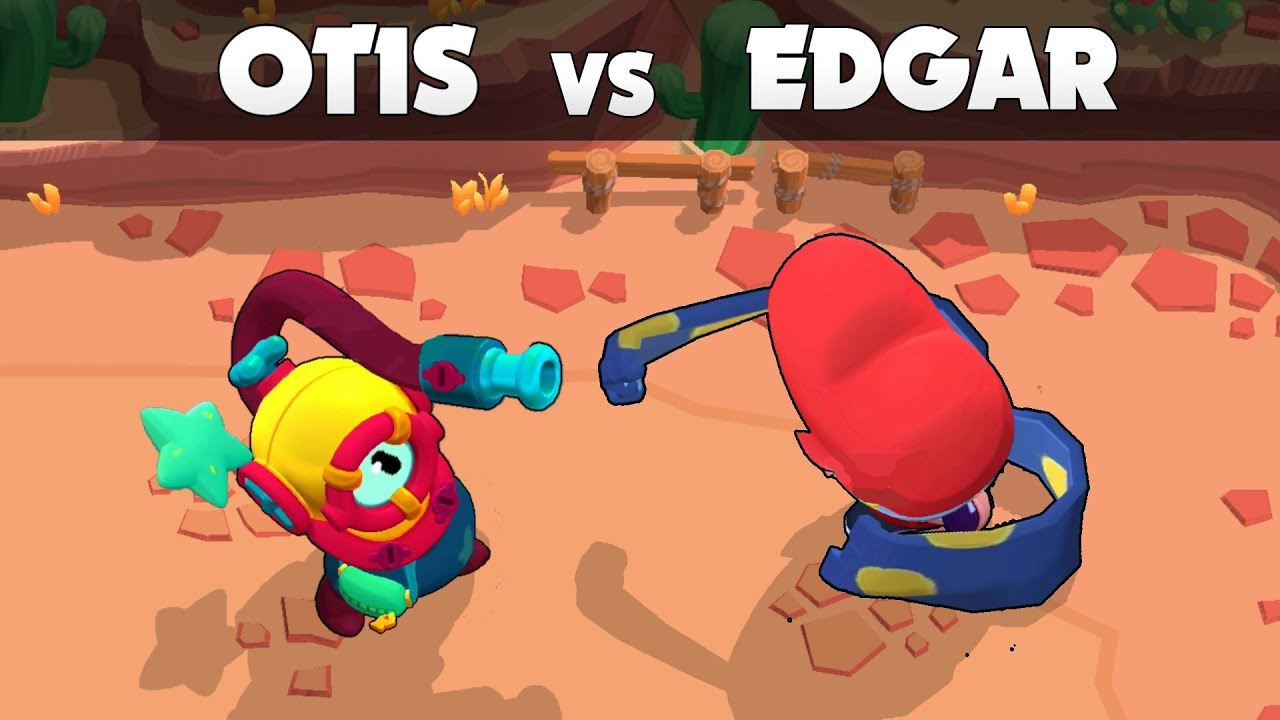 Edgar brawl stars may be low in terms of health, but there are multiple ways to use him effectively in the arena. Below are some methods when choosing this epic assassin as your brawler.

Due to his quick movements and excellent mobility, Edgar is a fantastic pick for Brawl Ball, Volley Brawl, Basket Brawl, and Trophy Thieves. In offense-focused modes like Showdown, Edgar excels as an ambusher and camper.

His speed boost following his super may be used effectively for Gem Grab and Siege. This ability allows him to jump atop the Gem mine or directly into the Bolt spawning. He can also collect Gems or Bolts, and then flee rapidly. Due to his constant damage output and excellent burst damage, Edgar is a specialized asset in Heist.

Focus on Brawlers with Low HP

Edgar has not enough vitality to easily outmatch tanks, but he can deal with slow-unloading high-health brawlers like 8-BIT, Pam, and Frank. Because of this, it is preferable to concentrate on other targets, particularly weaker brawlers like throwers and sharpshooters.

Edgar can use his mechanics in Boss Fight to give almost unprecedented offensive and defense. All thanks to his incredible burst damage/healing and agility. He is most effective in this mode when carrying a Power Cube because it increases his damage output and gives him increased survivability besides the healing. His Fisticuffs is more useful in this mode than Hard Landing as he can dive into hordes of robots and heal more potently. Also, he can generally survive longer, remaining insufficient against higher-health enemies despite the greater damage. In Dealing with High Damage Brawlers

Wait until a high-damaging brawler, such as Shelly or Spike, has expended some or all of their ammunition before attacking. They have the drawback of having little to no ammunition, thus Edgar can easily attack them without suffering harm. Even if he sustains damage during the enemy’s reload, his strike heals him and cancels out the damage the enemy already dealt. This enables him to declare victory. He can also endure greater harm because of his Hardcore Gadget and endurance.

Brawlers with the likes of Surge, Shelly, and Brock are dangerous to Edgar. The main reason is they can easily avoid Edgar and provide severe damage in short bursts or knockbacks. It is essential to employ his Hardcore Gadget on these Brawlers to lessen their damage after they activate their defense against him. It will help him survive longer and make him more challenging to defeat.

Enhance your Brawl Stars gaming experience by playing this highly competitive game on PC. You only need to visit the Games.lol game page and follow the download instructions. You might also like to try other action games. They are all free to download and play! 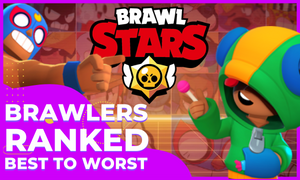 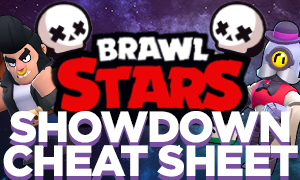