Pokémon, also known as Pocket Monsters, has been one of the most iconic catching and training monster franchises on the planet. What began as a concept born from insect collecting in Japan has evolved into a worldwide phenomenon dominating almost all entertainment media types. Like all popular franchises, it would not be long before the concept inspired the resurgence of other games and franchises. With that said, let’s take a quick look at our top picks of Pokemon game alternatives that you can download and play for free on your PC through Games.lol.

Since we are on the topic of Pokemon games, it’s only fair to include the free-to-play AR version of the monster-hunting adventure. If you are new to the title, Pokemon Go comes from the video game development studios of Niantic. This highly immersive title follows the same basic principle used in the Pokemon franchise—you catch monsters in real-life locations, evolve them, and battle them in various gym locations. The best part of this game is that you can now enjoy its unblocked version on your PC. This means that you can seamlessly transition between your mobile games to your PC once you install this version today.

Monster Legends is a free-to-play game developed by SocialPoint. Like the first game on our list, this title is a monster-catching and training game inspired by the Pokemon franchise. Do not be deceived by the free-to-play stricture embedded in its core, as Monster Legends is a balanced game that allows you to farm premium monsters. Furthermore, this game enables you to collect and breed over 700 types of monsters. Just like the Pokemon franchise, this game also features a solid multiplayer structure that allows you to battle against other players online.

Monster Warlord comes from the game development studios of GameVil. Part of what makes this monster collecting game unique from the other titles in this list is that it uses idle mechanics on its main combat system. Therefore, it’s a monster clicker game that allows you to partake in a near-endless quest of collecting and breeding monsters. In addition, Monster Warlord allows you to socialize with other players or warlords and challenge them in intense battles straight from your PC. Ultimately, Monster Warlord is best for those who love idle games combined with the monster-collecting concept.

My Singing Monsters is a musical monster collecting game developed by Big Blue Bubble. Unlike the other video game titles featured on this list, My Singing Monsters leans mostly towards the relaxing side of the genre. What makes it more like a Pokémon game is the collecting and breeding mechanics embedded in its core gameplay structure. Moreover, you get to collect over 150 cute singing monsters in the game. You even get to design your island, which is something that you don’t find when playing Pokemon.

Nexomon hails from the development studios of Vewo Interactive Inc., who published the game in 2017. Like the Pokémon franchise, Nexomon comes with an engaging narrative that spans across a vast map. Moreover, the game features over 300 unique monsters for you to collect and evolve. Explore a new world in an anime-like presentation complete with memorable characters in this game. To know more of what’s in store for you when playing this game, check out our Nexomon review.

Monster Super League comes from FourThirthyThree Inc and is a game inspired by the monster collection and evolution seen in Pokémon Games. This adventure game features over 500 monsters to collect and evolve. Moreover, you can also challenge other players in exciting and competitive battles. The unique feature of this game is that it constantly features collaboration events with other popular franchises.

There are still many games out there inspired by the Pokémon franchise. All you need is a bit of research for you to enjoy the same exciting gameplay. To that end, if you are looking to play some of the best Pokemon game alternatives on your PC, then feel free to check out those titles in Games.lol. It’s a dedicated site where you can play countless games on your PC for free! 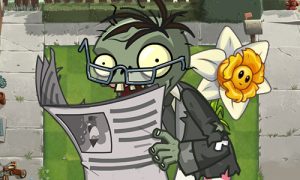 Plants vs. Zombies 2: What You Need To Know

Who would ever forget the original Plant vs. Zombies FREE on PC?
Posted on August 13, 2021 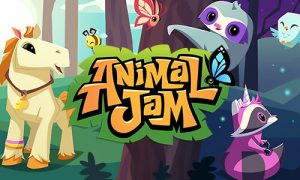 Animal Jam Guide – How To Play If You’re A Beginner

Do you want to let loose your inner animal? Well, you can do that with Animal Jam.
Posted on June 10, 2021 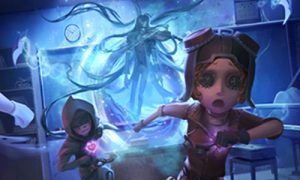