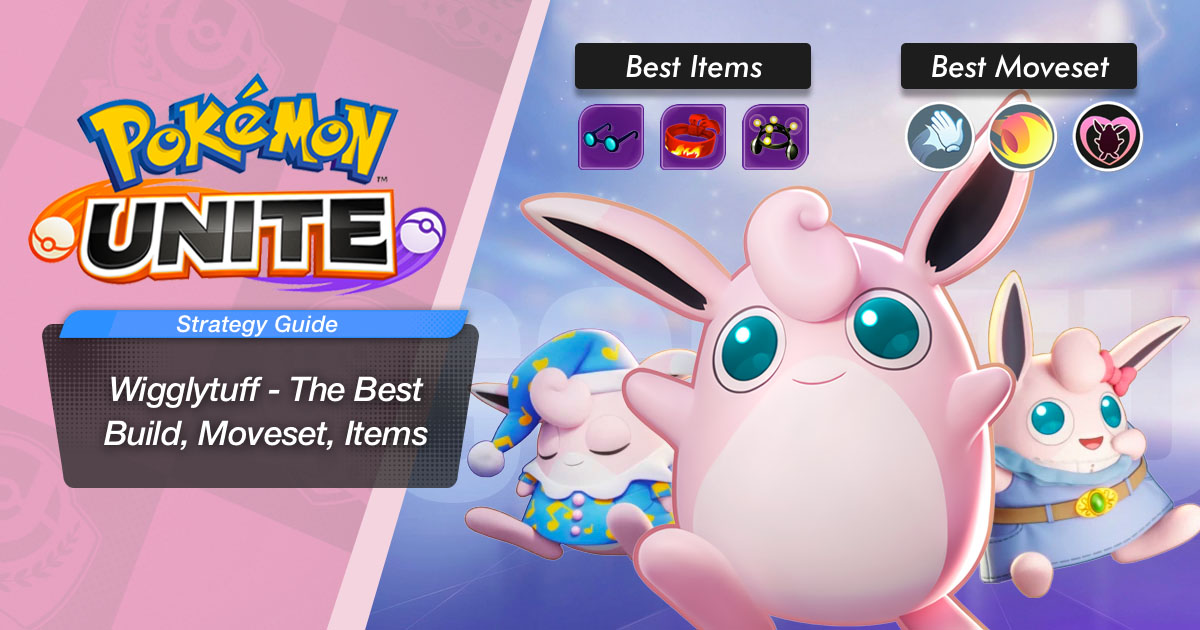 Pokémon UNITE continues to prove its immense popularity through its massive fanbase of players from across the world. Not only is the game bringing 5v5 MOBA battles to gamers anywhere purely for fun. But Pokémon UNITE also makes matches fierce for those competitive gamers looking for challenges. Either way now is the time to battle, and you will be needing the right Pokémon to join you to victory. Currently, the game has several options spanning multiple generations, including Zeraora, Blastoise, Machamp, and Alolan Ninetails.

As we’ve discussed in other previous guides, there are five roles you can play as – Attacker, Defender, Supporter, All-Rounder, and Speedster. If you’re more laidback and want to aid teammates from behind, go with a Pokémon UNITE Supporter monster. But, there is no better way to assist your team than going with Wigglytuff Pokémon UNITE! The Balloon Pokémon comes from Gen 1 and is a melee supporter with Special Attack, decent endurance, and mobility. Despite being underrated in most circumstances, you can still maximize its potential with the help of our Pokémon UNITE Wigglytuff guide.

Wigglytuff Pokémon UNITE’s license is one of the first 20 you can choose from after completing the game’s tutorial. However, if you missed your chance to get this Balloon Pokémon, you can head on to the UBC shop. Just prepare 8000 Aeos Coins or 460 Aeos Gems. Additionally, you can flaunt your style by donning any of the five available Wigglytuff skin Pokémon UNITE. Two of the five Wigglytuff skin Pokémon UNITE – Songstress and Pastel Style – are available during a limited-time event. You may also buy three with Aeos Gems or Holowear tickets; namely, Bonfire, Bedtime, and Frontier Styles.

Be a Pro at Playing Wigglytuff Pokémon UNITE

After reading this guide, you will have better knowledge of the best Wigglytuff Pokémon UNITE build. So let’s get started!

Supporter-type pocket monsters mostly stand in the backline to assist other roles like Attacker-type Pikachu or All-Rounder Pokémon UNITE Hoopa. Firstly, Wigglytuff Pokémon UNITE will start every match as Jigglypuff. For its passive, Cute Charm, Jigglypuff infatuates enemies within close range towards it before inflicting damage. However, unlike other Pokémon’s passive skills, Wigglytuff’s move has a 9-seconds cooldown.

This Pokémon UNITE Wigglytuff guide focuses on honing it to be a Supporter with attack capabilities. So, we suggest Jigglypuff learn Pound since it potentially lowers the enemy’s defense and speed. It additionally leaves foes powerless. Unlike Pound, Defence Curl gives Jigglypuff a barrier damaging enemies it touches; reducing the CD of Pound, Dazzling Gleam, and Double Slap to zero. 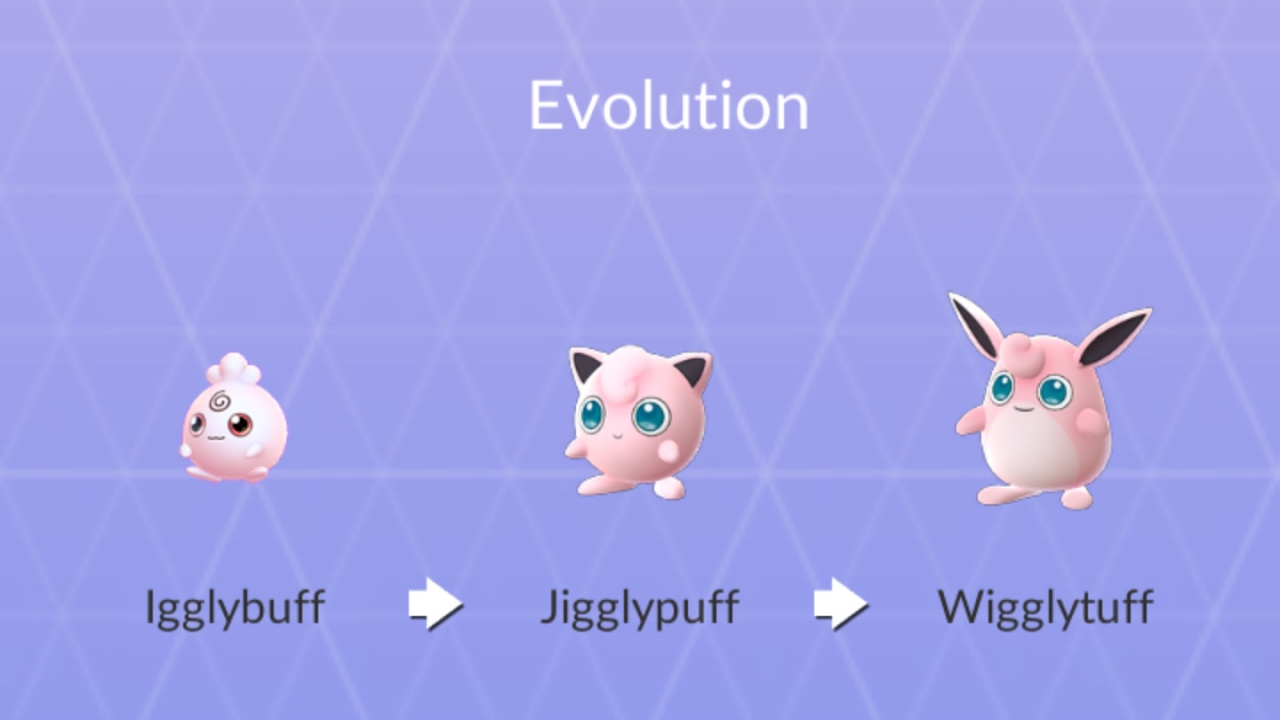 Jigglypuff will evolve to Wigglytuff when it reaches Level 4. At this point, we recommend learning Double Slap instead of Dazzling Gleam. The former unleashes a barrage of slap attacks while slowing down enemies. Whereas, the latter releases a glowing beam to hit opponents twice. By the late game, Wigglytuff is becoming a force to be reckoned with whether offensively or defensively.

During this phase, two Wigglytuff Pokémon UNITE moves are available—Rollout and Sing. For this Wigglytuff build, we prefer going with Sing for its AoE debuff that lulls enemies to sleep; leaving them vulnerable. Wigglytuff’s ultimate, Starlight Recital, unlocks at Level 8. This acts as a buff for Wigglytuff and nearby allies. Starlight Recital shields her teammates for a short time, giving them immunity to CC effects and removing all debuffs.

The Best Items to Consider for Wigglytuff Pokémon UNITE

Like always, we’ll tackle the best items to use in line with our recommended best Wigglytuff Pokémon UNITE build. Just like other monsters, Wigglytuff can wear up to 3 Held Items; which you can choose below:

All Pokémon can only bring one battle item in each match. To keep up with allies and support them, Eject Button is the best option. However, if you want to shine brighter as a Supporter, you can go with Potion. Consequently, X Speed is also ideal to keep enemies at bay while Wigglytuff unleashes her Unite Move. Fluffy Tail will help Wigglytuff secure wild Pokémon when laning and other in-game objectives.

We’ve come to the end of our Pokémon UNITE Wigglytuff guide. If you’re a fan of MOBA games like Pokémon UNITE, make sure to check out our game updates here on Games.lol! 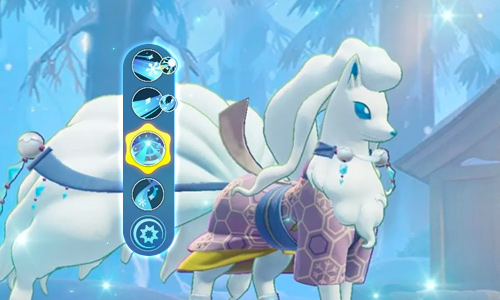 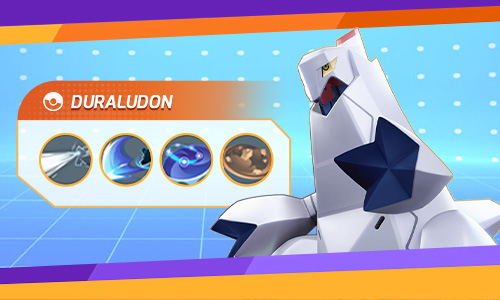 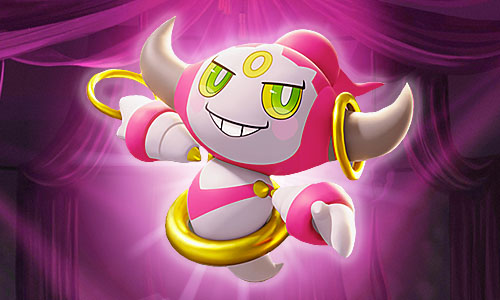